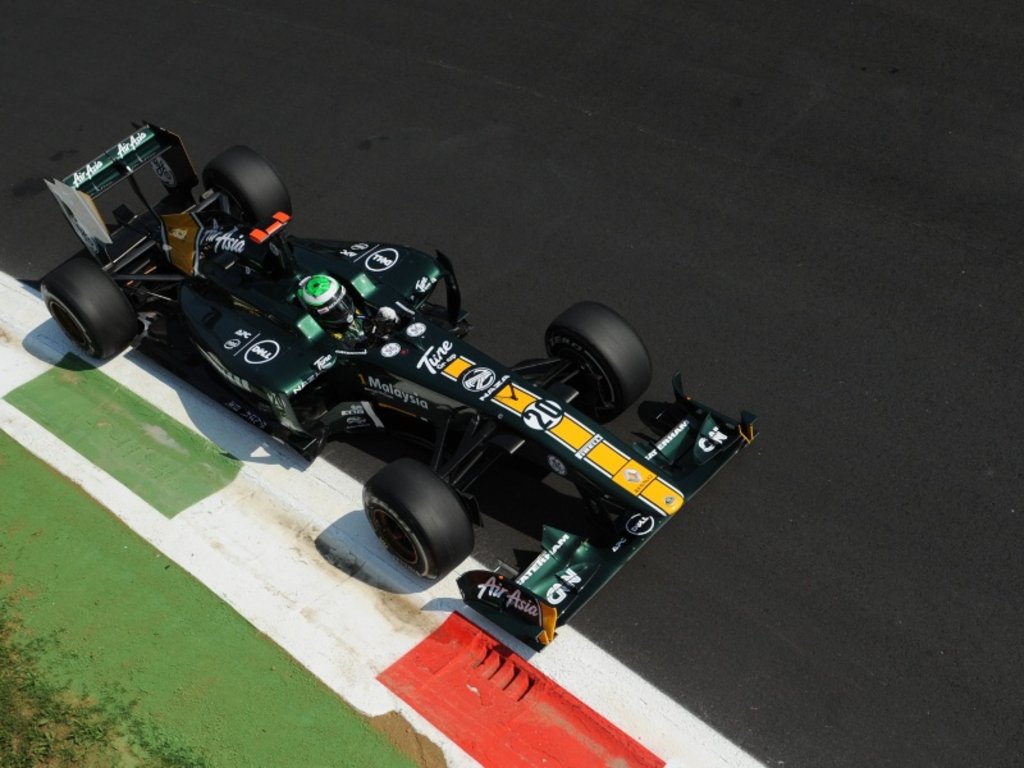 Heikki Kovalainen: “I’m really looking forward to getting back to South East Asia and particularly Singapore. I like the heat and we have a lot of support in Singapore so it’s a race the whole team is excited about. Last year was obviously a pretty spectacular end to the race, maybe a little too hot even for me and not quite how I’d like it to have finished, but there were a load of cool photos from the fire and we ended up winning the LG Moment of the Year prize for a shot of me putting it out. This year we go with a similar goal to last year – have a solid weekend, make sure we’re there at the end of the race to take advantage of whatever happens around us and do our best to push the guys ahead. There are a few obvious talking points around the race weekend – it’s a night race so all the drivers and teams stay on European time. In practical terms that means heavy blackout blinds in the hotel rooms, breakfast at lunchtime and our normal race weekend schedule all shifting forwards several hours to replicate the European race schedules. The heat is pretty hardcore for the guys in the garages, but I like it. Physically I have felt good all season and while it’s obviously more challenging in the humidity and heat of Singapore, it’s a good challenge and it’s what F1 should be all about.”

Jarno Trulli: “I left Italy after what had been a pretty intense weekend for me and the whole team! On track I enjoyed myself all weekend and if I hadn’t got hit by Massa I think I would have finished even better, but it was one of those races where we pretty much gave as much as we could, so I left feeling good about how we’d performed in all the sessions. I’ll go to Singapore as late as possible, to make sure my body-clock isn’t affected by the fact we run at night. I’m excited to get back to somewhere that means so much to Tony, Din and Nasa, and to see the strong fanbase we have out there but once we’re on track I treat it just like any another race – the circuit is so well lit you don’t suffer from any issues to do with light, and as its layout is similar to Monte Carlo it’s somewhere I feel pretty comfortable.”

Mike Gascoyne, Chief Technical Officer: “We approach Singapore in much the same way we do Monaco. We will be running with a maximum downforce package with a new floor and diffuser and bigger front brake ducts to cope with the brake cooling demands. The numbers from the wind-tunnel look pretty promising for the update to the floor so we will see what we have found when we get out on track. Because the track surface is very bumpy we have to run the cars at almost the highest ride-height settings of the season whilst also focusing on braking stability and maximising traction to generate the quickest lap times. As Singapore is a street circuit the track surface is very green when we first run on Friday, but it has high evolution throughout the weekend and by Sunday the grip levels have improved dramatically. Pirelli are bringing the soft and super soft compounds to Singapore and it will be interesting to see how teams deal with the degradation rates of both, especially in qualifying and in the race itself.”

Tony Fernandes, Team Principal: “I have been looking forward to Singapore for the whole year -there is an incredible atmosphere around the whole place and the fact it is a night race just adds to the spectacle. Alongside Malaysia and Silverstone this is our third home race of the year and the support we have in Singapore is fantastic, both from the Singaporean locals and from the thousands of Malaysians and other visitors from around the world who attend what is always a fantastic race. The heat and humidity are obviously challenging for the whole team but we have shown throughout the year that our guys are ready to take on whatever lies ahead of them, deal with it and keep learning and progressing. One of the most pleasing aspects for me over the last couple of races has been to see the improvements in the garage and on the pitwall that have seen us perform quicker pitstops, turn the cars around during and in-between sessions more quickly and efficiently, and make the right strategic calls at the right time. This was particularly true in Italy where Jarno performed particularly well all weekend but was robbed of a higher position by bad luck and Heikki also gave his all, giving us 120% all weekend and helping us show what we can do when the opportunities arise. Drives like those, and every step forward for the team, are all part of the process of our development, and while we are working very hard behind the scenes to put all the pieces in place for the next phase of our growth, the team is working equally hard under intense pressure at the races and back at the factory and it makes me very proud to see how far they have already come. The icing on the cake now would be a point – perhaps we can win the LG Moment of the Year for 2011 by recording our first points finish, that really would be daring to dream!”