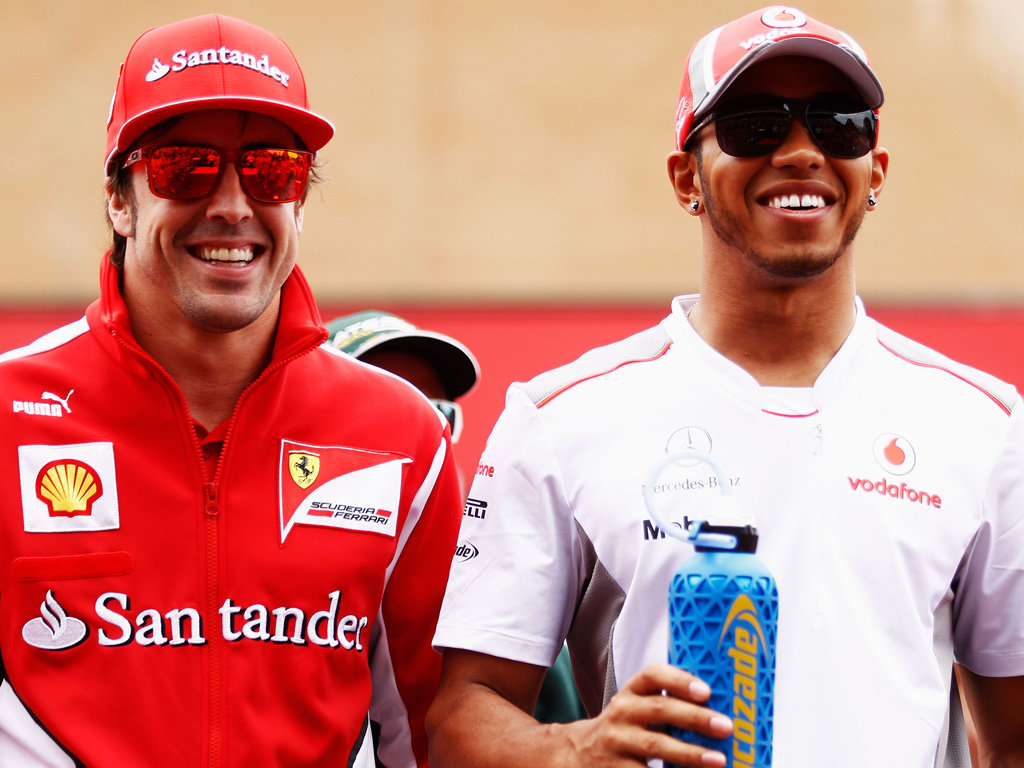 Fernando’s continuing whitewash is beginning to cause concern at Maranello, while Lewis has banished his own tyre demons…

Red Bull Racing
Race: Vettel
Season: Sebastian Vettel 3 – Mark Webber 2
Last race we had the 2011 Vettel and this race we had the 2009 Red Bull, occasionally fast but a bit fragile and going through new noses faster than the late Michael Jackson. Mark should obviously have been a lot further forward than he was and got stung by trying to save too many tyres in Q2. He knew it was going to suck from P12 on the grid and he wasn’t wrong. In the race he lost performance from his tyres simply because he got stuck in traffic. Sebastian made better progress by starting higher up the grid, having to follow fewer people and getting a nose change when the gaps between cars were bigger and the delay less significant.

McLaren
Race: Hamilton
Season: Jenson Button 2 – Lewis Hamilton 3
Some very interesting comments from Lewis after the race that give an indication of the tensions brought about by comparison with your team-mate. “Someone told me that I was the only person on a two stop, so I think that considering everyone keeps telling me that I am hard on tyres and how much smoother my team-mate is, I think that should show them.” In fact it was his opening stint that was the most impressive because he overtook cars, diced in traffic and got his tyres through to Lap 15 – if you compare that against the Red Bulls of Lap 7 and 8. Button had another moany weekend. If Kimi Raikkonen’s default phrase of the year is “I’m disappointed” then Jenson’s would be, “I’ve got no rear grip.” Race engineers must have the patience of saints.

Mercedes
Race: Rosberg
Season: Michael Schumacher 2 – Nico Rosberg 3
For Michael, the accident with Senna was like a throwback to his return season when he hadn’t quite come to terms with the speed of cars and would get embroiled with Kobayashi and Petrov on a regular basis. Another good combative start from him though and he didn’t bang on about Pirelli tyres, even though a few more started to grumble, although not as overtly as Schumi had. Following a heated driver discussion on Friday, Nico Rosberg kept his head down and wasn’t so possessive about places as he had been in Bahrain. He did manage to resist Kamui Kobayashi, but not for long.

Ferrari
Race: Alonso
Season: Fernando Alonso 5 – Felipe Massa 0
Yet again Alonso looked like he was driving above the car’s ability while Massa appeared to be driving below it. If starts were races, though, Felipe would be up there challenging for the title, he rocketed forward from P16 on the grid to P11 on the opening lap. It’s not the first time he’s made up the difference of a poor qualifying, but now the clock really IS ticking. Circumstances in the race conspired against him. His drive-through penalty was a marginal call and hard to stomach when you consider Romain Grosjean had two collisions that affected two drivers’ races yet wasn’t even investigated by the stewards.
Alonso was his dependable best, never likely to give it less than maximum in front of the Annual General Meeting of the Fernando Alonso fanclub. For those collectors of sublime Andrea Stella (Fernando’s race engineer) moments on team radio we had an old favourite come back at Barcelona. Andrea sounded like he was already on the harbour front in Monaco, on a caf