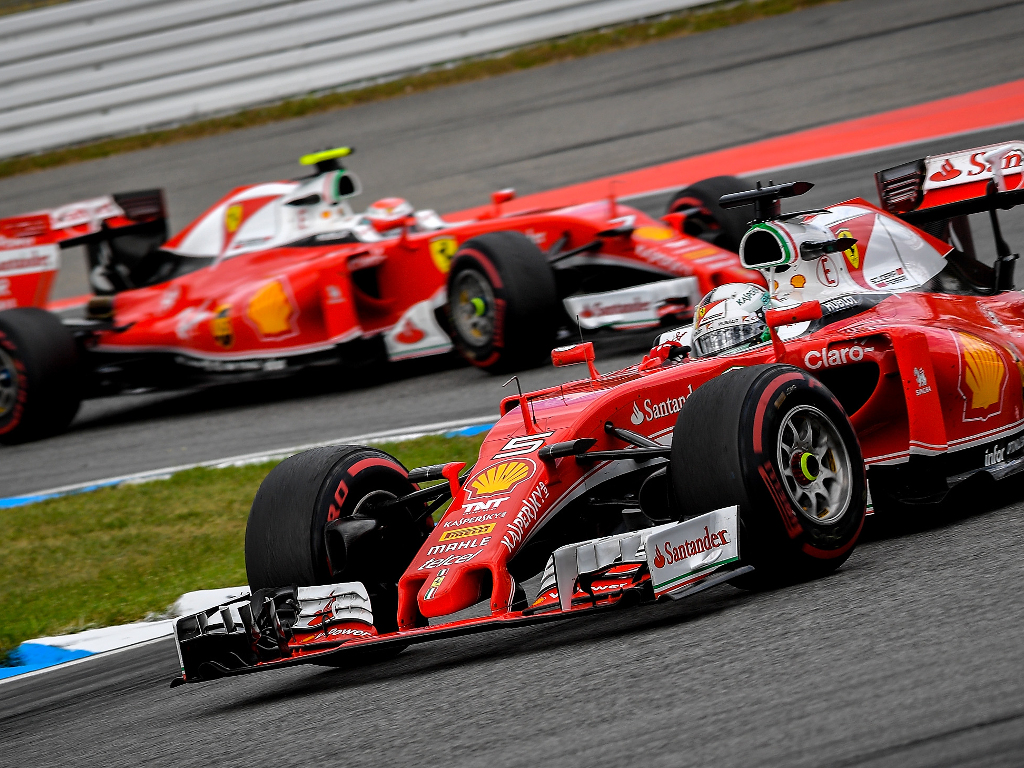 Star of the Race
Lewis Hamilton

Mercedes
Race: Hamilton
Season: Lewis Hamilton 8 – Nico Rosberg 4
The lap Nico put in to grab pole position was one of his finest ever, given the pressure he was under. He had every excuse to come up short, the apprehension caused by an electronics failure on the first run, the fact that he was fuelled for a number of laps not just the solo banzai. And he managed what Lewis couldn’t do.

The first ten seconds of the race was not so good and fourth place from Turn 1 stayed fourth place at the finish thanks to some canny pit-stops from the Red Bull team, combined with an overtaking move that could have been brilliant, but was ultimately flawed. He definitely caught Verstappen napping, he just didn’t have the confidence to battle it out at the exit of the turn.

When people try and fail to overtake on the outside and get washed out to the edge of the track, that is just a racing incident. The car on the inside is taking the racing line and there’s not room for both of them. In Rosberg’s case at Hockenheim, he didn’t make the turn on the usual racing line, he drove off the racing line and kept driving straight on till he got to the outside of what is a super wide corner. It’s not exactly Paris-Dakar between the apex and the outside of the hairpin, but it’s a long way. When there was no more track left for Max Verstappen, Rosberg started to turn the steering wheel. It was inept and cost him two positions and six points.
Hamilton up front managed the race from the moment he got through Turn 1. These days he is managing things so tightly that he’s given up putting in fastest laps for fun.

Ferrari
Race: Vettel
Season: Vettel 8 – Raikkonen 4
Raikkonen and Vettel were closely matched throughout the weekend, but whereas Kimi is prepared to put his head down and get on with it, Sebastian is beginning to query everything. You can understand he might be a bit wary after strategists took the Australian GP away from him, but the spoilt kid who won’t do what he’s told is re-emerging.

Red Bull
Race: Ricciardo
Season: Ricciardo 4 – Verstappen 4
What could have turned into a big pile of carbon fibre on the outside of Turn 1 on Lap 1 was actually translated into a glorious 2-3. It’s hard to say if Daniel got P2 through sheer driving merit, or because in the chess match of Red Bull vs Nico Rosberg, his option was faster. Max wailed on team radio about the super-softs, “this is not the race tyre,” but it was the adroitness of his team-mate in Turn 1 that kept them both in the race.

Williams
Race: Bottas
Season: Bottas 8 – Massa 4
Felipe had a poor qualifying and a worse race. Bottas fared slightly better, but looking at the timing sheets from around Lap 53 would have been scary for the Williams team because Valtteri was the first one into the 1:22s while all around him were doing 1:21s. It was soon obvious that his tyres were going and Williams decided he was beyond the point of going in for a pit-stop. In fact he wasn’t. In the laps afterwards he began losing a second a lap to Hulkenburg, then 1.5, then 2, then 3 seconds and worse. So a pit-stop would have helped. But hindsight is a wonderful thing.

McLaren
Race: Button
Season: Button 4 – Alonso 7
Jenson outqualified Fernando and though they circulated in close attendance, the No.14 car didn’t edge past the No.22. McLaren knew they would be marginal on fuel this race, but the team’s progress this year has been – and this is a word you probably didn’t expect after the 2015 debacle – inexorable.
Fernando left Ferrari because he was fed up coming second, and last year you though that he’d made a pretty poor decision because the Mercedes-Ferrari gap was coming down. Now, with James Allison leaving Maranello and the team going backwards, he must be thinking a lot more positively. No more sunbathing in marshals’ folding chairs for him.

Force India
Race: Hulkenberg
Season: Perez 6 – Hulkenberg 6
Perez got a terrible start to compound the Hungarian GP’s terrible pit-stop. At the end of the season, the BBC used to give out a prize for the best start of the year (unofficially named the Felipe Massa Prize because he won it so much), but they should have one for the clunkers, too.

Toro Rosso
Race: Sainz
Season: Sainz 7 – Kvyat 1
Almost all the Team-mate battles are at 8-4 right now, but this one certainly won’t be pulled back to parity by the end of the year. Kvyat’s confidence has been shattered by his Red Bull treatment and his employers owe him a duty of care not to spit him out the other end of the driver programme, just like that. Daniil is clearly not a slow driver, but then again there was hardly much to choose between Daniel Ricciardo and Jean-Eric Vergne and look what happened there.

Haas
Race: Gutierrez
Season: Gutierrez 4 – Grosjean 8
Romain Grosjean is rapidly taking on the guise of F1’s moaniest driver. Jenson and Seb would have to be in anybody’s dream team, but Romain’s critiques on his car’s handling are now the highlight of a lot of F1 broadcasts. Conversly, you hardly ever hear Esteban moaning. It’s other people who do that about him.* *(Though that nice boy Lewis Hamilton had a word and apologised for the ‘cheery wave’ he gave him last time out).

Renault
Race: Magnussen
Season: Palmer 4 – Magnussen 8
Jolyon Palmer had the opportunity for a great result in Germany but stuffed his car up the back of Felipe Massa’s Williams after some abrupt braking caught him out at the hairpin.

Manor
Race: Wehrlein
Season Wehrlein 8 – Haryanto 4
Considering this is a track that Wehrlein knows very well, you kind of expected him to put more than two-tenths between himself and Haryanto in qualifying.

Sauber
Race: Nasr
Season: Nasr 6 – Ericsson 6
It’s nice to return to write this column and my one regular correspondent, Mr. G. Richardson of Long Ditton, has written in to ask me why I never put very much about the Sauber team. Well, Mr. Richardson, there is some great onboard footage on the official F1.com site of Felipe Nasr’s start which shows his team-mate clearing a path for him, like a Tour de France sprint lead-out man, and Felipe jumps four cars.

Arse of the Race
Mercedes’ pitcrew – for turning a 5-second penalty for Nico Rosberg into an 8.3-second penalty…because they couldn’t work a stopwatch. (Soon to have its own entry in Ripley’s Believe It or Not)

Media Watch
Allan McNish’s Adventures With Past Participles
Talking about Fernando locking up: “That wasn’t the first time he’s did it.”

Talking about Nico Rosberg’s attempts to run Max Verstappen off track: “It was similar to Austria in that he straighted him off.”

Jenny Gow: “That Renault engine, or that Tag-Heuer unit, as they were calling it before they had a modicum of success.”

Allan McNish: “Sergio Perez has got a very light foot.”

Jenny Gow reporting on Jenson Button’s Saturday trip to see the medics: “He was complaining of heat. I just hope Jenson doesn’t have chaffage in the posterior.”

David Coulthard (not) talking about mature singles: “My granny was pretty racy I have to say.”

Allan McNish: “I was trying to do it with elephants, 1 elephant, 2 elephants, 3 elephants and I got to six elephants…”
And you know what he was counting out there.