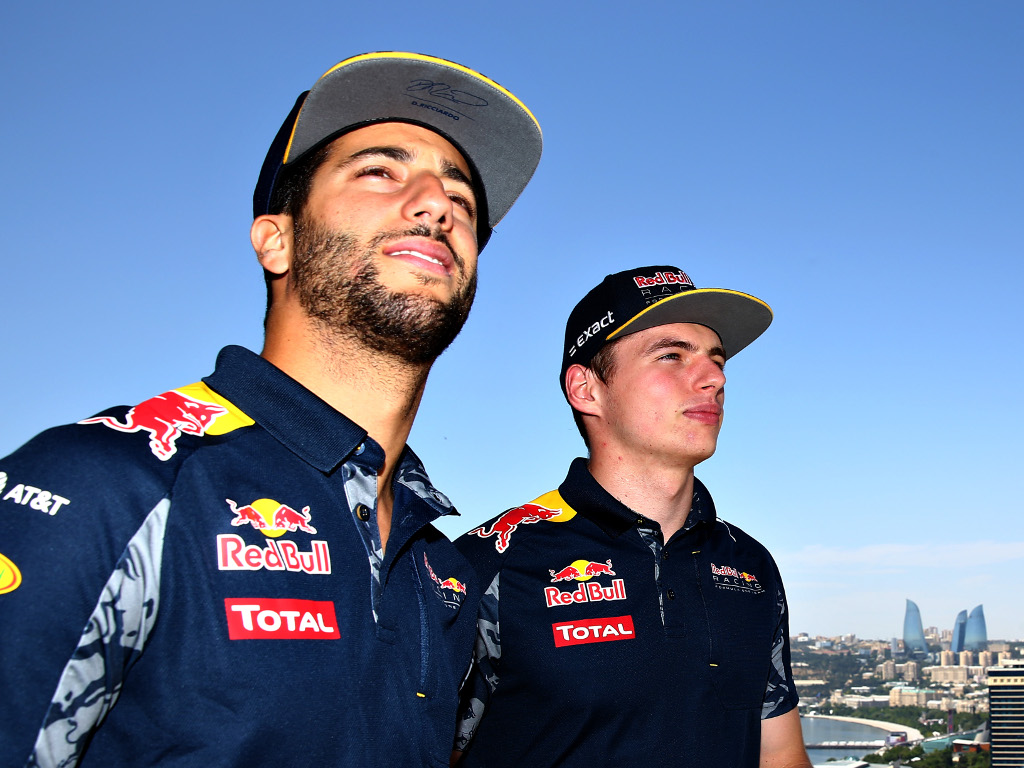 Mercedes
Race: Hamilton
Season: Lewis Hamilton 7 – Nico Rosberg 4
Nico celebrated a two-year extension to his driving contract by adding further discontent to his relationship with a fractious team-mate. They say that Hungary is like Monaco without the glamour, but the way that Nico exploited the waved yellow flags in Qualifying had shades of Monaco 2014 when Rosberg drove down the escape road at Mirabeau to nullify the following drivers’ laps. He could do it, so he did it. He didn’t care what it looked like, he had that pole position in his sights.
The Hungaroring was the same. Never mind the fact that the FIA had warned about the real meaning of double waved yellows ‘slow down, be prepared to stop, there might be a marshal on track’, his lift of 0.1 (“I slowed down a fair bit” to record the fastest time of the weekend) was enough to convince the stewards that he’d paid attention. His subsequent overtaking of a lot of cars in front of him to complete the lap, showed that they had all taken it a bit more seriously. It was like a competitive dad, scoring sixes in a cricket match against his ten-year-old son’s bowling. Faintly embarrassing.
In the race Rosberg immediately lost the lead at Turn 1, so all that loss of face was for nothing. However he did make a remarkable recovery by taking a place back off the Honey Badger at Turn 2, no small feat that. After that it was a question of waiting to see if Lewis would go off track during the race and he didn’t.
Lewis got a great start from P2 and was in control from the opening lap. Toto Wolff said he over-managed the race and was actually too sparing of the tyres, but in these days of minimum radio contact surely that’s better than under-management. Nobody knew how the newly-installed tarmac was going to eat into the tyres on the hottest of days, even Pirelli.
Ricky Gervais, sorry, Paul Hembery said on the grid that the SuperSoft runners would be back in for new tyres in “under 10 laps”. So if Pirelli can’t call it…
As for Lewis’s ‘cheery wave’ to Esteban and querying whether Nico should have got a penalty for ignoring yellow flags, you don’t win friends and influence people by stirring up trouble. Lewis’s idol Ayrton Senna only got so far with that approach. The team Lewis was so keen to thank afterwards would not have been impressed if, as a result of his ‘enquiries’ Rosberg got a grid penalty that denied them a 1-2.

Ferrari
Race: Vettel
Season: Vettel 7 – Raikkonen 4
Qualifying was another poor strategic call for Ferrari, Raikkonen had the pace to be Top 6 but not the track position on a drying track in Q2. Ultimately it didn’t matter over much, it was only the difference between 6th and 5th places.
Max Verstappen has developed a nice line in car positioning in defence of corners, making it ambiguous which way he’s going to go until the very last second. And Kimi was caught out by just such a manoeuvre at Turn 2. Raikkonen lost a front wing endplate, but Max was lucky to escape without a rear wheel puncture. This may be quite wrong, but visually it looked like the Red Bull driver took the corner slower than usual.
Vettel’s race pace was better than his qualifying, but it would have taken another stint, or possibly until the hours of darkness, to get past Ricciardo. It was interesting to hear Sebastian say that he missed some of the circuit bumps that had been flattened out, as if chronic vertebral compression was a thing to get nostalgic about.

Red Bull
Race: Ricciardo
Season: Ricciardo 3 – Verstappen 4
If Dan had to name some banker tracks where he could guarantee he would be faster than the Dutch wunderkind, then this would be one of them. Having done so well in Monaco it was no surprise that the Red Bull cars were the best of the rest, and that Ricciardo was P3.
The gap between Mercedes and Red Bull in Friday practice indicated that the Silver Arrows had a considerable edge and would simply disappear over the horizon in the race, but Lewis Hamilton’s trip into the barriers produced the kind of caution that allowed Dan to keep in touch throughout the race.

Max ‘s only chance to beat his team-mate came at the start and Dan’s start almost propelled him into the lead, so from that point on it was how much fun could he have with Kimi Raikkonen.

Williams
Race: Bottas
Season: Bottas 7 – Massa 4
Felipe had a terrible weekend, you don’t expect a driver with 240 race starts to crash on an outlap in qualifying, but such is the state of things with Felipe and with Williams right now. The mitigating factor of course was that the accident came just yards away from his life-threatening blow to the head in 2009, when a suspension spring worked loose from Rubens Barrichello’s Brawn.
There was a panic with his race car just before the start when he discovered a steering problem. And he trundled round at the back for the duration.
Bottas made it through to Q1 and had a fairly unobserved race through to 9th place. Williams aren’t as bad as they have been on slow tracks in the past, which is some minor consolation.

McLaren
Race: Alonso
Season: Button 3 – Alonso 7
This should have been a weekend where Jenson redressed the team-mate balance, given that it was the scene of his first victory (also in a Honda) and he’s always gone well here. Both cars qualified in Q1 (bit of a novelty), both cars started well, but then the hydraulic system on Jenson’s car selected ‘Error’ mode and withheld the capacity for the No.22 car to brake, an essential part of grand prix racing.
Given that he might have to brake somewhere out on the circuit before he got back to the pits, and he would have to bring his car to a halt sooner or later in the pits, the McLaren team offered some advice on how to get the car back. He was already plum last.
The stewards decided that the gear-shifting advice, allied to the hydraulic and braking problem contravened the rules and slapped on a drive-through penalty. Given that teams can get a penalty for releasing a car without a wheel properly attached, letting your driver circulate without brakes or failing to give him advice that would remedy this situation seems equally punishable. But no, it’s the other way round.
Jenson was then made to suffer a lack of “love” from his team and complete the race even though he was a long way back. Had there been a couple of Safety Cars, then it might have been worth it, as it was, his Honda engine developed an oil leak and expired.
El Nano had a much better time of it, qualifying in 7th – which could have been better if he’d completed that last lap (but then again so could everyone else’s) and finishing 7th.

Force India
Race: Hulkenburg
Season: Perez 6 – Hulkenburg 5
Nico outqualified Sergio, but it was the team’s selection of soft tyres for the race that allowed Sergio to run long in the first stint and potentially get into the top 10. Hulkenburg’s strategy was not helped by getting stuck behind Massa, but at least when he came in for a pit-stop, the team were courteous enough to be waiting for him with tyres.

Haas
Race: Gutierrez
Season: Gutierrez 3 – Grosjean 8
Grosjean looked lively in qualifying but couldn’t quite make it into Q1. In the race Esteban jumped him in the first pit-stops and kept ahead of his team-mate who was not enjoying the best handling car. In fact it was probably Esteban’s desire not to lose time to Grosjean and his Mexican compatriot in the car behind that made him wait to let Lewis past. He wanted to let Hamilton by at a spot where he wouldn’t get a load of marbles on his tyres.
The Mexican’s contention that he ignored the blue flags because he wanted to move over in a safe place is nonsense. In practice and qualifying you see cars move over everywhere because they have to.

Renault
Race: Palmer
Season: Palmer 4 – Magnussen 7
Geographically Enstone is not that far from Grove, and with the set-up changes that Renault made for the Hungarian GP you felt that Renault, the Enstone-team, were moving closer to Williams, the Grove team. Jolyon Palmer took the most advantage, but spun away 10th position to what would become 12th and his best race since the Australian GP.

Sauber
Race: Nasr
Season: Nasr 5 – Ericsson 6
Felipe Nasr kept his car out of the advertising hoardings in Q1 and while team-mate Marcus Ericsson propped up the teamsheets, there he was at the top of them! Then it got dry. In the race both Saubers got stuck behind Manors at strategically damaging times, thus they weren’t able to scamper off and challenge the Renaults and Haas cars.

Arse of the Race
Hungarian GP Stewards
Putting forward a brilliant case for having permanent F1 stewards, the Hungarian GP stewards demonstrated all the consistency of a Russian field athlete’s urine sample.* Jenson Button certainly thought they were taking the p***.

Media Watch
“So there you have it – a drive-through penalty for Jenson. Anybody who has an issue with that write to Jean Todt care of the FIA, Place de la Concorde, Paris. Don’t include the postage.”

David Coulthard
“Very rarely does the fairy mechanic come out and fix the car on the circuit.”

Uncorrected Errors
One of the worrying things about GP commentaries is that they are reluctant to correct any mistakes they make. Sometimes they do, but if you’re watching on the FIA timing screens, you can tell straight away.

Ben Edwards: “Alonso’s in for his first stop, he’s going to lose a couple of places.”
Reality: Alonso was a massive 36 seconds clear of Carlos Sainz in 7th place. He came in 7th and rejoined 7th and still had a handful of seconds over the Toro Rosso.
Ben Edwards: “Lewis was 1.4 seconds quicker that lap.”
Reality: Lewis was 1.4 seconds slower that lap.
David Coulthard: “I was pretty clueless at 18.”
Steve Jones: I couldn’t even tie my shoelaces at 18.”
Reality: No, that sounds pretty accurate.
*decidedly dodgy