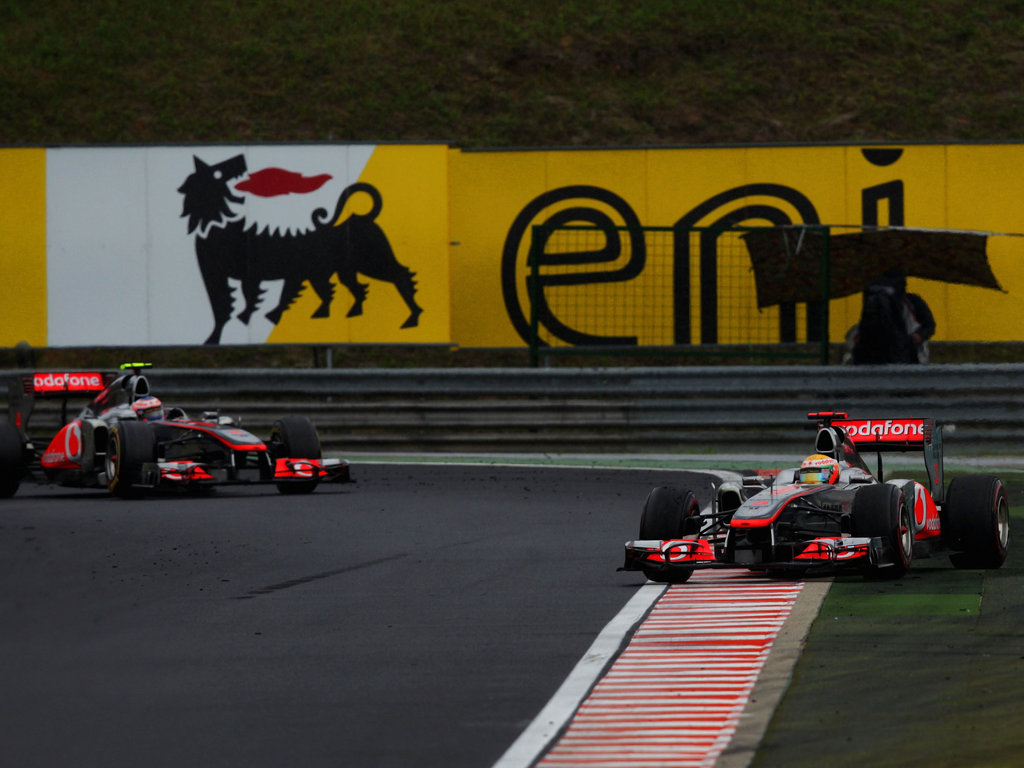 Jenson made the intra-McLaren battle more interesting, while Sebastien isn’t giving up his Toro Rosso without a fight.

Forget about the opposition, in F1 the first person you have to beat is your team-mate.

McLaren
Season: Hamilton 6 Button 5
Race: Button
All praise to McLaren for letting their drivers race and entertain, when mathematically the best thing would have been for Jenson Button to sit in front of Sebastian Vettel and let Lewis scamper off down the road. That way there wouldn’t have been any need for a rushed tyre choice for Hamilton. He also wouldn’t have needed to take risks driving over the kerbs of wet chicanes. Instead we got a fantastic race from two of the best drivers in F1. Lewis should have been spoken to after the race about his spin in front of DiResta, to give his side of the story. The drive-through was over the top. Penalising him in the race may not have affected the result over much but did prove that it wasn’t just Lewis “I didn’t see Paul” who should have gone to SpecSavers. How many other indiscretions did the stewards miss…?

Red Bull
Season: Webber 2 Vettel 9
Race: vettel
Sebastian Vettel inadvertently revealed this weekend why Max Mosley never made much of a racing driver. “Obviously we enjoy winning more than we enjoy being beaten,” said Seb when asked about the races in Britain and Germany. In the cold conditions of Hungary it was easy to see the difference between Vettel and Webber and how the Red Bull reacts to tyre temperature. Sebastian was able to put in a fast outlap, get his tyres up to temperature and managed to get P1 on the grid. Mark was stuck behind a trundling Jenson Button – who didn’t need a lot of pace to get his tyres warmed up – and couldn’t get his tyres switched on. He lined up P6. In the race Vettel actually made more mistakes than Webbo but conditions on Sunday would probably have outwitted even traction control systems. So we’re keeping all the ‘he can’t handle the pressure’ clich