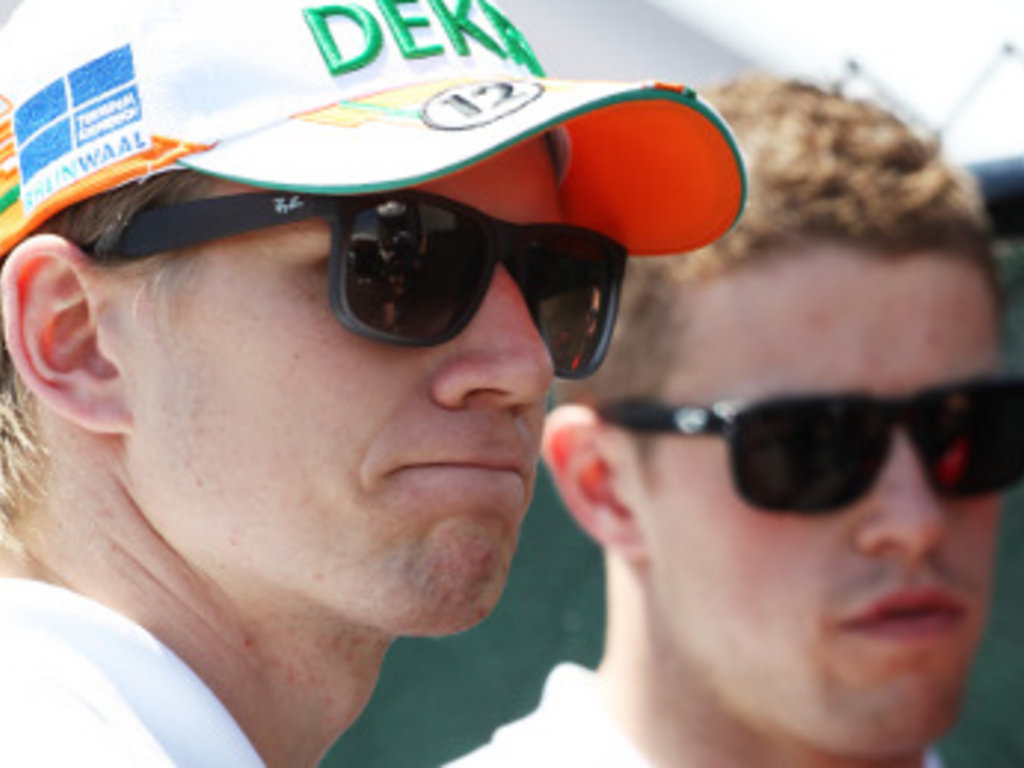 Rosberg edged ahead of Schumi and Nico finally took the lead against Miserable Paul, but can Vitaly hang on…?

Red Bull Racing
Race: Vettel
Season: Sebastian Vettel 13 – Mark Webber 4
Even when his floor strake comes adrift there’s no denying Sebastian Vettel. Seb made one tiny mistake in qualifying and that was about it for the weekend. Mark had a hell of a job on his hands with a KERS malfunction from Lap 20 (very much like Lewis in Korea – fighting a broken car for two-thirds of the race) so he did amazingly well to keep ahead of Alonso as long as he did. Seb looks like he could sweep up the rest of the season. It’s payback time. We had the first eight races won by eight different drivers – and we’ll have (almost) the last eight races won by one driver. And why is it predominantly Mark’s KERS that fails…?

McLaren
Race: Hamilton
Season: Jenson Button 5 – Lewis Hamilton 12
Hamilton revealed a lot in his post-race interviews. Mostly that he was looking at Jenson all the way through the opening corners and not even thinking about Alonso. If Hamilton had ben a bit more team oriented then they could have worked to keep 3rd and 4th, but as it was he was more preoccupied about getting in front of his team-mate. He’s got three more races to enjoy the possibility.

Mercedes
Race: Rosberg
Season: Michael Schumacher 8 – Nico Rosberg 9
Rosberg edges ahead in the TMW battle, on qualifying more than anything else because by the first corner this was over as a contest. Rosberg put in some good times in qualifying, mostly by using all his tyres up and not being able to mount a serious challenge in Q3

Ferrari
Race: Alonso
Season: Fernando Alonso 16 – Felipe Massa 1
Another strong qualifying performance from Felipe, who did pretty well to keep Raikkonen at bay for an entire race. Though given the same equipment Alonso went strolling past Button to take P3 on Lap 4 and Massa couldn’t find a way past in 20 laps. Still, what does he care, he’s got that contract for 2013. Alonso was at his familiar grinding best.

Lotus
Race: Raikkonen
Season: Kimi Raikkonen 14 – Romain Grosjean 3
Raikkonen was a bit timid in Korea and he seemed to be under-geared for the back straight in India. It’s not surprising that he’s finished every racing lap of 2012 when he attaches himself like a caravan to the back of the other cars and just stays there. Some great quotes about being disappointed, though, which cheered the Planet-F1 office up no end. Grosjean was again careful at the start and careful in the race and got a few more contributions to his No Claims bonus.

Force India
Race: Hulkenberg
Season: Paul DiResta 8 – Nico Hulkenberg 9
Ian Dury (of the Blockheads) had a single called ‘Reasons To Be Cheerful Part 3’ and miserable Paul will surely be following this up with ‘Reasons To Be Gloomy Part 17’. India gave him a few more reasons to be gloomy, apart from the certain knowledge that his team-mate is going to a better team. And he’s only been there one season. Paul lost out in qualifying and while Hulkenberg got into Q3, DiResta was not within sight. He also lost his recent overtaking buddy Michael Schumacher which will have unsettled him.

Sauber
Race: Perez
Season: Kamui Kobayashi 5 – Sergio Perez 12
Perez qualified almost beyond the car’s ability and raced it beyond his own. Japan, Korea and now India have all produced careless mistakes and though McLaren are saying that they’re not worried, they’ve only got three more races left to say that. Kobayashi went from hero in Japan, to zero in Korea, to minus one in India.

Williams
Race: Senna
Season: Maldonado 7 – Senna 10
Senna and Maldonado had a lot of sideways fun in the race (though it probably wasn’t much fun on the pratt stand) and this time it was Senna who came out on top – his pass on his team-mate was smoother than George Cluney at a Miss America convention

Torro Rosso
Race: Ricciardo
Season: Daniel Ricciardo 9 – Jean-Eric Vergne 8
Vergne returned the “Oooops – brakes!” favour (from Singapore) to Michael Schumacher and spent the rest of the race on a tyre test. Ricciardo couldn’t make the minimum downforce strategy work but at least got his braking right for the first corner

Caterham
Race: Petrov
Season: Vitaly Petrov 8 – Heikki Kovalainen 9
Vitaly’s threat of being hauled off to the gulags has made the battle with Kovalainen quite edgy – he outqualified him and outraced him.

Marussia
Race: Pic
Season: Timo Glock 10 – Charles Pic 7
Charles Pic got a great start and was up to P19 on the opening lap. Saving tyres in Q1 really helped him.

Champion of the Bleedin’ Obvious
Marussia’s renta-Friday-drive driver in India was Max Chilton who joined James Allen in the Radio 5 commentary box. While David Coulthard was indulging in slightly risky Star Trek quotes – “‘Resistance is futile,’ as they say in Star Trek” DC chuckled – risky as he’s the one person in the pitlane with genuine Vulcan ears.
Max on the other hand wanted to give us his insight into some of the cars on the grid this year. “The Sauber,” he confided, “that car is great on its tyres in general.” You can only call that insightful.