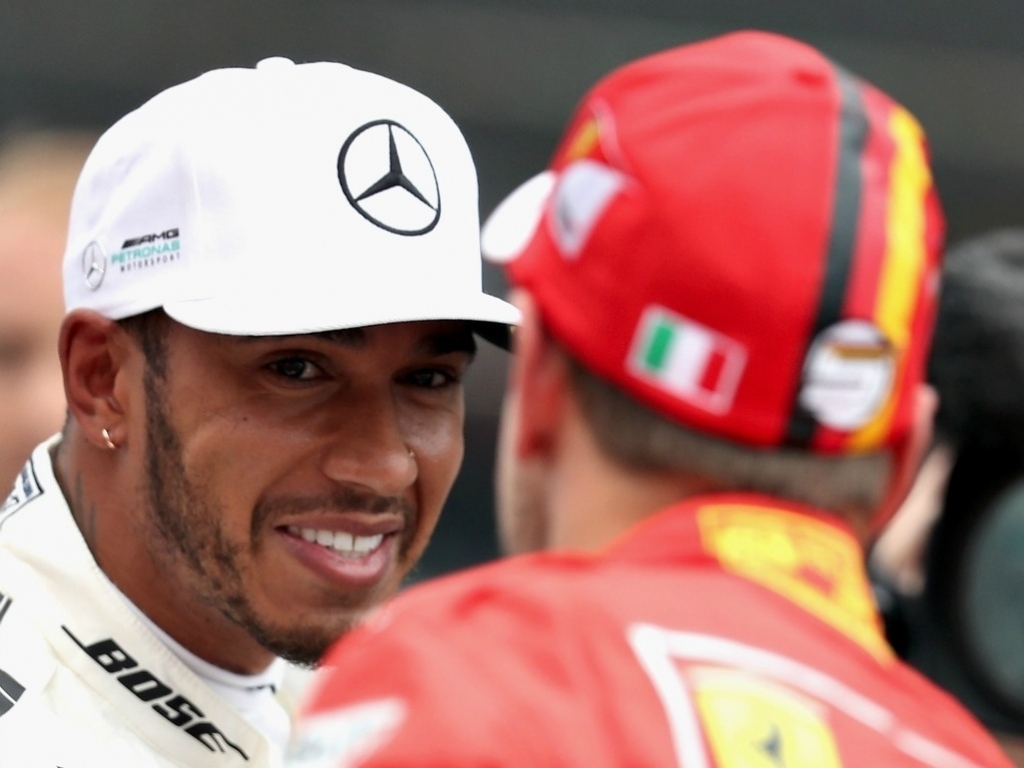 Mercedes
Hamilton 13 – Bottas 3
Race: Hamilton
2016 was the year of dodgy Lewis starts, and had those returned at Suzuka then we might have been facing a Prost/Senna disagreement about braking points into Turn 1. Alas for those historians of great F1 clashes, Lewis got away cleanly and there was no opportunity for Seb to gamble with a lunge.

From the opening lap Lewis was kept on his guard, but ultimately didn’t have the pace (or didn’t care to show the pace – there’s a school of thought that he has fully absorbed the Senna mantra of winning by the slimmest margin and protecting the machinery) to drop Max Verstappen.

Bottas tried valiantly to match his pace, and did what is becoming his familiar trick of speeding up the closer they got to the chequered flag. Valtteri will be pleased to have got back to just a 0.3 gap in Qualifying, but let’s remember that this is a track where Nico Rosberg regularly outpaced Lewis.

You’re never going to become a World Champion by driving brilliantly between half-tanks and empty.

Ferrari
Vettel 8 – Raikkonen 8
Race: Vettel
While the Mercedes W08 is having its diva tantrums, especially when it comes to the temperature, dahling, the Ferrari is just bolted-on fast from the start. Fast and fragile used to be the coverall phrase that applied to Ferrari in the 1990s, but Michael Schumacher changed all that. It says much about his (and Ross Brawn/Jean Todt’s) re-set of the Scuderia’s engineering mentality that we are now shocked when we get incidents of successive failure, as we got in Malaysia and Japan.

Sebastian Vettel outqualified Kimi Raikkonen and that was about that in the TMW stakes. Raikkonen’s pace showed that had both Ferraris been up to speed, then the Lewis-Max-Seb battle could have been an epic.

Given the relative similarity in pace between the leading three cars we’re still promised that kind of battle before the end of the season. Imagine a competitive McLaren with Alonso and Vandoorne thrown into the mix and the 2018 season can’t come quick enough.

Red Bull
Max Verstappen 12 – Daniel Ricciardo 4
Race: Verstappen
Ricciardo might have edged his team-mate in Qualifying, but Verstappen got the jump at the start and only some kind of technical failure or an incident looked like handing the advantage back. Looking up the natural behaviour of Daniel’s adopted wildlife avatar, the honey badger, it appears that:  “there is almost no safe place to hold a Honey Badger without it being able to get itself in a position to attack you.” But right now as long as Max can get close enough to Daniel in Qualifying, he can jump him at the start. It would seem that the safest place to attack a honey badger is Lap 1.

Daniel has the superior car handling that can put him further up the grid, but he’ll need to think up a strategy for protecting that superior speed faced with his team-mate’s love of chancing it from the second the lights go out.

Force India
Sergio Perez 9 – Esteban Ocon 7
Race: Ocon
As usual, the Force India brothers were magnetically drawn towards each other in the race. Esteban Ocon, through the demotion of Raikkonen and Bottas, found himself in an almost Monza-like position mixing it with the front guys. His overtaking move on Daniel Ricciardo on the opening lap showed that he’s not afraid to stick his nose in if he sees an opportunity arise. Ricciardo was always going to be safe from damage. His car wasn’t pink.

In the race Checo eventually caught up with his team-mate and because of their previous altercations had to ask on team radio if he could overtake. You can imagine that the people back at the factory in Silverstone, who have to rebuild the cars afterwards, breathing a sigh of relief when the answer came back firmly, “no”.

Williams
Felipe Massa/Di Resta 12 – Lance Stroll 4
Race: Stroll
It was refreshing to hear from Williams that even though Lance Stroll was blatantly blocked in Q1 he wasn’t fast enough for Q2 anyway. No shifting-the-blame-elsewhere culture there. Suzuka is a tricky circuit to get right and it won’t have been good for Lance Stroll’s confidence to go out in Q1 and see his team-mate make Q3, but Pierre Gasly was also nowhere near his team-mate. And Pierre knows Suzuka very well.

However, Lance had a great start and was up to 11th before a bump with Magnussen (who else) while Felipe was stuck with a tyre degradation problem that saw him accumulate a train of cars that eventually bumped their ‘engine’ to the side.

McLaren
Fernando Alonso/Button 13 – Stoffel Vandoorne 3
Race: Alonso
Fernando only just managed to outqualify Stoffel and the once-perilous qualifying gap is really coming down now. Where the gap is not coming down is the opening lap melee. If you ride on board with Vandoorne off the line you wonder what on earth he thought he was doing trying to go round the outside of Raikkonen at Turns 1 and 2 instead of dropping behind. It ultimately cost him a points finish.

Alonso was his feisty best after making it through to Q3, though it seemed odd that he should be competing to keep Vandoorne out of Q3 when he knew he was starting from the back of the grid. Presumably no-one at McLaren dared tell him not to try too hard…

Toro Rosso
Carlos Sainz 11 – Daniil Kvyat/Pierre Gasly 5
Race: Sainz
For his final drive at Torro Rosso Carlos Sainz summoned up the spirit of Daniil Kvyat and drove his car into the barriers on the opening lap. The team would have preferred him to go out with a whimper rather than a bang, but safe to say it was a very un-Carlos-like way to finish at the Red Bull junior team. And who knows, he may well be back at the Red Bull senior team some time soon.

Gasly didn’t qualify so well, had a stronger race than Carlos, but made an error that forced him into an extra pitstop. It meant he dropped behind Alonso, on a day he could have joined the queue of people wanting to harass Felipe Massa.

Haas
Romain Grosjean 7 – Kevin Magnussen 9
Race: Magnussen
Romain Grosjean has widened his sphere of moaning from team radios to driver briefings now – moaning to Charlie that Lewis Hamilton undid his belts on the warm-down lap in Singapore. Having thrown the Haas into the TechPro at Malaysia (not his fault), he decided to book more paddock scooter time in qualifying by doing it of his own free will. He thought he had a car capable of making it into Q3, Haas thought he had a car capable of returning to the pits after Q1 – neither were right.

In the race he and Kevin wide boy Magnussen were evenly matched, but Kev managed to stick his car up the inside of Felipe Massa in a tough-but-fair manoeuvre that saw them both go through. It also stopped Grosjean from whingeing that he could have made it past Massa if he was the one behind.

Renault
Nico Hulkenberg 15 – Jolyon Palmer 1
Race: Hulkenberg
Hulkenberg outqualified Palmer for the final time as we have come to expect. However it’s the next race that will be very interesting. On the opening lap he stood his ground with Raikkonen, a bump that saw Kimi heading onto the run-off at Spoon. But Kimi wasn’t aggrieved and sauntered past when the opportunity arose. Both of them had fun with the Degnas at some stage in the race but Nico was the luckiest to escape his flirtation with the minimum-run-off corner.

Palmer had a harder time of it, as he always does. Or always did.

Star of the Race: Max Verstappen
Overtaking Move of the Race: Kevin Magnussen on Felipe Massa for P8
The Maldonado Award: Carlos Sainz
The Last Word: Sergio Perez: “Guys, can I attack Esteban? He’s just too slow…Tell him to pick up the pace.”