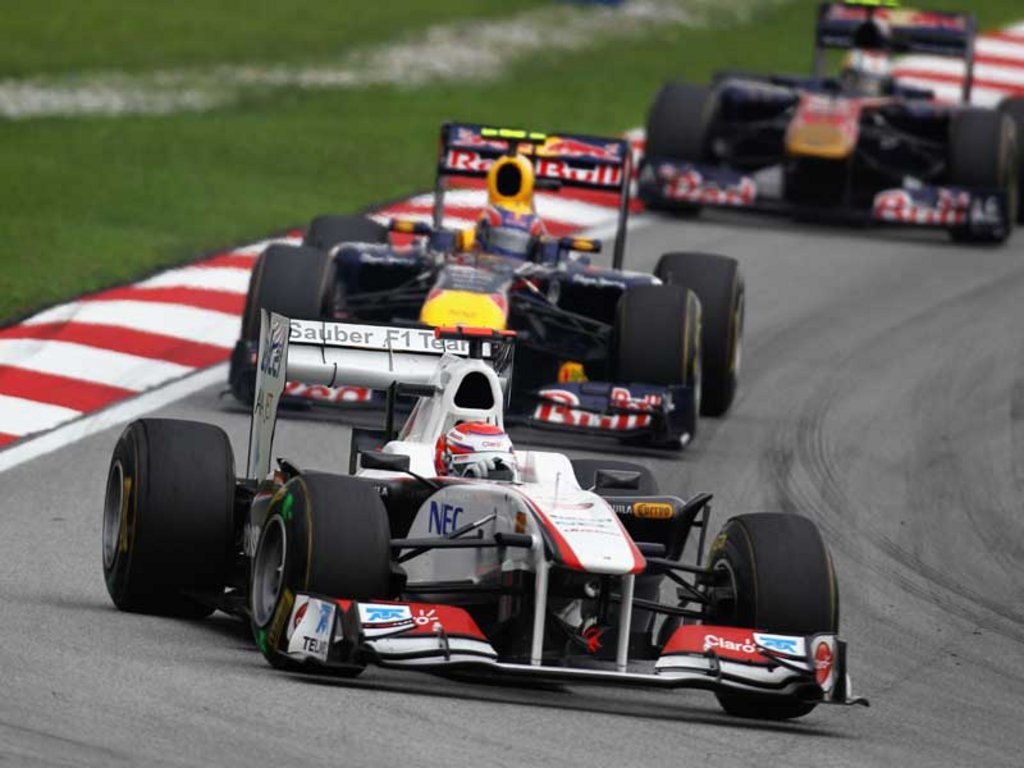 Many of the team-mates bounced back this week. A week which saw new categories added to the TMW face-offs including the Hamilton vs Alonso, the battle of who can act sulkiest…

Red Bull
Season: Webber 0 Vettel 2
Race: Vettel
Not the toughest call of the season, Vettel carried on where he left off in… (substitute the name of the last GP in here)…Australia. Only this time round he had to show a real turn of speed to get hold of pole position. Mark Webber was in no position to challenge after his KERS packed up on the parade lap, but battled his way through to what could even have been a podium if the race had been two laps longer.

McLaren
Season: Hamilton 1 Button 1
Race: Button
Lewis produced an immaculate qualifying performance, but ultimately suffered from a duff set of prime tyres in what should have been the final stint, but turned out to be the penultimate. These events conspired to make him Mr. Grumpy afterwards, but though he would like to blame Pirelli or the McLaren strategists, it was actually the bloke who didn’t look in his mirrors and allowed Nick Heidfeld round the outside at the start that he should blame. Jenson looked as though he sincerely wanted to find answers to the tyre degradation puzzle not just blame someone.

Ferrari
Season: Alonso 1 Massa 1
Race: Massa
Felipe got another mega start but lost out in the pit-stops – something he will have noticed and tucked away for future reference. Alonso was faster in qualifying, faster in the race, but made an ill-advised overtaking move that lost him a podium place. If he falls eight points or so short of the Championship, we can all point to Sepang.

Mercedes
Season: Schumacher 1 Rosberg 1
Race: Schumacher
Michael might well have qualified in the top 10, only his DRS flap was having none of it during Q2. The race was a different matter and he got a great start, mixing it up with the Ferraris on the opening lap and enjoying a battle royale with Kamui Kobayashi. Rosberg’s qualifying performance was good – not as good as the team would like, but solid – and then his start was dreadful and the race didn’t get any better. Maybe he’s just being kind to the old boy.

Renault
Season: Heidfeld 1 Petrov 1
Race: Heidfeld
Nick Heidfeld showed that Australia was a freak result as far as he was concerned, but it’s also clear that Vitaly Petrov’s progress is genuine. Both cars had amazing starts and it seems like Ferrari are going to be spending the next few races looking in their mirrors for the men in black.

Williams
Season: Barrichello 2 Maldonado 0
Race: Barrichello
They may have a tightly packaged gearbox, but what advantage that gave them on what is an aero critical track was hard to see. Given that they are dab hands with various forms of KERS it’s astonishing to see them languishing so far back. Rubens wasn’t as far back as Maldonado but both cars were out before half distance.

Force-India
Season: Sutil 0 Di Resta 2
Race: Di Resta
Di Resta outqualified Sutil again and this time outraced him without a strategy intervention. One race was enough for the BBC commentary team to start shoehorning Perez into a Ferrari, surely it must be Di Resta’s turn now. He’s got a very comfortable surname for an Italian team. Paul had little practice in Sepang yet still excelled.

Sauber
Season: Perez 1 Kobayashi 1
Kobayashi
If anybody should be in the second Ferrari then what a sensation to have KK in there. It’s hard to remember a dry race when a car got overtaken in one half of a lap and then made the place back again – without the other car making a stupid mistake. Kobayashi explored many different lines around Turns 1 and 2 in his battles with Webbo and Schumi and if anybody needs to be consulted on the effect of going onto the marbles then it should be him. Japan could do with a real sporting hero right now and he is one. Pereze had a very quiet rae in comparison.

Toro Rosso
Season: Buemi 1 Alguersuari 1
Race: Alguersuari
Alguersuari edged out his team-mate to add to the impressive string of 1-1 results in the TMW table.

Lotus
Season: Trulli 0 Kovalainen 2
Race: Kovalainen
Kovalainen yet again had the edge over the world’s fastest viticulturalist. With a blown diffuser on the way for Spain, they look to be edging their way into the established teams.

Hispania
Season: Liuzzi 2 Karthikeyan 0,
Race/Qualifying: Liuzzi
A fantastic result to get both cars easily inside the 107% mark and probably inside the 106% mark if I could be arsed to do the maths. Karthikeyan was a second slower than Liuzzi in qualifying, but quicker than him on the first run in Q1, which bodes well for the future.

Virgin
Season: Glock 2 D’Ambrosio 0
Race: Glock
The Ben Folds Five have a song called (Fighting) The Battle of Who Could Care Less and I’m afraid when we get down here I’m running low on enthusiasm. Some might say I designed my tank too small with not enough enthusiasm to last all the way down to the bottom. Bang to rights.

Lotus versus Virgin
Lotus 2 Virgin 0
Lotus didn’t have to work too hard to get the Newbies victory in Melbourne/Malaysia but at least now they have Williams in their sights.

Boring versus Exciting GPs
Boring 1 Exciting 1
An exciting race because you weren’t quite sure what was going to happen. This season you know that if you can catch someone, nobody’s going to come out with the old clich