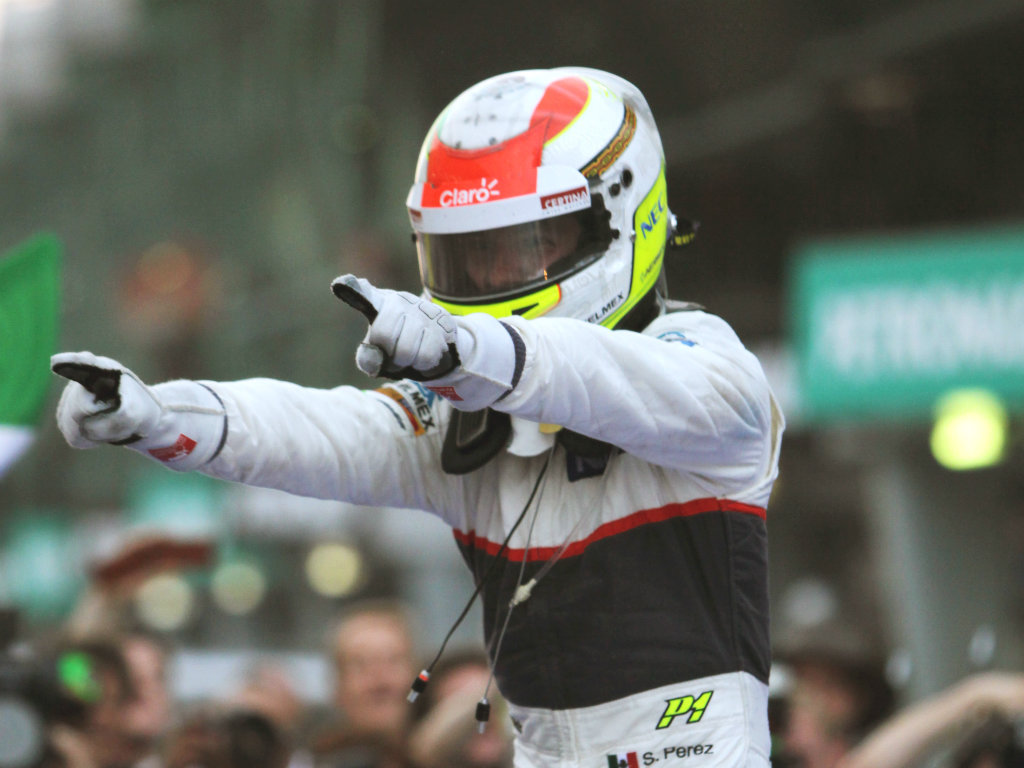 Team-mate Wars: Because in F1 the first person you have to beat is your team-mate…

Red Bull Racing
Race: Webber
Season: Sebastian Vettel 1 – Mark Webber 1
A pretty grumpy weekend for the Red Bull team – they discovered they’re not the boss of high-speed bends now; Charlie Whiting wouldn’t budge from his position that the Mercedes rear wing is legal; Seb qualified on the harder tyre behind Mark and then – doh! – found it was wet on the Sunday and then he overtook Karthikeyan leaving a very narrow margin which didn’t escape an HRT on-the-marbles moment. And if that wasn’t enough his radio packed up and the team were forced to communicate the old fashioned way via his pitboard. And then they found out they didn’t have enough letters for: Retire the car, retire the car, retire the car, retire the car. In various phases of the weekend both cars looked fast, but Mark Webber probably put in the greater number of faster laps in the race and looked reassuringly back ‘on it’. As Seb’s tyre didn’t actually shred itself (as in Abu Dhabi) Webbo gets the points.

McLaren
Race: Hamilton
Season: Jenson Button 1 – Lewis Hamilton 1
Brenda and Nicole were on duty again to watch their boy convert another pole position to minor silverware. Someone managed to tyre-lever a cardboard smile onto Lewis’s face this time round, though. Two poles is already double what he got last year so McLaren’s long promised move forward has definitely arrived. Lewis had a great qualifying and a so-so race. Once he got behind he was never really closing on Perez at any stage. Even when it dried out the McLaren didn’t look like it was capable of catching the Sauber (perhaps that’s why he was so gloomy). Jenson by his own admission did everything wrong that he possibly could, apart from stop for tyres in the Red Bull pitbox.

Mercedes
Race: Schumacher
Season: Michael Schumacher 2 – Nico Rosberg 0
Not a great day at the office for Michael, but at least he managed to put a race distance on the car unlike Melbourne where he limped out with a broken gearbox. And despite being bumped out of contention by Grosjean on the opening lap he still managed to overhaul his team-mate. We’re only two races in but (that’s never stopped us making broad generalisations) Nico Rosberg seems to prefer a Mercedes with more downforce where braking isn’t so critical. A lot of drivers have been locking brakes this year now the elaborate diffusers are gone, but Nico seems to be doing it more than most. His race was like a Talking Heads song: “You might find yourself in a beautiful car, in a beautiful race. And you might ask yourself, well, how did I get here?” How did he get so far back without doing anything markedly wrong? Come on, Bob, Geoff and Aldo.

Ferrari
Race: Alonso
Season: Fernando Alonso 2 – Felipe Massa 0
There are not many things that Fernando is rubbish at, but one of them is providing an accurate benchmark for any team-mate.
In qualifying it didn’t look too bad but in the race Fernando stepped up a gear and the comparisons between himself and Massa from Melbourne got even worse. Martin Whitmarsh was almost certainly stirring it when he said that Felipe could be replaced by China but the Scuderia’s victory has emphasised their predicament. Should they have to rely on two drivers of Massa’a ability – who let’s not forget was two corners away from being a World Champion – then they would be behind Lotus, Sauber, Force India and Williams. There is a lot of cash at stake for where they finish in the Constructors’ Table and the midfield teams all look ready to grab handfuls of points this year. For loyalty’s sake they want him to do well, but Luca Montezemolo isn’t known for being the planet’s most patient man.

Lotus
Race: Raikkonen
Season: Kimi Raikkonen 2 – Romain Grosjean 0
Considering he spent a lot of the grand prix trying to stare out of a misty visor, Kimi did all right. Yet again the Lotus was easy on its tyres, something that will surely work to the team’s advantage on circuits like Canada with rough tough abrasive surfaces. You would certainly expect to see Raikkonen on a podium this season and in the right circumstances he could even win. As for his team-mate – not packing up his side of the garage early would be a bit of a result. It’s going to be well after Easter that Romain Grosjean experiences his first racing pit-stop, not having got beyond Lap 4 in the first two races. There’s a lot of potential there and no-one can say the boy doesn’t have speed – it’s just direction he has to work on.

Force India
Race: DiResta
Season: Paul DiResta 2 – Nico Hulkenberg 0
A far calmer race for Nico Hulkenberg who kept it tidy, but couldn’t outqualify Paul DiResta. The Scot was in contention for a P6 finish until Bruno Senna came past him at Turn 1 at such speed it looked like they were braking for different formulae. Paul found the braking spot for the Porsche Turbo Cup.

Sauber
Race: Perez
Season: Kamui Kobayashi 1 – Sergio Perez 1
What can you say that hasn’t been said already? Checo should have won. It was still a good result for F1 with Fernando winning, but it was going to be one of those moments when you could turn round to people in later years and say “I remember when Sergio Perez won his first grand prix.” You felt history was in the making. As for the conspiracy theories, I think Peter Sauber would more likely turn up to a GP in a toupe than ask Sergio to throw the win. Earlier his engineer had been on team radio saying things like: “Checo, you are doing well, you are very quick,” which Perez could probably have worked out by the fact that Alonso was coming into view. No direct instruction at all – so Sauber’s team radio is not an instrument of Big Brother. Unlike others.

Williams
Race: Senna
Season: Maldonado 1 – Senna 1
Professor Mark Gillan has certainly sorted the Williams team out. Maldonado looked faster of the two in qualifying and Senna had a sensational race considering he had to stop for a new nose on Lap 1 and made his way through the field.

Torro Rosso
Race: Vergne
Season: Daniel Ricciardo 1 – Jean-Eric Vergne 1
In the next three weeks Jean Eric-Vergne will probably awake from a recurring nightmare that is being sent out to race on standing water with a set of Inters. Managing to stay on the circuit helped him keep P8 until the restart, after which he clung on to his points position.