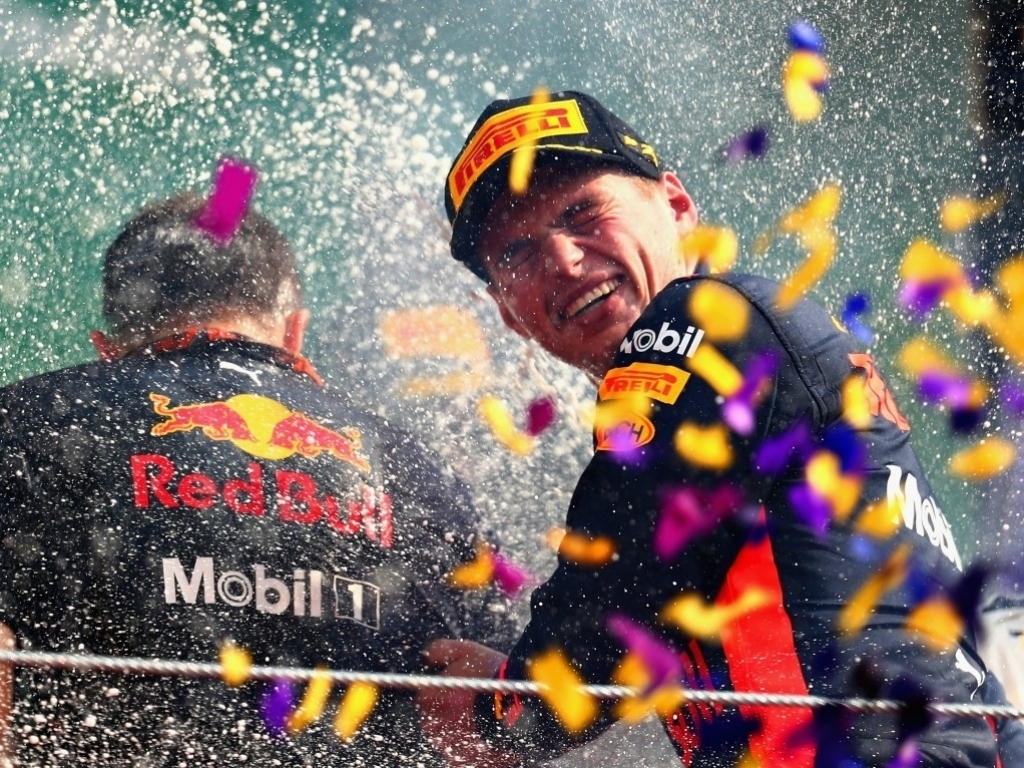 Max Verstappen was mightily impressive in Mexico, while Sebastian Vettel is the recipient of the Pastor Maldonado award.

There were signs that Valtteri Bottas was going to have a good race from the practice sessions. And though he couldn’t outperform his team leader, at least after Qualifying there was no-one in between himself and Lewis for a change.

After the first corner clash between Verstappen and Vettel it looked like this could be a Mercedes 2-3 result, Max being untouchable out front, even if Hamilton’s tyre had held it together.

The fact that Lewis had an almighty struggle to get past Fernando Alonso in the McLaren-with-the single-use-engine showed that this was not the greatest of tracks for Mercedes to burn from the stern. Neither would have found a way past a Red Bull, indeed it was odds-on that Daniel Ricciardo might have made it a Mercedes 3-4.

Bottas will have been relieved to be back on the podium, though, with a 2018 contract safely in his pocket he knows he has 6 or 7 more races before critical decisions are made at Brackley.

This was like Austin all over again, a fantastic final lap in Q3 from Vettel and a less than perfect one for Lewis Hamilton. Except this time they had a Max Verstappen in between.

In the race, Seb got aced by Max, and going into Turn 1 he knew what was going to happen. And it happened.

The onboard camera showed the end of Vettel’s front wing come crunching off as Max hit it. In those vital seconds, as Hamilton cruised through on the outside, Vettel had the presence of mind to steer across the track and spear the broken wing into Hamilton’s rear tyre, thus preserving his title chances for at least the rest of the race. Hamilton picked up the intended puncture.

The rest of the race was a vain chase, laced with the slight apprehension that any moment he would get a call from his race engineer to tell him that the stewards had worked out what he did.

I read on one website that Vettel’s response to Hamilton’s World Championship win was “classy”. It certainly was. It was vintage.

Verstappen did his talking on the track this weekend, and it was mightily impressive. He may have been shepherded out of the podium room in Austin, but over the next 15 years he will be returning many times.

What was extraordinary, was not that Red Bull were brilliant at a high downforce track. That’s been a given ever since Adrian Newey put pen to drawing board. It was that Daniel Ricciardo couldn’t get it together in Qualifying. And he didn’t know why.

For once the God of Reliability smiled on Max. On a weekend where anything badged with a Renault looked destined to expire before 71 laps, Max’s roared on. Even when he hit Vettel with a hefty clunk nothing came off the car.

The one race that Sergio Perez really wanted to outqualify his team-mate, must have given Esteban the added incentive to perform well. In the race he was up to P3, and might have held on to more positions if the timing of the VSC had been different.

Sergio wasn’t quite on it at his home race, especially on a surface that is so smooth that managing the tyres was no real factor.
.
Williams
Felipe Massa/Di Resta 14 – Lance Stroll 4
Race: Massa

Though Lance took what seemed an unlikely sixth place (given the asthmatic difficulty of overtaking in Mexico City), it was Felipe Massa who looked the best chance to score serious points having. That all went up into dust in the opening laps when a slow puncture forced him back to the pits for an early switch to sluggish Softs.

Williams weren’t good at the high downforce circuits this year, so to get a sixth place is almost as good as the Baku podium. Rob Smedley said on the grid that the team were going for reliability over performance in the set-up of the cars, but you couldn’t tell that from Stroll’s result.

With all the hardware that is regularly put on and taken off the McLaren-Hondas, it’s difficult to know who started with what impediment to their performance. For the record they started 18th and 19th, which thanks to multiple Renault-engine retirements gave Alonso a 9th place until Lewis Hamilton finally caught up with him.

Before the race Honda engine boss Yusuke Hasegawa said he was “very ashamed” at the fact that they had yet to reach season end and they were on the 10th and 11th engine unit. So it was deeply ironic that at the race where the sound of Renault engines expiring was a regular occurrence, both Hondas made it to the flag.

Alonso showed that he is prepared to make both three-times and four-times world champions work for an overtaking move. McLaren always knew that they would be good at high-downforce circuits like Monaco and Hungary, and Alonso’s P5 in Q1 backed up the theory.

The Toro Rosso TMW scoresheet is beginning to look like the football results. So, farewell Daniil Kvyat.

The guillotine has finally fallen on the Russian’s haphazard career at Toro Rosso; Daniil was sometimes able to match Carlos Sainz’s pace, though sometimes he was able to match Pastor Maldonado’s ability to cosy up to other cars. Whether he is a serious contender for the Williams seat only time (and a little bit of sponsorship) will tell.

The race turned out to be more like a component test that Toro Rosso were running throughout the grand prix weekend. Franz will not be happy.

Kevin – suck my mintoes – Magnussen may have qualified at the back with the usual suspects, but he hauled his Haas up the order.

Team-mate Romain Grosjean found the lack of grip particularly tricky and took time out to explore the margins of the Circuit de los Hermanos Rodriguez. Kevin got into the points and managed to hold off the best driver in what the best driver claimed was “the best car” in Mexico (though with the worst engine).

Hulkenberg qualified his Renault hand grenade in front of Carlos Sainz. Both had to make swift exits before they went off.

One of the better aspects of the Mexican Grand Prix was that the Saubers looked just a little bit competitive, with good old Marcus Ericsson maintaining 9th place as late into the race as Lap 14. Marcus is doing Pascal Wehrlein’s chances of a 2018 Williams seat no good at all.

Star of the Race: Max Verstappen (this is becoming the default)
Overtaking Move of the Race: Lewis Hamilton on Fernando Alonso – gritty stuff
The Maldonado Award: Sebastian Vettel

The Last Words: Alan McNish talking about Kimi Raikkonen as he approached a bunch of slower cars: “”Raikkonen should be able to plummet through these cars.”

BBC’s Jack Nicholls, searching in vain for the word ‘respectful’: “Hamilton and Alonso weren’t the easiest of team-mate at McLaren. They’ve repaired their differences and today they are mutually exclusive of each other.”