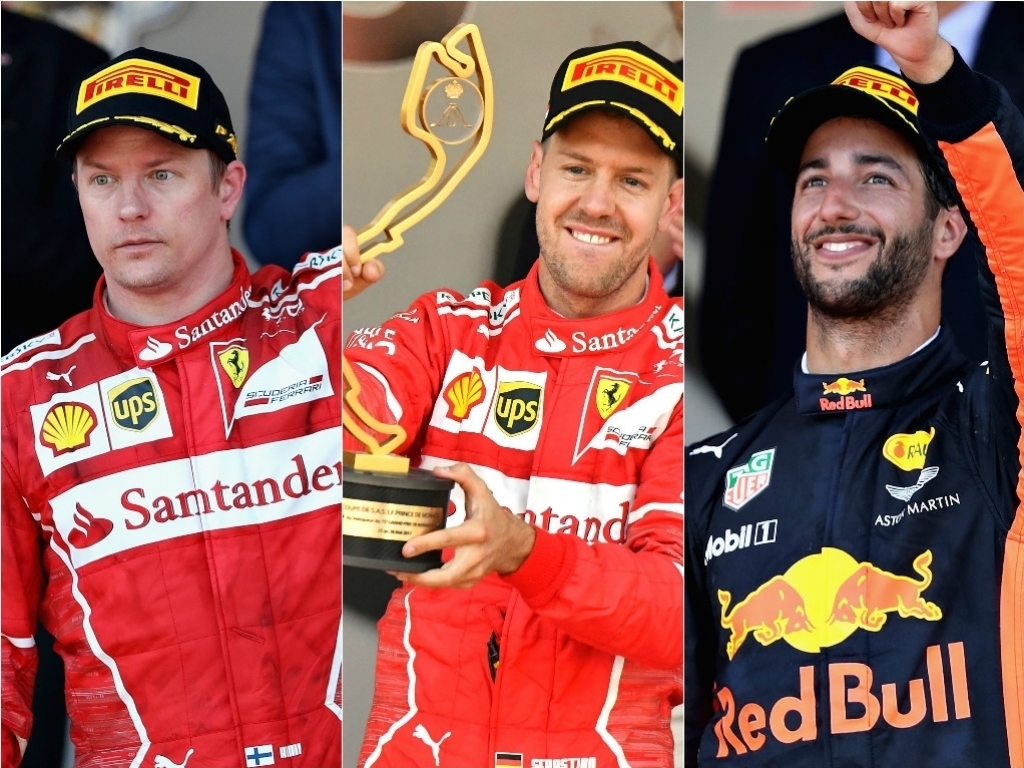 'Over-driving' Lewis Hamilton was caught out in Monaco, while some adjustments are desperately needed to the Monte Carlo circuit.

Mark Webber hit the nail on the head when he said Lewis Hamilton was over-driving from FP2 onwards. That perceived ‘need to chase time’ was evident in Lewis Hamilton’s flirtation with the outside barrier at Massenet on Saturday. He caught the twitch in one heart-stopping moment, but it was a reflection of Lewis trying to make up time in a place where you couldn’t really make up time.

Thus when he hadn’t put in a credible lap in Q2 on Saturday, he was always going to fall victim for someone having a stupid moment at the end of the session and Stoffel Vandoorne supplied it.

In contrast Bottas worked up to his fastest lap in qualifying and was very unlucky to miss out yet again by a couple of thousandths to Sebastian Vettel. Had he been 0.003 quicker then we would have had a happy smiling Finn dressed in red on the new Monaco podium.

Hamilton’s race was well-managed but he needed rainfall to get anywhere.

Kimi was faster than Vettel in free practice and in qualifying. In the race, he was given the slower strategy and was put back into traffic when Vettel got re-inserted into a clear track. The conspiracy theorists had it that this was a deliberate Ferrari attempt to favour Sebastian Vettel, as though we had suddenly retreated a few years and team orders were the province of Beelzebub. Mercedes have shown it’s a team game now, and the fact that this was Kimi’s first Ferrari pole position since Max Verstappen was in primary school is maybe an indication of who the Scuderia should be favouring.

It would be nice to see Kimi win and get that enthusiasm forced out of him, but it’s a long season. In truth Ferrari probably didn’t realise how fast Vettel could go once released from behind the No.7 car, and Seb putting the hammer down consistently in those intervening laps was the crucial difference.

Considering he had a fraught time of it last year, Max Verstappen had put that firmly behind him and what’s more, put considerable pressure on Monaco specialist Daniel Ricciardo. In Qualifying he ended up half a second quicker than Dan, and Red Bull’s strategy almost, almost got him ahead of Valtteri Bottas.

However they were both eclipsed by a later strategy for Daniel Ricciardo who eased himself into a podium place with some strong lappery exactly when it counted. One thing Dan was not so good at was getting heat into his tyres for the re-start and almost lost it when Wehrlein’s car was eased into an ungainly position at Portiers and he had to re-start the race. He got away with a graze against the barriers at Ste Devote, but Bottas wasn’t really expecting it and didn’t capitalise.

Force India mechanics put in a shift to get Esteban Ocon out on track for qualifying after he tested the rigidity of the barriers in FP3. Unfortunately he didn’t make it out of Q1 while Checo made it to Q3.

In the race, Perez was one of the few casualties of a first lap skirmish, with Carlos Sainz, that left his front wing hanging off and necessitated an early pit-stop. He forced two overtaking moves that came off, but his attack on Kvyat was a lunge too far.

Lance Stroll had the kind of race you expect a rookie to have at Monaco with limited experience on a track with barriers a mere touch of understeer away. He wasn’t the only one to get meaningful Armco time and ended up less than half a second behind his vastly more experienced team-mate.

Felipe Massa lucked into the points late on after Sergio Perez cleared a path for him, but he is getting used to the Williams team’s subdued performances on low-speed circuits.

Jenson Button took a certain amount of time to believe that the brakes on the new 2017 F1 cars could stop him a whole lot better than they could in 2016. When he finally got the confidence to join the last of the late-brakers, he managed to match Stoffel Vandoorne’s lap times. Which made you think that had he bothered to go and test in Bahrain, then he would have been even further up the grid.

Given that Honda now think their MGU-H units are only going to last a couple of races then there really wouldn’t have been much point.

Button’s swift return to the pace at Monaco highlighted another worrying fact of Stoffel Vandoorne’s ability. He crashed in Spain, he crashed in Monaco Q2 and he crashed in the race. Had he not picked up the most stupid of penalties at the Spanish GP he would have been safely in the points in this race, away from the lunges of a crazed Sergio Perez.

Sainz had a great race weekend and so did Kvyat, the Russian putting in some strong free practice times. In Qualifying he fell victim to his own failure to set an early fast time, and his best lap was ruined by Stoffel Vandoorne checking out at the swimming pool.
Sainz showed what the Toro Rosso was capable of, qualifying less than two-tenths behind Daniel Ricciardo in P6 and racing strongly to P6. Kvyat would have battled into the points had he not been the victim of the kind of move at Rascasse last seen when Jarno Trulli parked his car on top of Karun Chandhok.

Grosjean outqualified Magnussen and kept his car on the island, while Kev complained that Lewis had ruined his chances of matching his team-mate in Q2. He would have been a lot closer to his team-mate in the race if he hadn’t picked up a puncture, but two points finishes in Monaco is a result for the Haas team, for whom the use of brakes throughout a race is never taken for granted.

Heroics from Hulk, disappointment from JP. A familiar tale.

Wehrlein out-qualified Ericsson but the end-of-lap-one pitstop dropped him behind Ericsson. He was very lucky to survive a pitlane incident, released as he was right into the path of Jenson Button’s McLaren. After Jenson had to lift, the German was given a five-second penalty, but really should have been demoted behind the Mclaren.

The Sauber team’s moaning that Button put Wehrlein into the wall is ironic, considering their error relegated the McLaren driver to a pointless afternoon’s work following the Sauber, and his quick avoidance of their pitlane mistake stopped them getting a hefty fine.

Marcus Ericsson gave us a masterclass on how not to pass the Safety Car, and, as we have often come to see, made a right smorgasbord out of it.

Star of the Race: Sebastian Vettel

Overtaking move of the Race:  Perez managed to pass Lance Stroll, who was no doubt wary of anything pink coming at him in his mirrors.
In the brave new world of Liberty Media’s 2017 F1 season, something needs to be done about Monaco.

Apologies to those who’ve read this column for many years, but like a stuck record here it comes again… (in analog)

The Automobile Club de Monaco need their GP taking away from them if they can’t arrange a place to overtake. There is one. Extend the track that runs down from the tunnel, down into the run-off area, and make that even longer. Take those trees out (they shouldn’t be there anyway for safety reasons) and put them in giant boxes. They’re not big trees and they can be balled and containerised and replaced each year. Or straighten that chicane corner and push the chicane back to somewhere near Tabac. God knows how much money they make in the tax dodgers’ haven from F1, but they need to start investing some of it back.

The Maldonado Award: Sergio Perez – this would have been Jenson Button’s except Sergio managed to end two people’s races by trying moves that were unlikely to come off. He scared Stoffel Vandoorne into the barriers and then tried a move into Rascasse on Daniil Kvyat that most touring car drivers wouldn’t have chanced.

The Last Word: Sergio Perez: “You box me because of safety. Who cares if the engine blows up.”