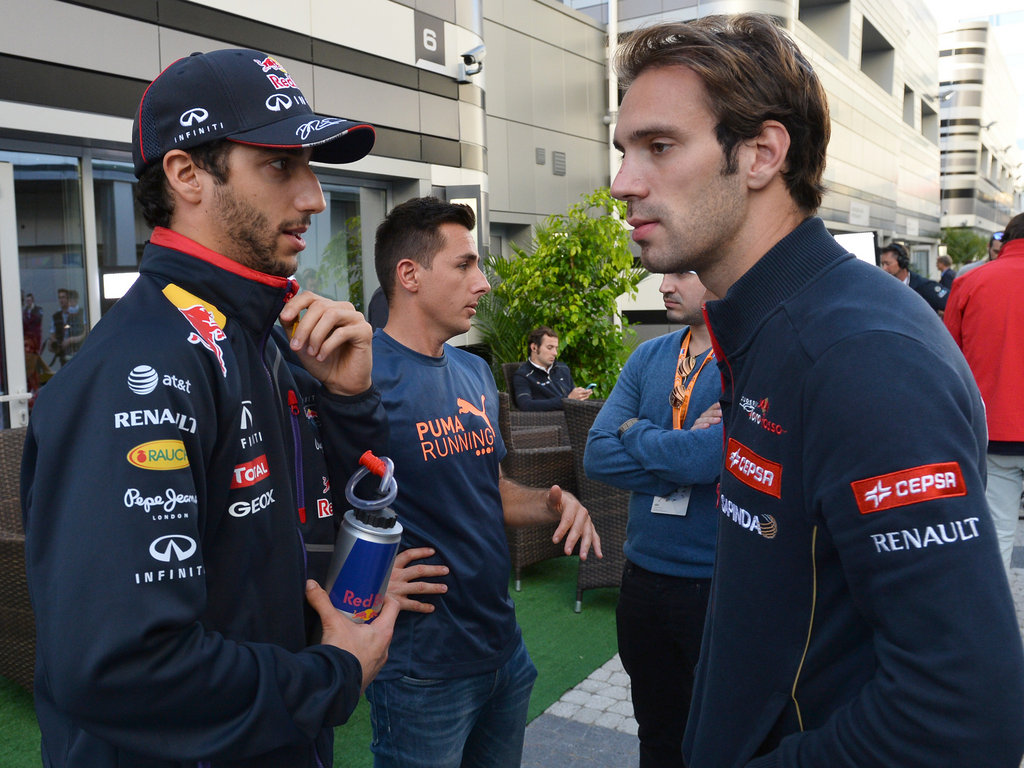 Mercedes
Nico Rosberg 3 – Lewis Hamilton 13
Race: Hamilton
Before the race there was an aerial display from the Russian equivalent of the Red Arrows, flying red, blue and white vapour trails over Sochi. Sutton motorsport images have taken a picture of Nico Rosberg braking into Turn 2 from above which makes it look like Nico had decided to imitate the trainer jets with his two front tyres, producing a spectacular trail of smoke as he slid. It was another example of the difference between how the Mercedes duo manage their braking. In Monza Rosberg messed up his braking into the first chicane a couple of time and lost the race as a result, and it was the same story here. It was a good job he didn’t hit Hamilton on the way through – that would have made for a fun three weeks before Austin.
What’s the betting that Lewis was saving this particular engine for Abu Dhabi…?