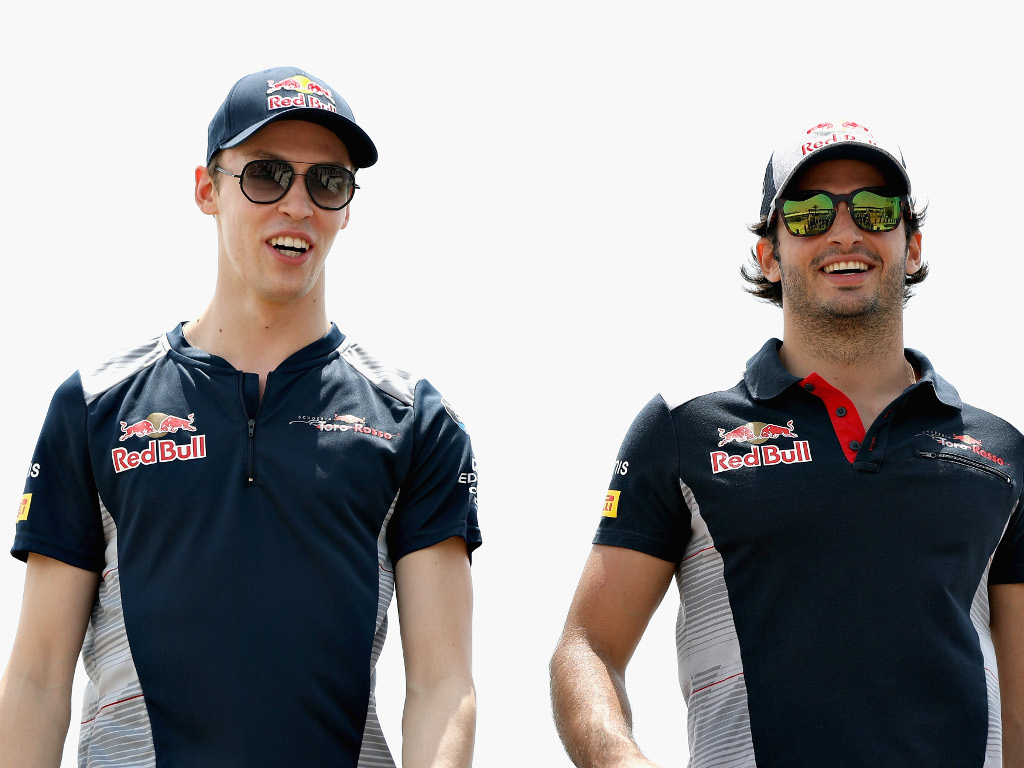 Lewis Hamilton was the star, Max Verstappen won the overtake award and The Torpedo was awarded the Maldonado for the second week running.

Mercedes
Hamilton 7 – Bottas 3
Race: Hamilton
A perfect race weekend for Hamilton, qualifying on pole and closing in on Michael Schumacher’s all-time pole record and then blowing the opposition away in the race. What was surprising was that Valtteri Bottas couldn’t get within 0.6 of his qualifying time. Lewis did have some luck on Saturday, though, the stewards took a kindly view of his dallying in Q3 that delayed Romain Grosjean who complained bitterly on team radio.  And although that’s pretty standard for the ginger whinger, this time he had a fair point.

Bottas showed that this was exactly the right kind of circuit to incur a five-place grid penalty and he had a nice wide track to make the passes that Lewis couldn’t pull off in Austria. Don’t discount the Finn from a title bid; as Luca Montezemolo liked to say about his Ferrari drivers from time to time, ‘he has the knife between his teeth’.

Ferrari
Vettel 6 – Raikkonen 4
Race: Raikkonen
Kimi Raikkonen showed he was no ‘laggard’ by sticking his Ferrari on the front row and, but for the late race tyre dramas, looked like he had enough in hand to fend off the fast-charging Valtteri Bottas. There were the usual steering wheel settings conversations with Dave Greenwood, which are becoming like a regular radio drama (presumably that’s why we’re hearing more of them), but he showed far more speed than Vettel who’s never done tremendously well at Silverstone, losing out to Mark Webber when they were team-mates (“Not bad for a No.2, eh”).

What we wanted to hear more of was the reaction of car No.5’s driver when he tried to pass that Dutch kid in the Red Bull. There were a lively couple of laps, especially at the exit of Stowe corner, when the racing tarmac just wasn’t enough. Ultimately he paid the price for Ferrari’s new-found ability to chew up Pirellis, a large part due to the extra downforce generated from the new front wing.

Red Bull
Max Verstappen 7 – Daniel Ricciardo 3
Race: Ricciardo
It was Daniel’s turn to hear that soul-destroying noise of the Renault engine packing up in Qualifying, a dying noise that’s been all too familiar to Max Verstappen in 2017. At the point of expiration Dan was leading in Q1, but times were already beginning to tumble. Starting from the back he carved his way through the field, a stellar performance only blighted by an attempt to go around the outside of Grosjean at Luffield, after which he found himself on the grass.

Max got a great start and made the most sublime pass of Sebastian Vettel on the opening lap, after which we had fun and games as the Ferrari tried to get the place back. It’s a pity that Red Bull didn’t attempt the undercut to prolong the duel, but ultimately, forcing Ferrari to pit early might have helped reduce the integrity of the tyre (that plus a great big lock-up when defending against Bottas).

Force India
Sergio Perez 7 – Esteban Ocon 3
Race: Perez
Perez outqualified Ocon, but Ocon got the jump at the start and that’s how it stayed, the duo finishing 8th and 9th and keeping all their bodywork intact, despite their racelong proximity.

Williams
Felipe Massa 10 – Lance Stroll 0
Race: Massa
Williams qualified abysmally for a race that was a celebration of Frank Williams’ 40 years in the sport. However the moment the lights went out, as in Austria, the cars came alive. Massa put his in the points, but Lance was a lot further back. This was Stroll’s first experience of driving an F1 car in the wet so he can be forgiven for not making it out of Q1.

Vandoorne found himself in a foreign country, known as Q3, and qualified ninth and would have finished in the point, had a pit-stop not delayed him, allowing Massa to snatch it.

Alonso started from the back of the grid thanks to a gazillion Honda-bestowed penalties. So given some brand new equipment the hope might have been that his car would last the race. Guess what’s coming…

Toro Rosso
Carlos Sainz 7 – Daniil Kvyat 3
Race: Sainz
Kvyat outqualified Sainz but that was mainly thanks to the Spaniard’s suspension problems. In the race, Carlos got the drop on ‘the torpedo’ only to find him clattering into the side of his car at Becketts. The stewards decided that rejoining the track and sideswiping another car – even if it’s in the same livery – was worthy of a penalty.

Thus the Russian had ended any chances of him scoring a point on the opening lap for the second race running. It’s rare to pick up the Pastor Maldonado Award two races in a row (that was what made Pastor so memorable) and one can only look forward with anticipation to Hungary.

Haas
Romain Grosjean 5 – Kevin Magnussen 5
Race: Magnussen
Grosjean got a different brake supplier for Silverstone, and managed to qualify above his Danish team-mate. Grosjean got to Q3 and Magnussen disappeared in the mixed conditions of Q1. In the race they swapped positions, Magnussen had better race pace, though Grosjean’s drop was largely due to a second pit-stop.

Renault
Nico Hulkenberg 9 – Jolyon Palmer 1
Race: Hulkenberg
Only Nico Hulkenberg got the new Renault floor for Silverstone (reckoned to be worth 0.15-ish) but there was still an ocean between him and his luckless team-mate. Hulk was swallowed up by Daniel Ricciardo late in the race when his MGU-H energy fell away, but sixth place was still a stellar result.

Jolyon had no opportunity to impress at his home grand prix after his car decided to quit on him on the parade lap, thus causing an aborted start. It was a cruel blow as this is the circuit he knows the best, and he only missed Q3 by 0.2 of a second. If he’d had a nice shiny new floor…

Sauber
Marcus Ericsson 2 – Antonio Giovinazzi 0
Marcus Ericsson 4 – Pascal Werhlein 4
Race: Ericsson
These two love a bit of wheel banging, and they didn’t disapoint at Silverstone. Wehrlein’s race was then compromised by a strategy that looked to have been devised by random selection. He stopped for Medium tyres during the Safety Car period before going straight back onto Softs. It didn’t work, they didn’t last, but it was presumably devised just to keep these two apart.