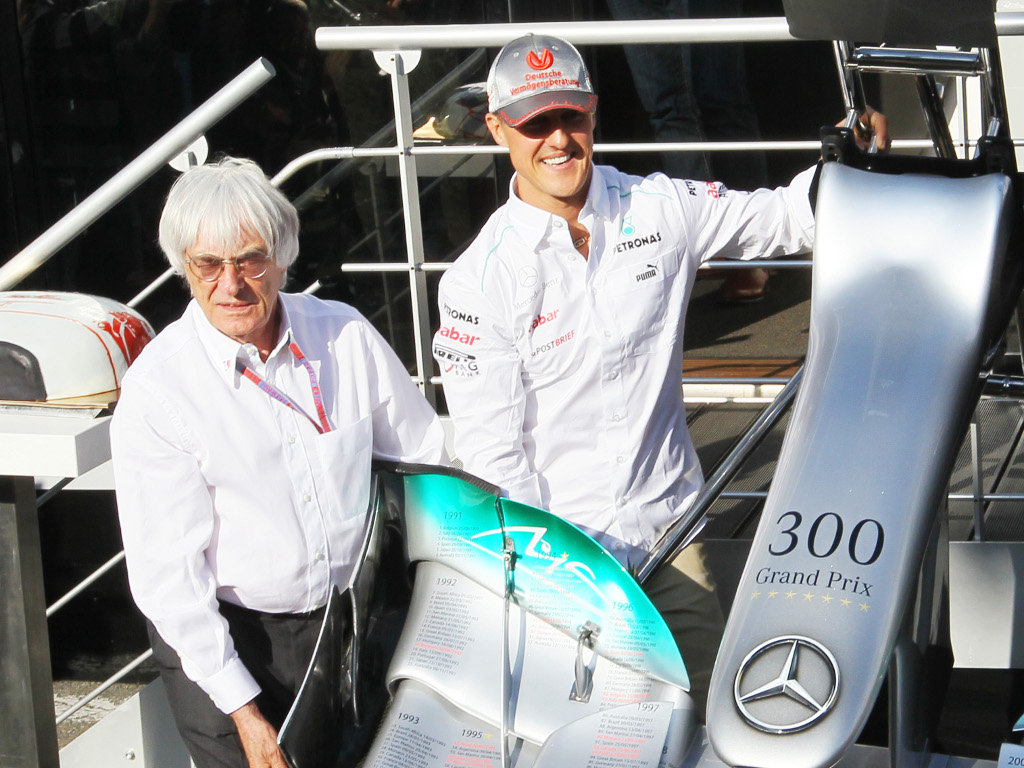 It’s all square at Mercedes, Force India and Toro Rosso, while two drivers didn’t get beyond La Source and still beat their team-mates…

Because in F1 the first person you have to beat is your team-mate.

Red Bull Racing
Race: Vettel
Season: Sebastian Vettel 8 – Mark Webber 4
Vettel looked a lot more motivated than Webber at Spa, which was a surprise. Considering Mark was faster than Seb in qualifying and got a marginally better start you’d think he’d have been pressing a lot harder. It appeared that the lack of top-end speed on the Kemmel straight really affected him. Vettel was combative and on it.

McLaren
Race: Button
Season: Jenson Button 4 – Lewis Hamilton 8
Lewis Hamilton achieved many things in Spa – none of them positive. He managed to p*** his team off, his team-mate off and hand his rivals valuable data about his qualifying performance, such as ride height. He got a bad start and left the door open for a bit of wanton Grosjean action. Which he got.
Button was suddenly superb. Like someone had flicked a switch. Or a button.

Mercedes
Race: Schumacher
Season: Michael Schumacher 6 – Nico Rosberg 6
Michael was the least worst Mercedes driver at Spa. Seventh place looked better than he was going to get after qualifying on Saturday, but at least he celebrated his 300th GP with a temporary visit to 2nd place.
Come to think of it, if he’d changed his tyres at the same time as Raikkonen he might even have got a podium place – there was no way that Raikkonen could live with the W03’s sheer speed up the straight. Though there are some convincing signs that he’s going to call it

Ferrari
Race: Alonso
Season: Fernando Alonso 12 – Felipe Massa 0
There are worrying signs that Alonso’s bang on the head was slightly more than he’s letting on. After the race an Italian journalist gleefully told the BBC team that Fernando thought the massive accident into La Source was Hamilton’s fault. Then you thought “ah no, that was just a wind-up”. But then Fernando comes out with sentences like: “I think they (Romain and Lewis) had a battle and they are two aggressive drivers on the start.”
Not really. It’s pretty obvious what happened. Lewis gets a slow start drives straight for the corner, doesn’t deviate from his line, which is about 40cm from the edge of the track, and Romain comes swinging across and crashes into him. That is not a “battle” and that is not Hamilton being aggressive. He couldn’t possibly have put a wheel on the grass under braking, he was driving straight. And he couldn’t have anticipated that Grosjean was going to keep coming like the Mclaren wasn’t there (which is what Grosjean thought, he believed he was past Lewis)
What it does tell you, though, is that Alonso’s mental fragility might be beginning to re-appear. Pressure’s a horrible thing and if you think back, the last time Alonso was in a winning position like this and getting closed down from drivers behind was in the 2006 season, when Michael Schumacher and Ferrari were on his tail. There was the race when he got hysterical and accused his team, and Flavio Briatore, of not wanting him to win the World Championship. Let’s see how he copes with Monza – a disappointing weekend could be very revealing.

Lotus
Race: Raikkonen
Season: Kimi Raikkonen 9 – Romain Grosjean 3
Finally Kimi got his good grid position, and a good start but this time the car had too much downforce. Grosjean made yet another hash of the start of a race and got the punishment that he and Maldonado should have had about four or five races ago.

Sauber
Race: Perez
Season: Kamui Kobayashi 4 – Sergio Perez 8
Although Kobayashi put in a sensational qualifying lap, he got a very poor start and when the locomotive hit him from behind he had already effectively lost places to Alonso and his team-mate. Sergio Perez must have had the most races destroyed by other drivers in 2012. We’ll have to make him a special PF1 trophy. Michelle’s bound to be able to knit him a decent-sized trophy by November.

Williams
Race: Senna
Season: Maldonado 4 – Senna 8
Bruno Senna had a great race but like Mercedes, the one-stopper just didn’t quite stretch. He also managed to remember the important advice from Mark Gillan – wait for the red lights to go out before start your race. Pastor: “the clutch slipped out of my hands…” How expensive are those racing gloves?

Toro Rosso
Race: Vergne
Season: Daniel Ricciardo 6 – Jean-Eric Vergne 6
The Toro Rossos finally got some prime race coverage and as we’ve come to expect from all Toro Rosso drivers, they were both evenly matched. Vergne finished in front of Ricciardo and got the bonus of nudging Nico Rosberg out of the way when the Mercedes driver left him virtually no room at all going through Les Combes. Very neat.

Caterham
Race: Petrov
Season: Vitaly Petrov 6 – Heikki Kovalainen 6
Heikki qualified in front of Vitaly and also emerged from the first lap melee in P10, but his race was beset with problems after that, culminating in an unsafe release when he hit the strangely-not-that-far-behind HRT of Karthikeyan.

Marussia
Race: Glock
Season: Timo Glock 7 – Charles Pic 5
Timo Glock likes what they’ve done to the Marussia and had it not been for the attentions of Maldonado (Pastor is certainly the people’s stock car driver – he’ll have bashes with anybody, front of the grid, back of the grid, middle of the grid, he doesn’t care.)

HRT
Race: De la Rosa
Season: Narain Karthikeyan 2 – Pedro de la Rosa 9
A great race for Karthikeyan that ended with a loose wheel sending him into the barriers. The new teams are getting a bit racy (amongst themselves) all of a sudden.

Eddie Jordan talking about his experience in the Spa campsite:
“Everywhere we went we were hounded… but in a nice way hounded.”