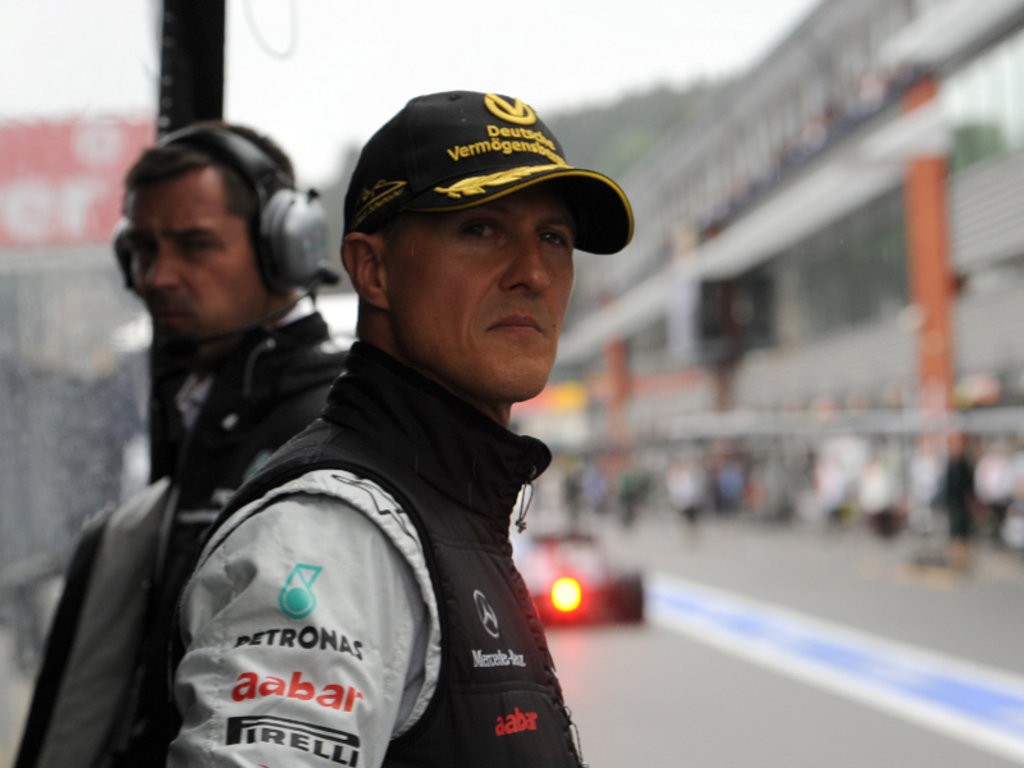 Alonso and Vettel stretched that gap, Button drew level and Schumi’s clawing his way back…

McLaren
Season: Hamilton 6 Button 6
Race: Button
This is definitely one that got away for Lewis Hamilton… who will be extra wary when he overtakes Kamui Kobayashi from now on. Ironically it was Hamilton’s accident which brought out the Safety Car, that enabled Jenson Button to close up to the cars in front and retrieve a podium position.
Even more ironically, it was Hamilton’s accident that allowed Sebastian Vettel to win the race – without it, it could have been Fernando. Lewis has claimed 100% of the blame for the accident, which is very gallant of him – at least 30% of that blame is PR.

Red Bull
Season: Webber 2 Vettel 10
Race: Vettel
If you’re going to mess your starts up you can’t expect to win races let alone championships. But P2’s not a shabby recovery. Mark Webber made amends for yet another dismal, bogged down start with the passing move of the season, slicing past a mature Fernando Alonso into Eau Rouge. As mentioned in Winners and Losers, if that had been Kobayashi there’d still be sweeping up the carbon fibre, but the same could probably be said for the inexperienced half of the field and Lewis. As it was, it will become one of the defining moments of the new-in-HD 2011 season. Vettel won the race for pole thanks to ill-advised camber on his Red Bull that blistered his front tyres. Nobody could remember when they last saw a blistered front – blistered rears, yes, blistered fronts, no. The fact that the cards fell into place for him yet again in the race says a lot about his season. He can do little wrong. But his Rubens Barrichello season-at-the-Scuderia will come.

Ferrari
Season: Alonso 10 Massa 2
Race: Alonso
Another qualifying win for Felipe, who got a great start, and showed signs that he didn’t want his team leader to come past in a hurry. When he did, in a bit of a clumsy move going down to Rivage, they both nearly lost the place to what must have been a chuckling Lewis Hamilton.
As it was Alonso was able to open up a gap to Massa and late on Felipe suffered (what for him this season is typical bad luck) a puncture on one of the worst circuits to suffer a puncture on.

Mercedes
Season: Schumacher 5 Rosberg 7
Race: Schumacher
Ah, that old Schumi magic. He may have been reduced to being only the No.3 German driver, still ahead of Heidfeld, Sutil and Glock, but every dog has his day (or hunde tag). Rosberg got the most glorious Mercedes start of the year, with added gloss for passing Vettel into Les Combes with no DRS activated, but it was Schumi who ground out the better race result. After his bad luck in qualifying it was all smiles again and the golden helmet and the gold T-shirts were all worth it. Much better to have qualified on the last row of the grid than one place in front of Bruno Senna.

Renault
Season: Heidfeld 7 Petrov 4 Senna 0
Race: Petrov
It was a very big surprise to see Bruno Senna sat in the car in Spa and when he spun off and damaged it in practice Eric Boullier must have been thinking that he’d made a mistake putting the Brazilian in the car. That doubt vanished on Saturday afternoon when Senna’s heroic qualifying performance threw him firmly back into the spotlight and cancelled out a whole dismal season with HRT. The sad thing is that as he accelerated past Mark Webber heading for Turn 1 he must have known he was already up to P6 why (oh why, oh why) didn’t he just bank the place and slam on the brakes cautiously. Easy to say now.

Williams
Season: Barrichello 8 Maldonado 4
Race: Maldonado
Maldonado was a lucky boy to be participating in the race in Spa and, you have to say, in the two GPs to follow. What he did in anger to Lewis Hamilton’s car was extraordinary. Whether you think Lewis is a complete w****** or not, you can’t drive your car into somebody else’s and expect to get away with it. Even Michael Schumacher can’t do that. Look at Eddie Irvine’s accident at the Brazilian GP in 1994. He ultimately got a three-race ban for what could easily have been put down as a racing incident.
In the race Pastor got the better of a Rubens Barrichello hampered by following Kamui Kobayashi who stayed out too long on worn tyres. The Sauber way.

Force-India
Season: Sutil 5 Di Resta 7
Race: Sutil
Sutil’s qualifying was the less calamitous than DiResta’s, but both had good races.

Sauber
Season: Perez 5 Kobayashi 7
Race: Kobayashi
There’s an old Jasper Carrott monologue (and by definition, that’s very old) where he’s talking about his aged mother-in-law driving around erratically at 20mph in a Morris Minor and turning left and right when she feels like it: “The funny thing is, she’s never been involved in an accident…no…but she’s seen hundreds.” It’s the same for KK – though for some reason Sergio Perez tried to join in the fun in Belgium. After the race Perez said he shouldn’t have got a drive-through penalty from the stewards and the accident with Buemi wasn’t his fault. Surely he should understand that if you get a penalty from the stewards you are obliged to go on Twitter and say it’s 100% your fault. Arguing with them? Why, sir, that’s heresy.

Toro Rosso
Season: Buemi 5 Alguersuari 7
Race: Alguersuari
Like the Titanic, Alguersuari was doomed on his maiden voyage from P6. Buemi didn’t do so badly in qualifying either. You’ve got to say that on that performance alone you can’t see Jaime losing his Toro Rosso seat for 2012.

Lotus
Season: Trulli 4 Kovalainen 8
Race: Trulli
Even though Jarno didn’t have power steering he did well in Spa. Heikki helped create the Q1 upset by his last gasp P16 time, but Jarno took advantage of an unfortunate coming together at the start

Hispania
Season: Liuzzi 10 Karthikeyan/Ricciardo 0,
Race: Liuzzi
Liuzzi qualified ahead of Ricciardo and was only one lap down at the finish.

Boring versus Exciting GPs
Boring 2 Exciting 10
Even though Vettel is still winning and even though it was still dry, it was a great race. But that’s Spa for you.

Eddie Jordan Man of Wisdom or Complete Arse?
Eddie on Spa: “This is where the whole historic moment started from.”
Jake Humphry: “Eddie who do you think is going to win?”
EJ: “Watch out for Fernando Alonso.”
Jake Humphry (surprised): “Alonso?”
EJ: “I don’t think he’ll win but watch out for him.”
Eddie to Christian Horner after the race: “Christian we know in the past you’ve made the drivers stay in