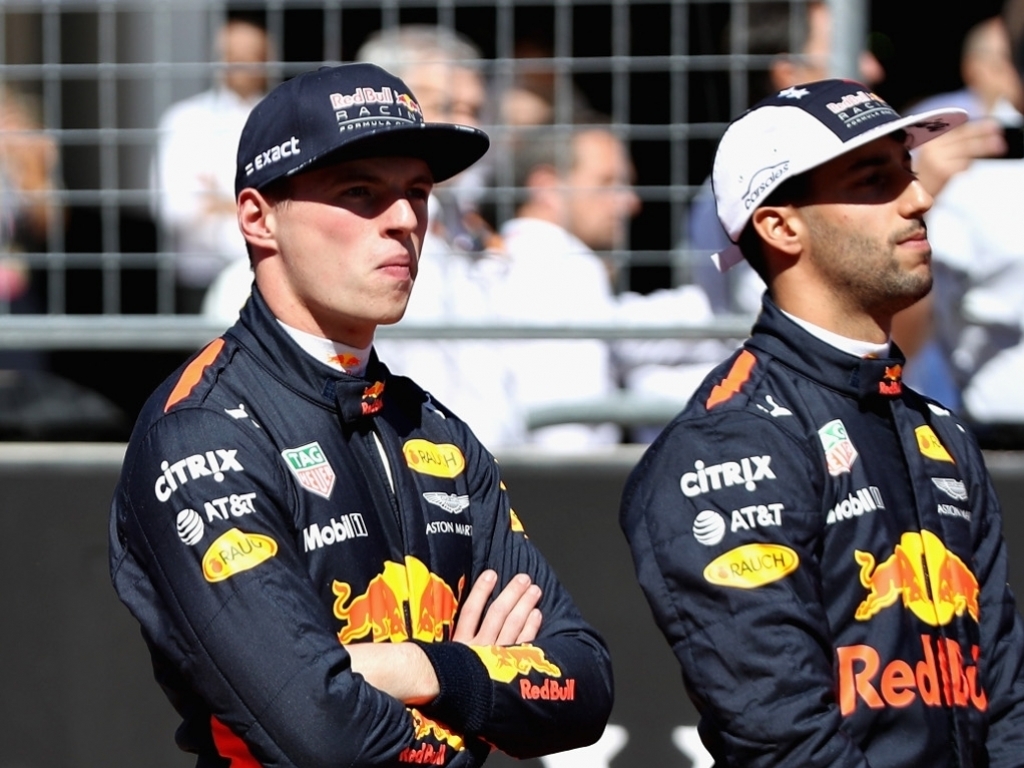 Max Verstappen may have just missed out on a podium but it was Daniel Ricciardo who scored Red Bull’s TMW’s point in Austin.

Mercedes
Hamilton 14 – Bottas 3
Race: Hamilton
Another precision weekend from Lewis Hamilton as he topped all the practice sessions and qualifying, his only two minor blemishes being a slower second run in Q3 and a fractionally slow getaway. Otherwise it was exemplary.

It’s hard when you’re up against a man who has the all-time record of pole positions, someone who loves the Austin track and is a multiple winner there, but Nico Rosberg was far more of a challenge than Valtteri Bottas. This season it doesn’t matter that he’s not taking points away from Mercedes’ rivals when they have the fastest car. Next season it most certainly will.

Ferrari
Vettel 9 – Raikkonen 8
Race: Vettel
A fantastic final lap in Q3 from Sebastian gave us the impression the race might have been a lot closer. As it was, the late race stop for tyres forced onto Ferrari by Verstappen was the biggest potential threat to a Hamilton victory. Had his tyres (or as it’s Austin, tires) gone off the cliff, then that might have been a way back for Seb.

Raikkonen eased off and let Vettel past, something that is quietly forgotten when looking at the bald statistics of how many points Kimi has scored this season compared to Sebastian. Also, in Austin Vettel got ALL the upgrades. Raikkonen’s qualifying performance wasn’t his best, and his race result was flattered by the loss of Ricciardo, the demotion of Verstappen and Bottas’s slightly damaged floor.

There was paddock talk this weekend of Mauricio Arrivabene saying “ciao” to the Scuderia at season’s end. Now I never thought that Stefano Domenicali did anything wrong when he was removed from his post. Arrivabene cuts a surly figure in the pitlane but surely he should be allowed the time to put a winning team together. This isn’t football.

Red Bull
Max Verstappen 12 – Daniel Ricciardo 5
Race: Ricciardo
Verstappen may have been the star of the show, but it was Daniel Ricciardo who edged his team-mate in Qualifying. It would have been interesting to see how the race panned out had Daniel’s engine not gone clunk, with the interplay between Ricciardo, Vettel and Verstappen at the end of the race, but the failure of yet another Renault engine put the kybosh on that. Daniel was ahead when it happened and so takes the TMW points.

It would be hard to add further praise to what’s already been written about Verstappen’s drive, though he was wrong to use the word “idiot” when describing one of the stewards after the race. He should have used something a lot stronger.

Force India
Sergio Perez 9 – Esteban Ocon 8
Race: Ocon
Ocon outqualified Perez and looked pretty racy at the start. After the race had settled down Sergio came buzzing into Esteban’s mirrors like an irritating pink wasp and had to start his application process over team radio to be allowed the licence to pass his team-mate. In fact he wanted the extended licence – to be let past. Alas his engineer had to politely explain that he had only closed up on Ocon because Esteban was ‘managing’ things. The most important thing he was managing was to stay ahead of Sergio, which he did to the flag.

Checo fell back and into the clutches of Carlos Sainz, which meant he hadn’t been managing his tyres (something he’s normally exceptional at) so well, or he’d caught a dose of Alonso’s “I don’t care!”

Williams
Felipe Massa/Di Resta 13 – Lance Stroll 4
Race: Massa
Massa was way down the road in Qualifying, but that was mostly down to Lance’s faltering energy recovery system, which didn’t see him escape Q1. Massa ran long on Super-Softs and finished on Ultra-Softs a strategy that ultimately got him up to the exhaust of Perez, but not past it. Stroll didn’t manage to catch Grosjean for the final point.

McLaren
Fernando Alonso/Button 14 – Stoffel Vandoorne 3
Race: Alonso
Fernando was trying just as hard as he ever was and would have taken seventh place if the engine he took in Japan could have lasted for two race distances. That’s still a bit of a stretch for Honda right now, though Stoffel Vandoorne’s newly uprated ICE got to the flag. (Let’s see what happens to it in Mexico.)

Another race where El Nano was a significant step above his team-mate. Despite the old engine, when it was working he was catching Ocon.

Toro Rosso
Carlos Sainz 11 – Daniil Kvyat/Pierre Gasly 5
Kvyat 1 – Hartley 0
Race: Kvyat
Kvyat’s hefty kick up the arse from Dr. Helmut has helped him focus his attention on the job in hand, as was evident in Austin. But comparing yourself to a guy who was in the Red Bull Junior programme when Daniil was in pedal karts, and who hadn’t raced or tested any current F1 machinery is no-one’s idea of benchmarking. As it was, Brendan Hartley got quicker and quicker as the weekend went on, and admitted that the outstanding grip he got from the ultra-softs in Qualifying was a universe he had never explored. The last time he raced in a single seater was 2012!

Haas
Romain Grosjean 8 – Kevin Magnussen 9
Race: Grosjean
It’s nice to see that Romain Grosjean has got a sense of humour and has now developed a helmet (not the tribute to Nicky Hayden) with a graphic of his mouth and a speech bubble: “I’m not moaning.” Of course that didn’t stop him moaning, that’s inevitable, like the tide coming in and out.

Kevin – stroke my bonbons – Magnussen brought his usual abrasive on-track attitude to the grand prix and had contact with both Saubers. It didn’t end well for either Sauber and both could be put down to the Dane’s uncompromising view of taking a line and sticking to it, whether it meant contact or not.

Renault
Nico Hulkenberg 15 – Jolyon Palmer 1
Nico Hulkenberg 0 – Carlos Sainz 1
Race: Sainz
Carlos Sainz immediately exposed Jolyon Palmer’s inadequacies as a driver by stepping into the Renault and outperforming his team-mate at the very first race. We shouldn’t be surprised by this. When Sainz and Verstappen were together at Torro Rosso there was hardly anything to separate them.

There was a fantastic moment when Carlos executed a long-drawn-out overtaking move on Sergio Perez to take P7. The cameras switched to the garage and in any other team they’d be punching the air and whooping. Alain Prost and a few of the technicians looked like they were sitting in Costa Coffee and their cappuccinos hadn’t arrived. Perhaps they were stunned at the “other Renault” overtaking something.

Star of the Race: Max Verstappen
Overtaking Move of the Race: Max Verstappen on Kimi Raikkonen for P3 on Lap 56.
The Maldonado Award: Kevin – Lick my Chewitts – Magnussen
The Last Word: Channel 4 commentators Karun Chandhok and Ben Edwards were talking over pictures of fans tailgating in the car park getting ready for Qualifying.
Karun Chandhok on C4: “I don’t know what kind of cake that is.”
Ben Edwards: “That’s meat, Karun, it’s a barbecue.”