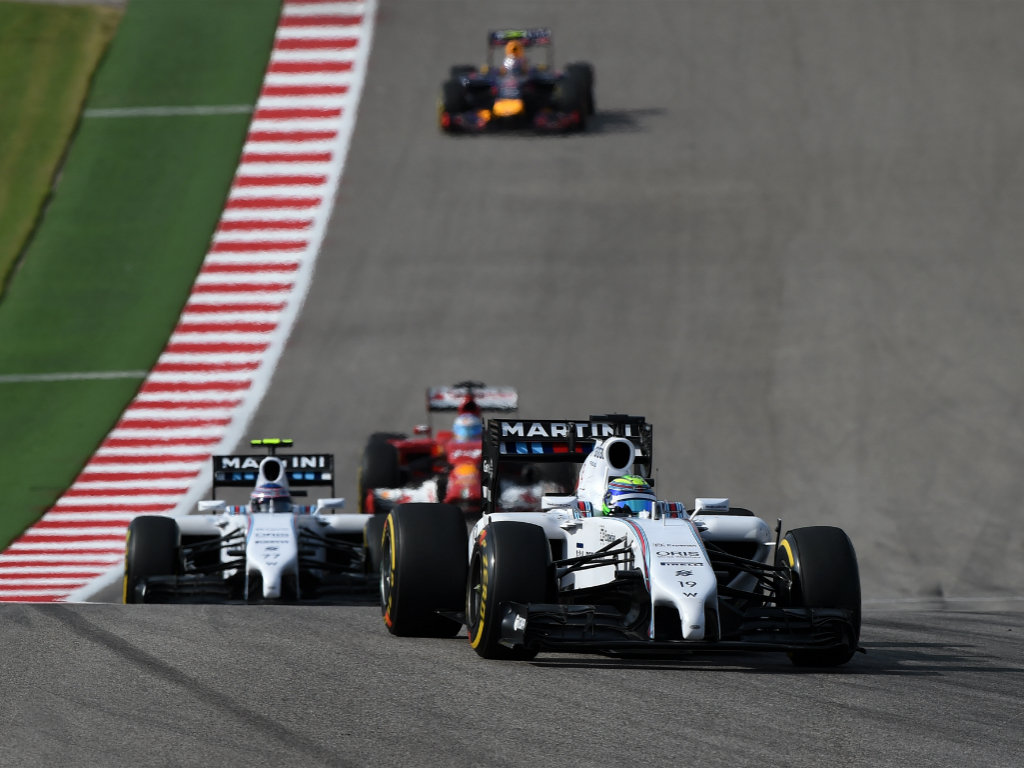 Mercedes
Nico Rosberg 3 – Lewis Hamilton 15
Race: Hamilton
You have to hand it to Nico Rosberg, he has performed superbly well in Qualifying this year. But then again, that’s the only thing he’s done better than Lewis. In the race he was good when he had the advantage of tyres in the first stint – but the moment they had parity in the second he lost out. And it seems the absence of mid-race coaching is beginning to have an effect, a contributory element in Lewis’s five-race-win streak.
After the race Rosberg told reporters that he should have had more boost available to keep ahead of Lewis at the critical moment. “I made a mistake because I used the wrong thing to get more KERS. When I saw him coming I decided to go for extra boost but I never got it. If I did it with a button it would be immediate, but with a switch there is a delay, so I never got the extra KERS. I had a big drop off, which is why in the last metres he got a good jump on me.” Yeah, right.
So if he’d been expecting Lewis to challenge, why didn’t he move across and cover the inside line a lot earlier…?
Lewis Hamilton: “At the moment, I’m just enjoying the moment.” You can’t argue with that.
Red Bull
Daniel Ricciardo 13 – Sebastian Vettel 4
Race: Ricciardo
From a TMW perspective this is a tough one, because Seb and Dan didn’t compete on even terms all weekend. Knowing that his Red Bull mechanics had to compose an engine from a bag of bits – sorry, the team had run out of bags of bits – Rocky peeled off the shrink wrap and opened the verboten extra unit. So it was a pitlane start all the way for Vettel. Dan qualified in P5, did his best to convert that to P9 on the opening lap (though presumably they had a lot less launch data from just one car) and came home in P3, but wins it purely on facial hair.
Ferrari
Fernando Alonso 15 – Kimi Raikkonen 2
Race: Alonso
The Scuderia isn’t a place of great joy right now with a non-committal Fernando on the way out and a team-mate who’s doing far worse than Felipe Massa. In Qualifying they were pretty close, and in the race there were times when they were together, but the remorseless understeer just gets to Kimi, while Fernando just gets on with it.
McLaren
Jenson Button 13 – Kevin Magnussen 4
Race: Magnussen
Like the Red Bull dilemma, this is a difficult call. Button outqualified Magnussen and would have been on the quicker side of the grid at the start, had his gearbox not needed replacing. So he was relegated five places to P12 for no fault of his own, had to stack behind Magnussen at the first pit-stop and lost time and places waiting for his team-mate to be serviced during the second round. With a spirit of magnanimity Magnussen gets it for once.
Williams
Valtteri Bottas 9 – Felipe Massa 8
Race: Massa
Massa and Bottas are the most evenly matched driver pairing on the grid. Williams rate Valtteri’s ability to judge tyre wear, so it was particularly impressive that in a race where judging tyre wear was critical, Massa could outpace Bottas.
Toro Rosso
Jean-Eric Vergne 9 – Daniil Kvyat 8
Race: Vergne
Vergne was on fire again, producing some great overtaking moves, including a gentle caress of the Lotus bodywork that the stewards thought a little too NASCAR. Didn’t they know they were in the South?
Force India
Nico Hulkenberg 10 – Sergio Perez 7
Race: Hulkenberg
Before the race there was the odd rumour going round the paddock that the Force India team might boycott the USGP in protest over the financial structure. It didn’t happen, but Checo took matters into his own hands on the opening lap, disposing of himself, one other competitor and having a good old go at the team that receives most of the bonus money. Not his greatest race and not his greatest excuse either. Hulkenberg rolled to a grinding halt on Lap 18 halt and with it the team’s 2014 challenge to McLaren.
Lotus
Romain Grosjean 10 – Pastor Maldonado 7
Race: Maldonado
Lotus look racy again, and that’s before they get their 2015 Mercedes engines. For once Pastor looked to be the less wild of the two drivers, which shows you want kind of a dreadful weekend Romain Grosjean was having. Imagine those two as Toto Wolff’s driver pairing for Mercedes – stick Pastor and Romain in W05s with no team orders and it would make Rosberg vs Hamilton like gentleman racers in