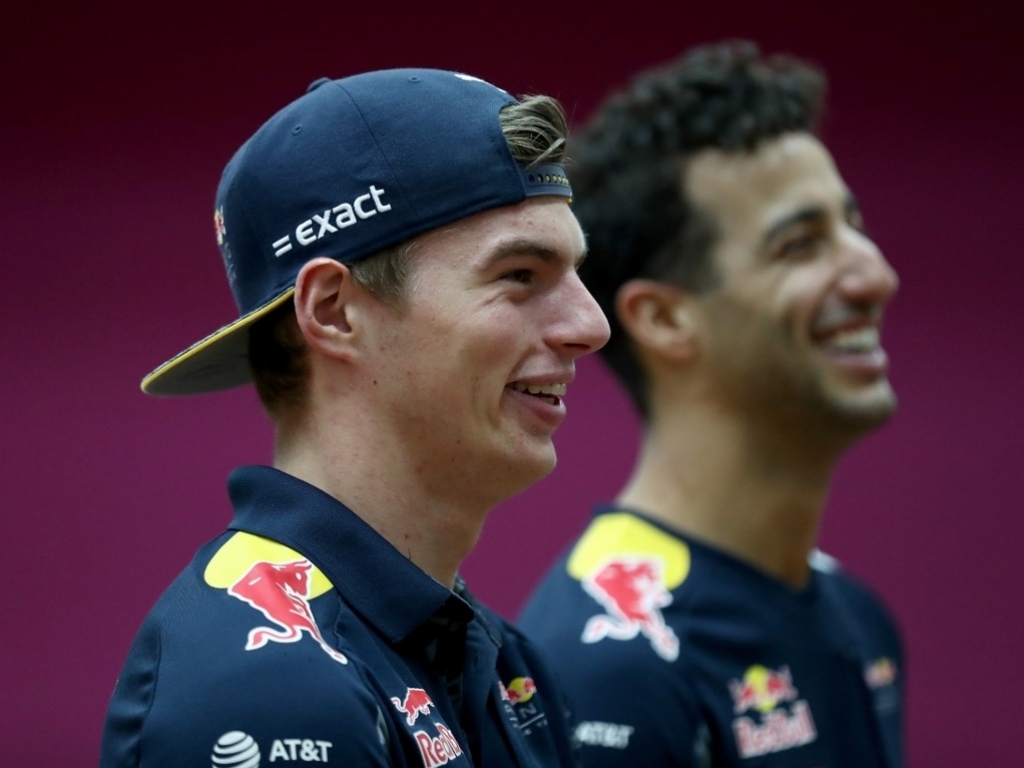 Mercedes
Race: Rosberg
Season: Lewis Hamilton 10 – Nico Rosberg  8
Given Ayrton Senna’s huge volume of poles, it’s interesting to find out that Lewis now has more poles across different circuits – 23 in all. And with 50 wins he’s closing in on Alain Prost’s total of 51 wins. It could happen this season

This win kept the World Championship alive but advantageous timing of the Virtual Safety Car for Nico Rosberg allowed him to trim the points gap to just seven, when it looked like it could easily be 10. Had Raikkonen not been delayed behind Jenson Button, and got himself between Ricciardo and Rosberg  after the first pit-stops, that could have sealed Nico’s demotion to the lowest step on the podium. He would have got past, but it would have given Dan the space he needed.

Hamilton controlled from the front, all the time listening out for the faintest noise that would reveal a problem with his engine. After the Malaysian GP Lewis bemoaned the fact that of all the engine units across the grid in four teams, it was him who suffered the failures.

Now, remember Spain when Rosberg missed a gear, lost drive, then darted to cover Hamilton who couldn’t possibly have expected his team-mate to come at him. Lauda blamed Hamilton, which was clearly rubbish.  This week in Ross Brawn’s book, the former Mercedes technical director outlines that he couldn’t trust the people at Mercedes when they brought Paddy Lowe in from McLaren.

It makes you wonder why Lauda and co. are regarded by Brawn as untrustworthy…

Ferrari
Race: Raikkonen
Season: Vettel  10 – Raikkonen 8
Kimi outqualified Seb but it was hard to judge the duo’s relative pace after Ferrari opted for different strategies. And then there was that final fatal pit-stop where a mechanic must have been lucky not to break a wrist if he still had the gun on the wheel when the green-light came on.

Yet again Vettel was involved in a first corner skirmish, this time choosing his own (relatively tight)  line irrelevant of the fact that two cars were up his inside. Had he looked in his mirror he might have seen that he was very close to being punted in the left-rear and turned around, not because of a rash move, just because Hulkenberg had nowhere to go.
Red Bull
Race: Ricciardo
Season: Ricciardo 9 – Verstappen 5
Had the Virtual Safety Car been brought out by any other car, then Danny Ric might have had a justifiable gripe, but Verstappen had loads of places where he could park his gearbox-less car on his long, slow route back to the pits.

Daniel got a great start and a fairly easy sweep into P2 on the opening lap. With Mercedes being a bit more careful on their engine modes during races (less so in qualifying) the last three races of the season could be very interesting for the honey badger.

Max’s race was compromised by a surprise visit to the pits. Presumably there was a “Scramble Scramble!”  alert when his RBR entered the pitlane. Without that kind of warning there would be the bizarre spectacle of the mechanics sat in the garage watching the race action on TV, arms folded, and then a car pulls into the pitbox…

Williams
Race: Massa
Season:  Bottas 11 – Massa 7
Bottas only just edged Massa out in qualifying but at the start of the race chose the riskiest line into a bottleneck  and paid the price. At the end, Massa was never going to get past Carlos Sainz and showed a lack of invention/motivation/tyres that the guy behind him didn’t lack.

So instead of putting six points between Williams and Force India, he only put two.

McLaren
Race: Alonso
Season: Button 6 – Alonso 11
Two great starts for the Woking boys, aided by some first corner/first lap bumpery. In the race there was the return of the Spanish Assassin we all know and love. Alonso’s overtaking move on Massa was carefully evaluated and planned, given the relative weakness of the McLaren in high speed corners etc – so up the inside into Turn 1 was never going to come off.

It was a move that should have made Ferrari fans wish he was still in one of the red cars, because no matter what the situation, El Nano will always drag the maximum out of what he has. In fact it was the kind of move Max Mosley used to describe as being rare but precious moments in Grand Prix racing, not the work of a handily placed DRS, but a thinking driver making a memorable move.

Force India
Race: Hulkenberg
Season:  Perez 8 – Hulkenberg 10
When Nico Hulkenberg told Force India he was leaving for the Renault team, I wonder if he said, “see ya later….”

This race was over before it got started for Nico when Sebastian Vettel turned in at the first corner as though there were no other car on the road, bounced Nico into Valtteri and one part of the Force India vs Williams battle was over for the day.

Perez had his own opening lap excitement with Daniil Kvyat or as the Mexican put it “That ******* Kvyat”. Sergio didn’t exactly help with a banana-shaped trajectory to the turn-in, that was defending to the point of losing a ton of places on the following straight just to keep one guy behind. As we all learned from Frozen, sometimes you have to let it go.

Toro Rosso
Race: Sainz
Season: Sainz 11 – Kvyat 3
Sainz reminded us why he was more than a match for Max when they were together. With Daniil it’s no contest.

The great Murray Walker once said – “Anything can happen in Formula 1 and it usually does.” Strange goings on at Toro Rosso, they didn’t sack Kvyat. Everyone was expecting the latest ‘fresh face from the conveyor belt of short-lived driving careers’ sorry, ‘Red Bull young driver programme’ to get Daniil’s seat and they go and retain him.

That call from Vladimir must have helped. It’s amazing what havoc a Fancy Bear can wreak if provoked.

On the subject of unlikely events, here’s another. Imagine McLaren sacking Ron Dennis and having the company steered by a dilettante F1 investor with no engineering experience  but a great knowledge of jewellery and a more than passing resemblance to Michael Douglas. How stupid would that be?

Haas
Race: Grosjean
Season: Gutierrez 5 – Grosjean 13
Good to see Haas scoring a point at their home race, even if it was by virtue of Raikkonen, Verstappen, Bottas and Hulkenberg failing to finish. In the run-up to the race both Haas drivers visited the NASCAR Hall of Fame in Charlotte, but it didn’t rub off on their performances. Esteban was back in the garage after 16 laps, but Billy-Bob Grosjean kept it on the island till the flag.

Renault
Race: Palmer
Season:  Palmer 8 – Magnussen 10
If drivers are retained or dropped by the way they talk to their engineers, then Jolyon Palmer should be leaving the Enstone team pretty soon. During the race and during qualifying he let blast at his engineer,  and (though it might have been justified)  it sounded like some arsey toff  having a go at his valet for not getting the correct dinner jacket ready for a formal engagement. “Robinson, I distinctly told you to get the white tuxedo prepared for Lady Farquhar-Parker’s ball.”

It’s high-stakes right now with one Renault seat being taken away by Nico Hulkenberg. Palmer has the slight advantage in that he is closer in dimensions to Nico, but with little to choose between Kevin and Jo it may come down to the size of their budgets. Or the size of an incoming driver’s budget. With Hulk confirmed Renault already have ‘the experienced one’, what they don’t have is ‘the incredibly rich one’.

Manor
Race: Wehrlein
Season:  Wehrlein 3 – Ocon 2
Wehrlein outqualified his team-mate, which should be expected seeing as he’s had 13 more races to get accustomed to it. And the Manor is not exactly dripping with new parts every race, even though it tagged on a few new sponsors for the USGP.

Sauber
Race: Ericsson
Season: Nasr 7 – Ericsson 10
Hardly much to choose between the two of them, although Marcus managed to scrape himself  into Q2 for once.

Jack Nicholls on BBCR5: “Hulkenberg came in with front damage, Bottas with rear wheel damage, you don’t have to be Miss Marple to work out what happened there.”

Steve Jones explain  why his colleague is knock-kneed: “Here’s a man who sleeps in an F1-car-shaped bed, Karun Chandhok.”

Fernando Alonso on team radio: “Felipe closed me on the door!””