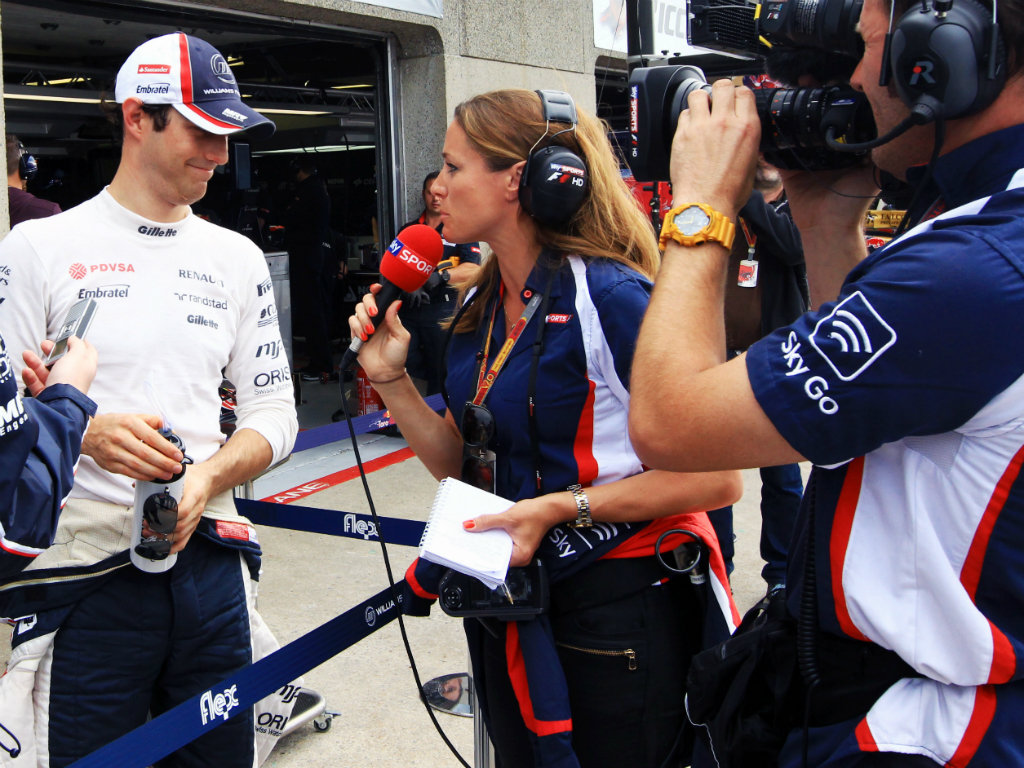 Fernando made it Spain 8 – Brazil 0 after the European Grand Prix. But at least Brazil pulled one back against Venezuela…

Red Bull Racing
Race: Vettel
Season: Sebastian Vettel 5 – Mark Webber 3
No fault of Seb’s that his alternator didn’t like four laps behind the Safety Car, Vettel had produced the most sensational pole lap and was streets (and a couple of docks) ahead of the opposition when it failed. Mark Webber, sidelined through FP3, didn’t stand a chance of qualifying near him and before the race (back in P19) quipped: “Unusual neighbours today, mate.” But as Mark should know, everybody needs good neighbours, just a friendly wave each morning, helps to make a better day. And there was no getting-stuck-behind-Kovalainen at the start. Mark was a lot busier than Seb on his way to 8th, net 4th place.

McLaren
Race: Hamilton
Season: Jenson Button 2 – Lewis Hamilton 6
And Jenson was doing so well, too. His position as fastest in FP3 was perhaps artificial because so many cars tripped over themselves in the final moments, but he was faster that Lewis in some of the qualifying sessions – just not the ones that counted. Lewis didn’t expect to be on the front row but you could say that virtually everyone apart from Vettel expected to be somewhere else on the grid when the dust settled in Valencia.
Certainly Luca Montezemolo expected both his Ferrari boys to be in Q3, but his handshakes all round to the crew in the pits put the kybosh on that. Luca’s appearances are always carefully choreographed and he no doubt saw Alonso and Massa put in their best qualifying of the year in Canada and extrapolated forward. While the cars then extrapolated backwards. He had cut his political losses by Sunday which was the cue for Alonso to put in one of his greatest ever Ferrari drives.
Anyway, Lewis did well both in qualifying and in the race, because it was only his pitcrew who handed a place to Alonso, and then the creature from the black lagoon ended his afternoon. “Narp!” (see Separated at Birth feature on OffonF1.com)

Mercedes
Race: Schumacher
Season: Michael Schumacher 3 – Nico Rosberg 5
Question: when is a podium not really a podium? When it’s a seventh place. Don’t get me wrong, it was great to see Michael Schumacher back on an F1 podium, but since he’s been back in F1 he’s had a lot better drives than this. He said it proved his critics wrong, but he’d already done that by taking pole in Monaco. That pole lap showed without any shred of doubt that given the right car he has still got it.
The podium in Valencia will show up more prominently in the record books, but if Jean-Eric Vergne hadn’t turned into a 10-year-old Zip karter taking his hand off the wheel to pick his nose during an overtaking move, Grosjean and Vettel would have still been in front of him. Very likely Hamilton and Maldonado too, plus some of the other cars he closed up on during the flimsy excuse of dispatching a Safety Car. So the podium isn’t the vindication of his return, that was sealed two races ago. It was a double whammy because he beat Nico as well. Like qualifying, many of the people, including Nico, couldn’t quite believe where they ended up in the race.

Ferrari
Race: Alonso
Season: Fernando Alonso 8 – Felipe Massa 0
Kamui Kobayashi put an end to what could have been a pretty good result for Felipe in Valencia. He was never going to beat an inspired Fernando Alonso who did everything he could to get himself on the podium, then found to his joy that Ferrari alternators are a lot better than the Renault ones. Not only was Fernando fast-yet-tyre-friendy, the impressive thing was that he overtook cars in a variety of places and not necessarily using the DRS. It can’t compare to one immense Turkish GP where driving a Renault he held Michael Schumacher at bay with a slower car at what is an out-and-out overtaking circuit, but it was right up there with the best.

Lotus
Race: Grosjean
Season: Kimi Raikkonen 5 – Romain Grosjean 3
Raikkonen should have been in front at the start, he caught a rocket away from the line and then, when Maldonado moved across, he had to drop back and so both Grosjean and Kobayashi got past. Without that move it might have been Kimi vying for the win after Seb checked out of the lead. Team-mate Grosjean had the better qualifying and ultimately the better start and survived a coming together with Alonso that looked like it might end in tears. It would have been nice to see that one from on overhead shot. No matter his race was destined to end with a walk. But didn’t he park it well.

Force India
Race: Hulkenberg
Season: Paul DiResta 6 – Nico Hulkenberg 2
For once Nico got the better in qualifying and in the race. A strong performance from the Force India boys both of whom were saying silent prayers to their Pirellis as Lap 57 came round.