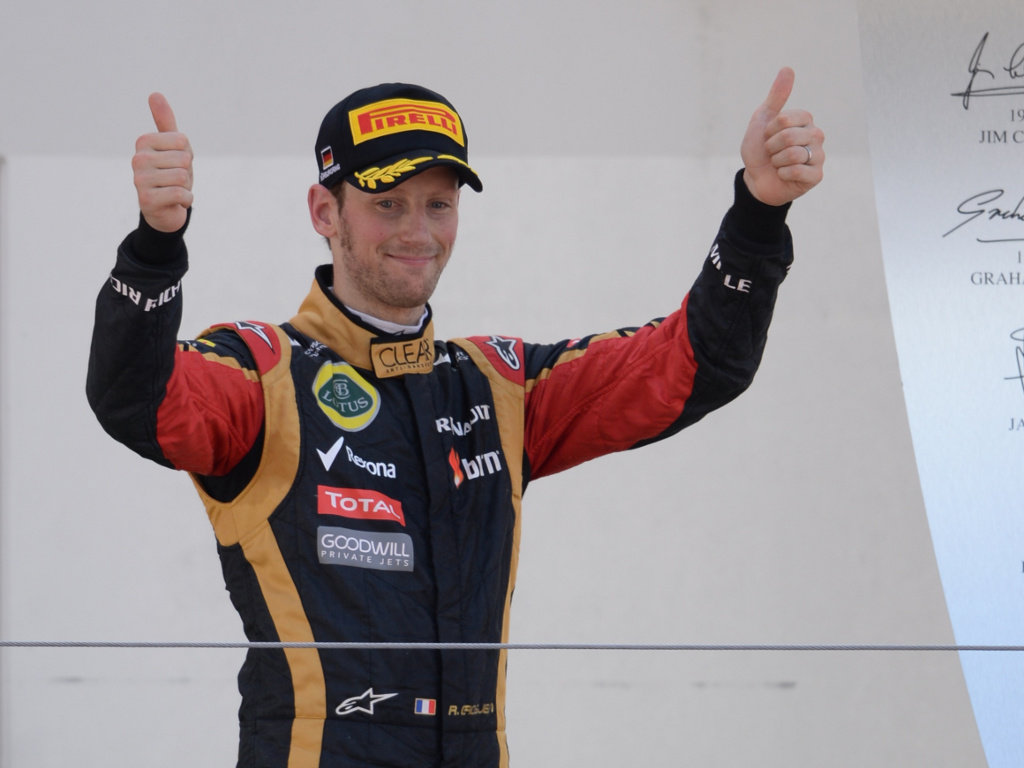 Romain Grosjean reiterated that he is happy to follow team-orders, after the was told to let Kimi Raikkonen through during the German Grand Prix…

Lotus driver Romain Grosjean reiterated that he is happy to follow team-orders, after the Frenchman was told to let Kimi Raikkonen through during the German Grand Prix.

Grosjean was in a position to challenge eventual winner Sebastian Vettel for the lead Nurburgring initially, but after both Lotus drivers had made their third pitstops, Raikkonen was on the softer tyres and was the more likely challenger.

Grosjean on the other hand had fitted the harder, medium compound 10 laps earlier and finished four seconds behind his team-mate, who’s bid for victory came up short by one second.

“The first stint was amazing – seeing P1 on the board is always good,” Grosjean said.

“The car was working much better than what we thought on the option tyres. After the first pit-stop, Seb and myself were quite a long way ahead of everyone else and it was looking like we would try and adapt the strategy depending on how we were going. Then the safety car came.

“It made it easy for strategy, but less good then for the traffic. Clearly, as a team, we had to put different eggs not in the same basket and change to different strategies for Kimi and myself. It appears that Kimi’s one worked better, but it could have been the opposite. It’s good to be back on the podium, and good to score strong points.”

Grosjean played down suggestions that being cast in the number role within the team would ruin his chances of winning a race this season, suggesting that he would get an opportunity to fight for the chequered flag at some point during the season.

“When the opportunity comes, yes,” he continued.

“Today, as I said, we didn’t put our eggs in the same basket and Kimi was quicker, [He] might have gained on Sebastian, but it didn’t work. I think it was the right thing to do.

“It is important for a team to score points and try to get the win. Without the safety car, it would have been a different story, but we all got together and that was it.”