Home Uncategorized ‘Team orders would have been terrible’ 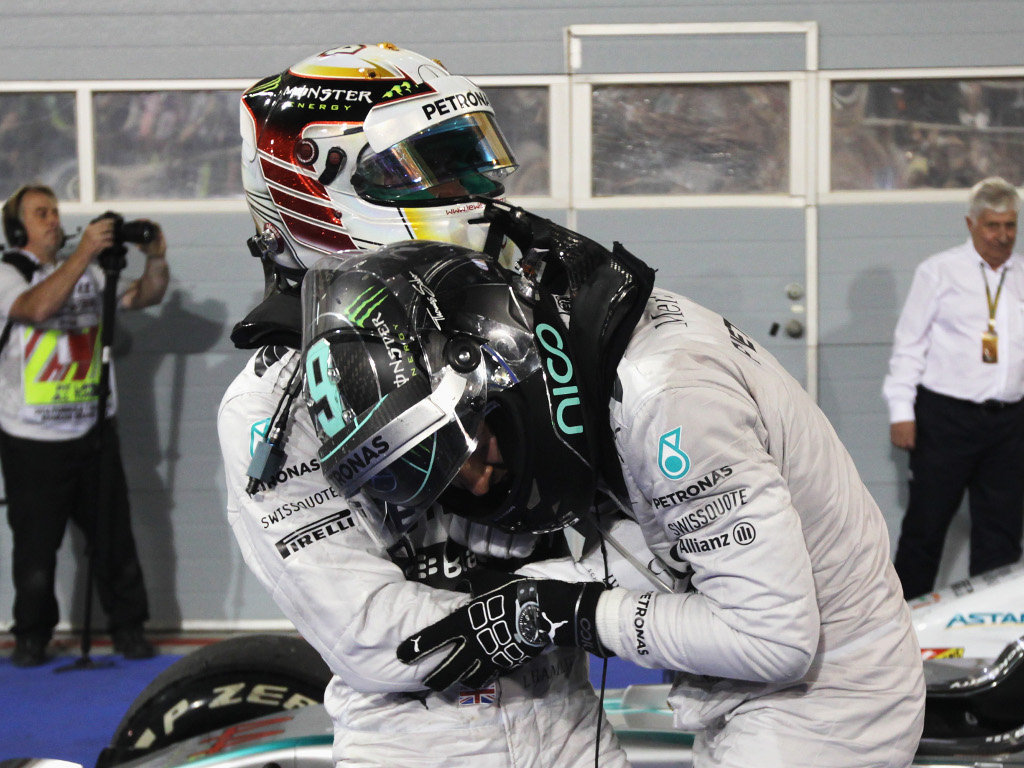 Despite risking their drivers taking each other out, Paddy Lowe says Mercedes made the right call in allowing Lewis Hamilton and Nico Rosberg to race in Bahrain…

Despite risking their drivers taking each other out, Paddy Lowe says Mercedes made the right call in allowing Lewis Hamilton and Nico Rosberg to race in Bahrain.

Whereas many teams in the past have shown a reluctance to let their drivers race, Mercedes did the exact opposite at the Bahrain Grand Prix.

Lewis Hamilton and Nico Rosberg fought it out – at times wheel to wheel – on no fewer than three occasions on Sunday night.

Even in the wake of the Safety Car with just ten laps remaining, Mercedes refused to issue team orders and only urged both drivers to bring the cars home.

Their battle was undoubtedly the highlight of not only the grand prix but the 2014 season to date.

“Imagine if we had imposed team orders from lap two or something – what a terrible thing that would be for F1 and for the philosophy of Mercedes in motorsport,” Lowe told Autosport.

“They are professionals and you want to give them the opportunity to race, which is what they do.”

The Mercedes executive director added that he never had any concerns about the two wrecking each other, confident they would not cross that line.

“To be honest, I didn’t get overly stressed about it because I know they are great professionals,” he said.

“They are experienced drivers, they know what it takes. I gave them a little bit of a reminder during the Safety Car that it is all about bringing the car home.

“But that didn’t mean don’t race – it just meant there is a line not to cross which is if you endanger the car. They did a perfect job of that.”