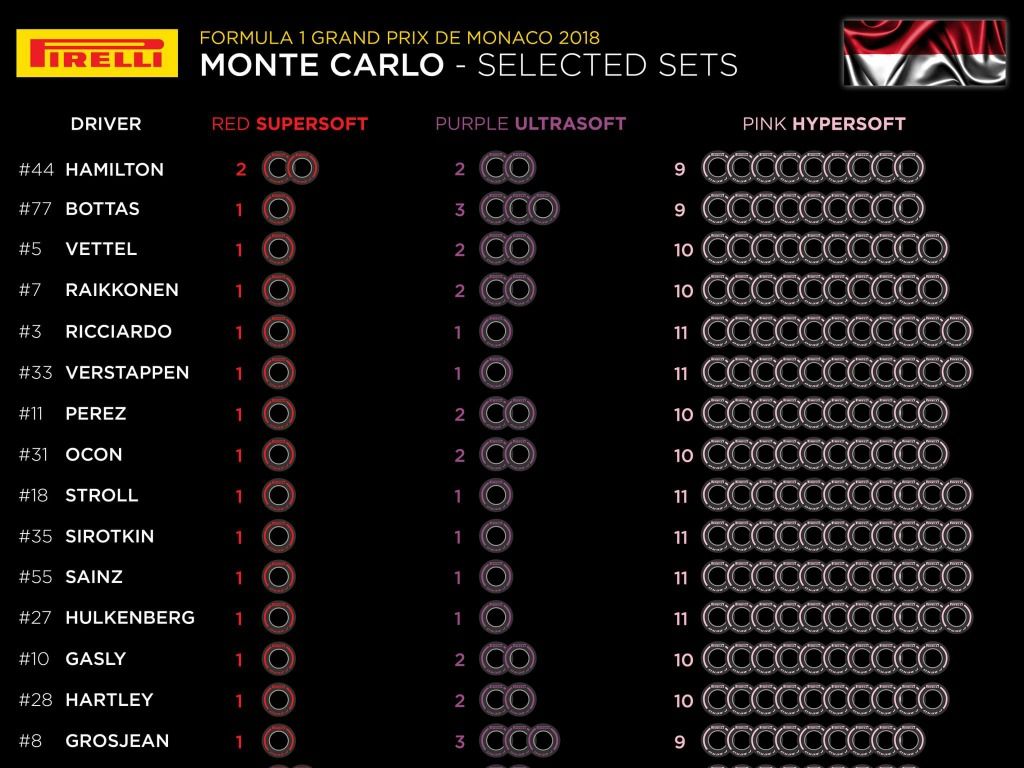 All 10 teams have loaded up on the new hypersoft tyres which will make their official debut at the Monaco Grand Prix.

The pink-striped tyres are quickest compound ever created in Formula 1 and lap records are expected to be well and truly smashed at the iconic circuit.

Of the leading trio of teams, Red Bull have opted for the most aggressive strategy with Daniel Ricciardo and Max Verstappen both having 11 sets of the hypersofts at their disposal.

Joining Red Bull on the most aggressive strategy are Williams and Renault, who have also given 11 sets of the hypersofts to both their respective drivers.