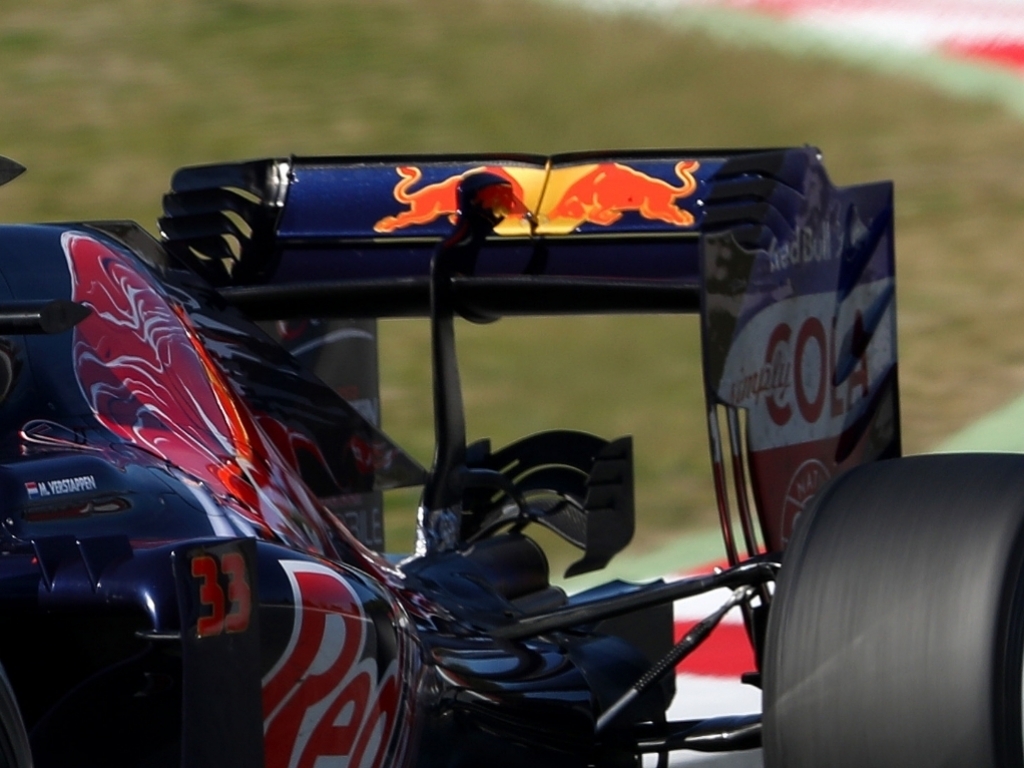 The two pre-season tests may not provide the entire picture of where the teams are heading into the season but, it does provide us with an opportunity to take a deeper look at the cars before they arrive at the first grand prix. As such, I’ve decided to take a look at a few of my favourite parts from the 2016 challengers.

Mercedes made significant changes around the sidepods on the W07, one such change change came in the shape of the bargeboards, which now form six separate vertical sections. These sit astride strakes that extend forward from the front edge of the floor, whilst a further three strakes flank them.

The separation of the bargeboard energizes the surface, improving their efficiency, even at a steeper angle of attack. Meanwhile, the floor extending strakes help to control how the front tyres wake affects the performance of the floor, which is especially important in yaw.

Red Bull’s RB12 features a large winglet mounted on the cars splitter, something we last saw on the BrawnGP BGP-001 in 2009, when they ran an integrated mid wing.  The winglet helps to control the airflow that passes around the front of the sidepods, improving airflow around the whole of the car. The RB11 featured a ‘Gull-wing’ to help control flow, although in that case it was mounted between the turning vanes.

Toro Rosso are a team almost forced to think outside of the box, which helps them to overcome the budgetary constraints suffered when compared to their sister team.  They nearly always have components that break from the traditional methods employed by others and this year is no exception.

Their rear wing features such innovation, with the louvres, used to displace tip vortices, curved from the leading edge of the endplate to change how that vortex is formed.

The Y150 winglet has been treated in a similar manor to the rear wing, with slots added to the leading edge of the endplates, increasing the available span of the winglet.

Manor’s MRT05 may not be the most advanced car in the 2016 field but it does have numerous nice touches. One of which is the way in which the team have approached the increase in height of the drivers shoulder protection. The surface transition at the rear, that teams usually extrude downward, has been forced into a point that will shed a different aerodynamic structure than simply tapering the bodywork.