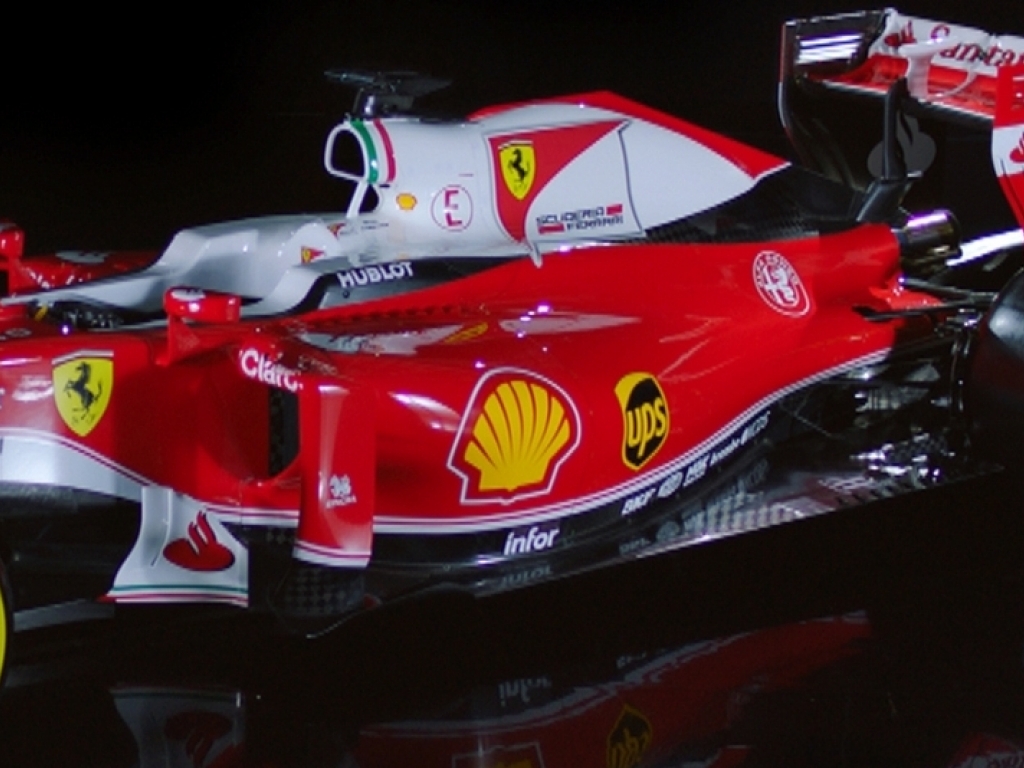 Ferrari were the first team to have a proper unveiling of their 2016 challenger, showing the SF16-H off via an online reveal and immediately underlining just how different the car is to last year.

First off, the front wing, under chassis turning vanes and rear wing are all carried over from 2015, meaning we will likely see revisions during pre-season testing.

The team have employed a ‘thumb’ style nose rather than the elongated appendage that stood them apart from the rest of the field for 2015.  It follows a similar design ethos to the nose designs run by Red Bull and Williams in 2015, with the ‘thumb’ set as far back over the front wings mainplane as possible.  Meanwhile, the connecting pillars are generously shaped and will help to guide the flow down the centreline of the car.

Ferrari have made the switch from pull rod front suspension to push rod having used the design for the last four seasons.  Whilst this won’t have a major effect on suspensions kinematics it does move weight around a little and changes the aerodynamics around the front suspension.

A rather large vanity panel sits on top the chassis and so it is difficult to rule out the possibility of an ‘S’ duct in the near future.

Moving into the middle and perhaps most critical part of the car, the team have abandoned the innovative cooling solution they used in 2015, as part of a wider scale revamp of the powerunit and ancillaries.  The powerunit division is now working much closer to the chassis department and as such have devised several changes that should help the team take a leap forward.  The air-liquid-air cooler that was placed in the Vee of the ICE during 2014/15 has been removed to accommodate the variable inlet trumpets that were allowed from 2015 but Ferrari didn’t implement.  The charge cooler(s) will either be placed in the sidepods in combination with the radiators or sandwiched between the fuel cell and powerunit.  This to a large degree dictates the shape of the sidepods surfaces too and has led to geometric changes to the sidepods inlet, undercut and sculpting toward the coke bottle region.  Meanwhile the louvres that run alongside the cockpit that were only used in extreme temperatures last season have been increased significantly.

The airbox has been revised for the first time since 2012 with outgoing trapazoidal shaping replaced with an inverted U shaping.  Just aft of this the team retained the winglet that sits on top of the engine cover but have notched the engine cover around it to improve performance.  This winglet helps to tidy up the turbulent airflow created by the airbox, improving the performance of the rear wing downstream.

Ferrari have opted for two additional wastegates, flanking the normal exhaust outlet and whilst it is unclear from the images released, they may well have opted to intersect the exhaust with the rear wing mounting pylon, just as McLaren and Haas have.  Not only would this increase structural integrity it’ll also help to straighten the exhaust plume.