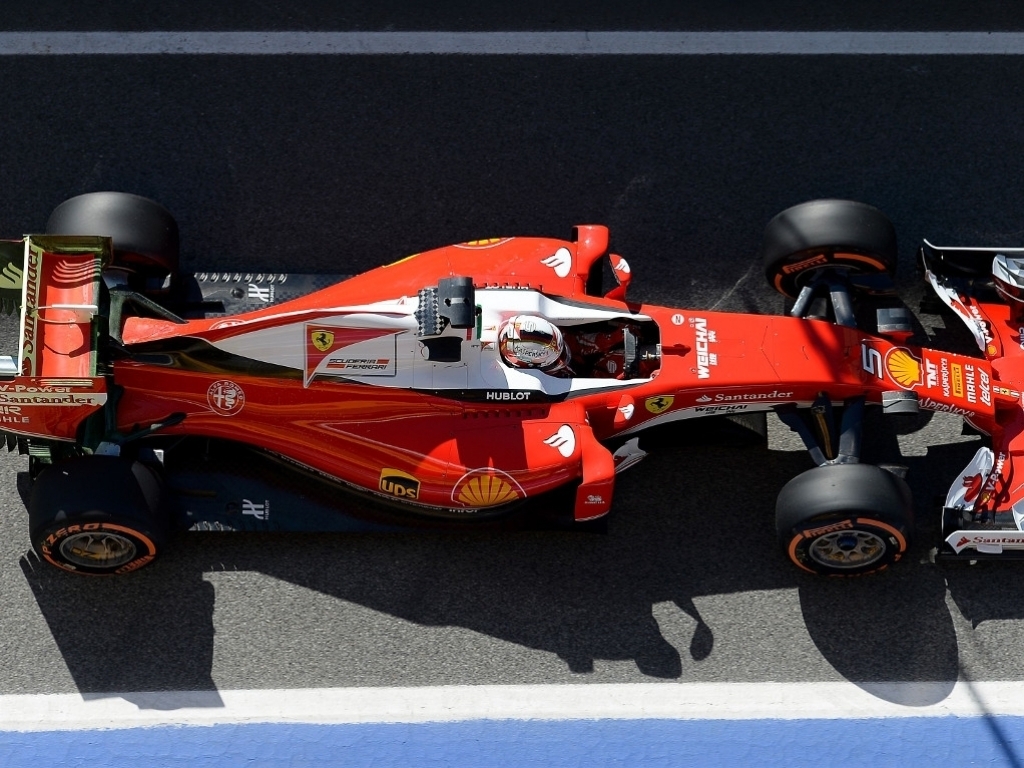 Ferrari’s pursuit of Mercedes was dealt a blow at the Spanish GP as Red Bull emerged as a distinct threat to both title protagonists, especially as the heralded Renault power unit update may be bought forward to Monaco.

However, Ferrari remain resolute in their battle to return to former glory and had a number of updates available during the Spanish GP weekend as they look to usurp their adversaries.

The brake ducts are as much about clean airflow and having an affect on other aero structures as they are about cooling as this update proved.  The Circuit de Catalunya is not classified as a high brake demand circuit, yet the Scuderia increased the size of the brake duct inlet.  This change was made to increase the amount of air flowing through the duct and out of the blown axle, changing the shape of the wake shed by the front tyre and improving airflow downstream.

The opening rounds of the season demand focus on reliability, as flying parts out to those rounds is both costly and difficult logistically.  As such, teams often leave a little more margin in their cooling configurations, which can have an affect on performance but allows a small safety margin.  In Spain the team arrived with new bodywork that changed the geometry of the inlet and undercut, as the team look to improve aero with the cooling parameters more of a known quantity.

A new rear wing was also placed on the SF16-H in Spain, which featured a reprofiled mainplane (highlighted in green) and top flap, with the aim of producing more downforce.  In order to overcome the more aggressive angle of attack the endplates were furnished with an additional gradient slot (circled) allowing airflow to move inboard, helping in transient conditions.

Meanwhile, a two tier Y150 winglet (Monkey Seat) was mounted on the rear wings centre pylon (highlighted in yellow).  This further assists the rear wing to overcome the additional angle of attack, upwashing the exhaust plume and surrounding airflow.