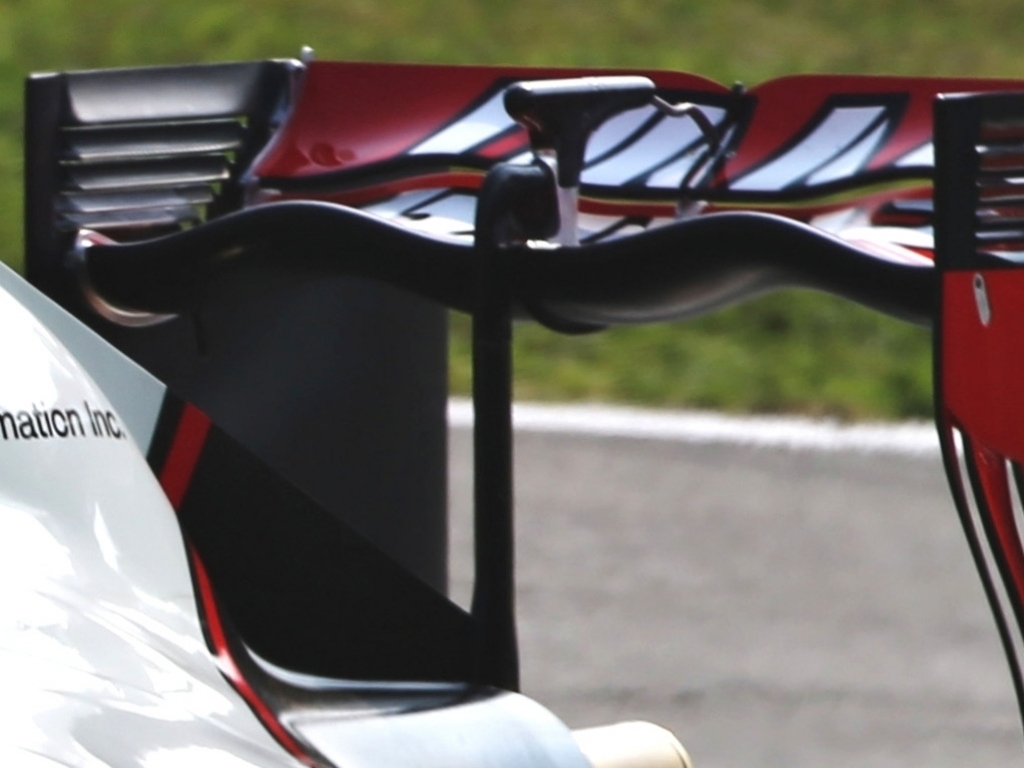 The standout aero update in Italy came courtesy of F1’s newcomers – Haas, with their ‘double-wave’ rear wing. Balancing the development of next years all new challengers and restrictions in the regulations led to a rather luke warm response to the challenge that Monza poses from most the teams.

On top of this, high tyre pressures mandated by Pirelli meant that teams were actually looking for more balance than usual in order that they didn’t destroy their tyres running super skinny rear wings, although Red Bull were clearly the exception to this rule. Furthermore, in this hybrid dominated era – aero setup needs to be relatively stable in order to maximise the energy being harvested and deployed throughout a lap.

It was the wings mainplane and top flap that caught everyone’s attention with its distinctive m shaping clearly aimed at mitigating downforce in favour of drag reduction for the high speed straights. The central portion of the wing is shaped much like the Mercedes ‘spoon’ rear wing which they’ve used in Baku, Spa and Monza, highlighting the effort made to reduce drag on circuits that demand a high top speed.

However, where the two solutions differ, is that Haas are a little more reliant on the downforce that’s needed and so at the outer sections of the flaps a taller chord was deployed. This is predominantly why the endplate design is so similar to their usual configuration, with the gradient slot under the mainplane and endplate louvres retained to displace the more intense tip vortex being generated.

The design also has an impact on DRS usage too, which as we can see when the flap is open, the aperture is distinctly different.