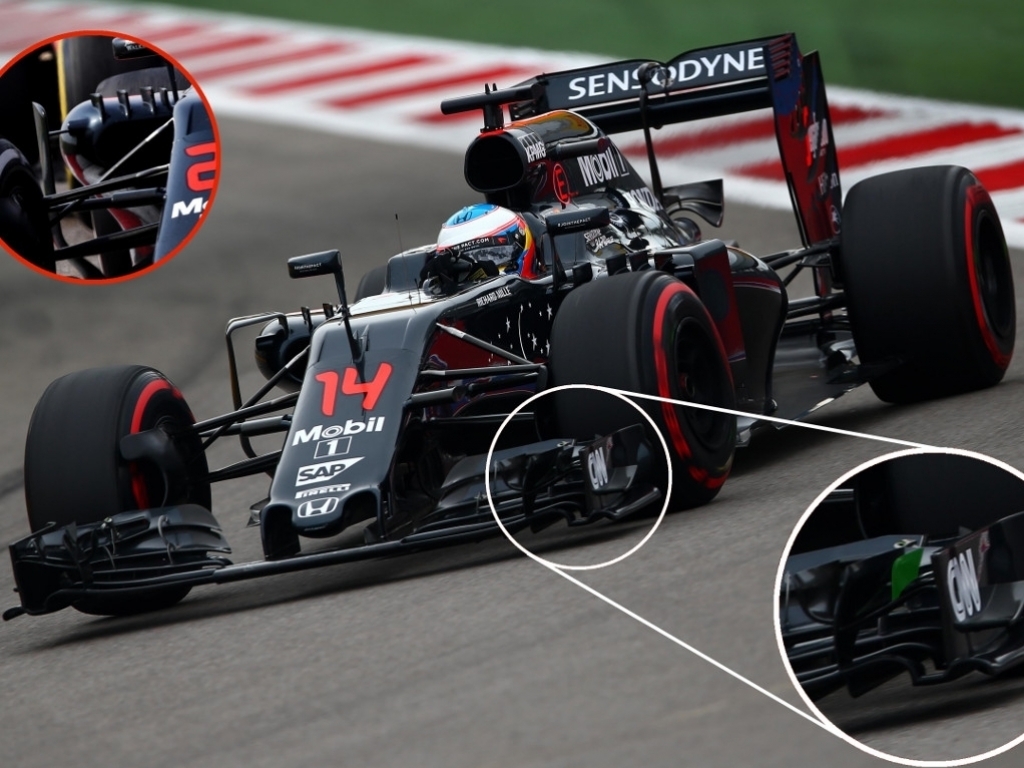 McLaren made several changes to the MP4-31 for Russian Grand Prix, with the front wing and sidepod airflow conditioners the most visceral changes made to improve performance.

An additional guide vane was mounted within the front wings main cascade (see lower inset, highlighted in green), which helps to control the direction of the airflow over and around the face of the front wheel, improving performance downstream as the wake shed by the front tyre also sees its shape changed.

The sidepod airflow conditioners that flank the car were also revised, with the conditioner arched over to meet with the sidepods shoulder as is currently en-vogue.  The vertical geometry of the conditioner remains very similar to its predecessor (see inset), whilst the horizontal transition which meets with the vortex generator atop the sidepod is very square, once again showing a synergy to Peter Prodromou’s previous team, Red Bull.

The addition of the arch will reduce aerodynamic sensitivity to the sidepods shoulder, both framing the airflow as it moves around the corner and protecting that flow from any turbulent airflow that may be shed from the front tyre.