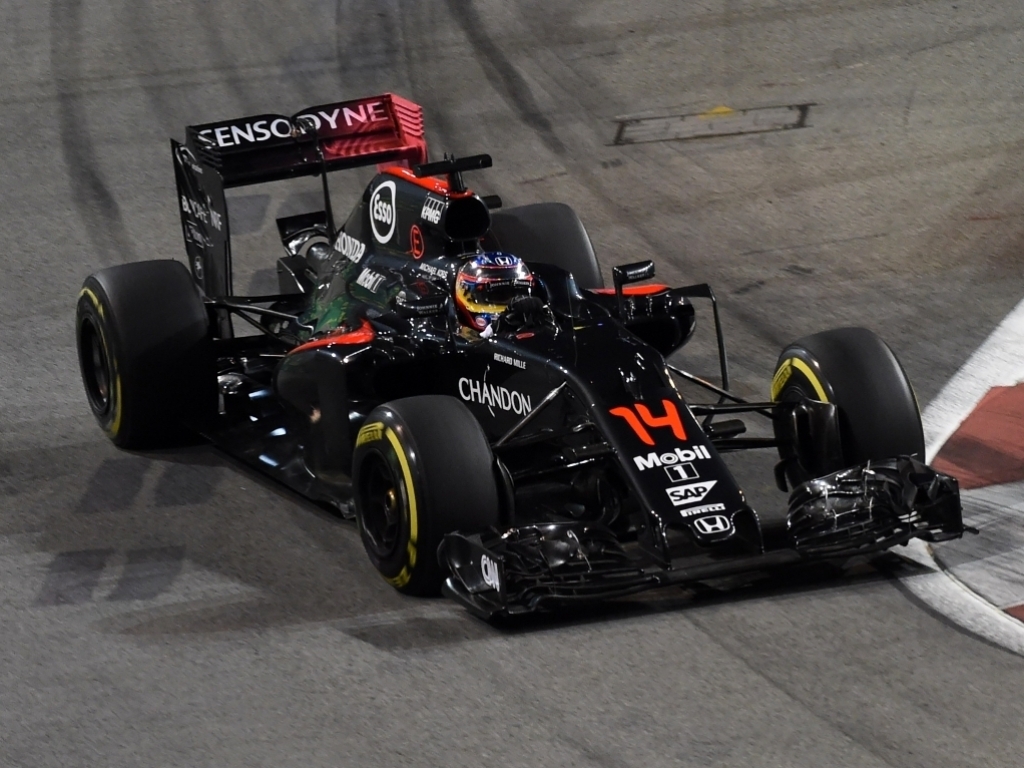 The Marina Bay street circuit is a challenging venue for all of the teams as whilst it may not be so tight as Monaco it makes up for that with high temperatures and humidity.

The event usually attracts a plethora of new solutions from the teams, as they look to pile on the downforce and evaluate parts for the last flyaway stint of the season.  This year was no exception with plenty on show but not many getting the green light.

McLaren had a new rear wing solution available to them in Singapore and was tested by Fernando Alonso during Free Practice.  The rear wing endplates were the focus of development, with a solution first penned by Toro Rosso at the start of the season making its way onto the Mercedes and Sauber in recent GP’s too.  The endplate louvres that ordinarily commence a few centimetres back from the leading edge and allow pressure to be distributed from one side of the endplate to the other, are extended forward to create slots, rather than holes.  This also allows the louvres to be angled more aggressively if the team desires, completely changing the pressure gradient on either side of the endplate, which also changes the shape and vortcity of the vortex shed when these meet at the juncture with the flaps.

In the case of McLaren they attempted to push the concept even further than those before them, taking the slots all the way back to where the endplate joins with the mainplane and top flap in order that they could run a much more aggressive angle of attack.  Their hope was that this would improve downforce and not see a significant increase in drag.

The wing was only briefly tested in FP1 before the team turned their attention to well known and mature solutions, although we may see the wing feature at one of the remaining GP’s as the championship comes to a close.