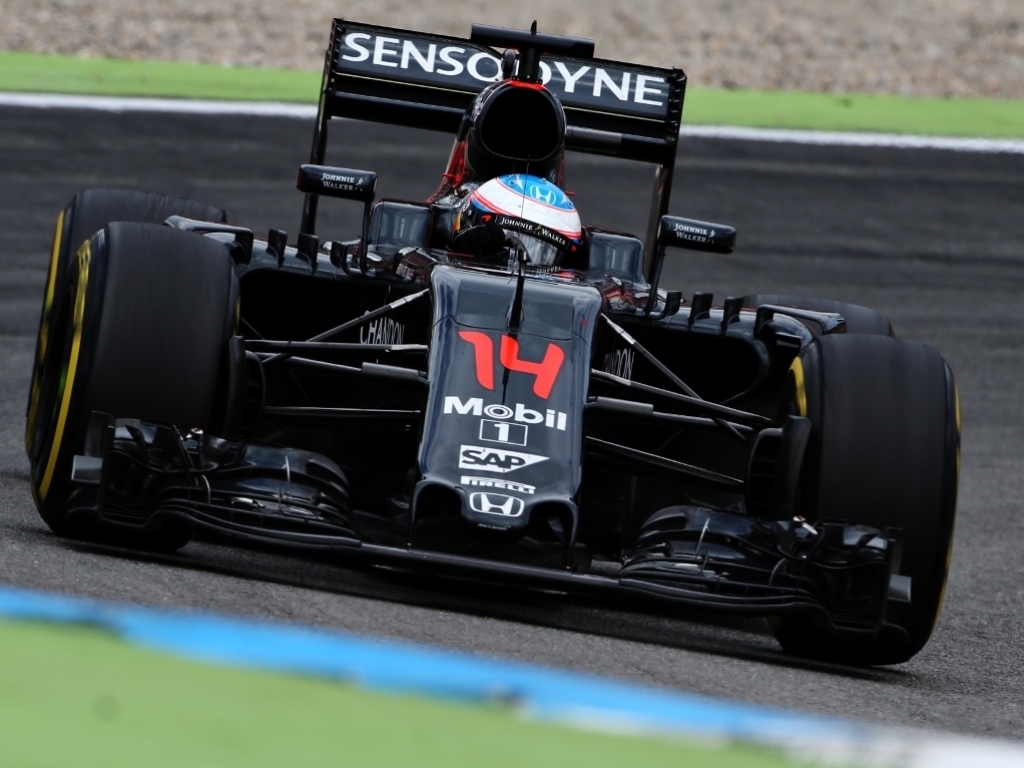 McLaren continue to apply updates to the MP4-31 as they hope to reel in the chasing pack ahead.

In Germany they added an aerodynamic appendage similar to ones we’ve seen Mercedes, Ferrari and Red Bull use in one form or another in the last few seasons.

Mercedes kicked off the trend in 2014 with their ‘Bat-wing’ which was subsequently copied by Ferrari in 2015. Red Bull trod their own path, initially using a ‘Gull-wing’ in a similar position to the bat-wing but for 2016 introduced a much more substantial winglet mounted on the front edge of the splitter instead.  It’s this design that McLaren’s winglet shares the most in common with, likely owing to their similar chassis philosophies.

The winglet has a flat central section with a horizontal slot that allows airflow to move between the surfaces, overcoming any inefficiencies that may be created by the vertical splitter stay that intersects the winglet.  The outer portions of the winglet are turned upward in order to condition the oncoming airflow to improve flow around the front of the sidepod, bargeboards and floor.

The one thing all of these winglets share in common is their ultimate goal – assisting the Y250 vortex by repositioning it with another vortex, just as is the function of the turning vanes that hang under the chassis.