Home Uncategorized Tech Corner: McLaren working on 2017 out in the open 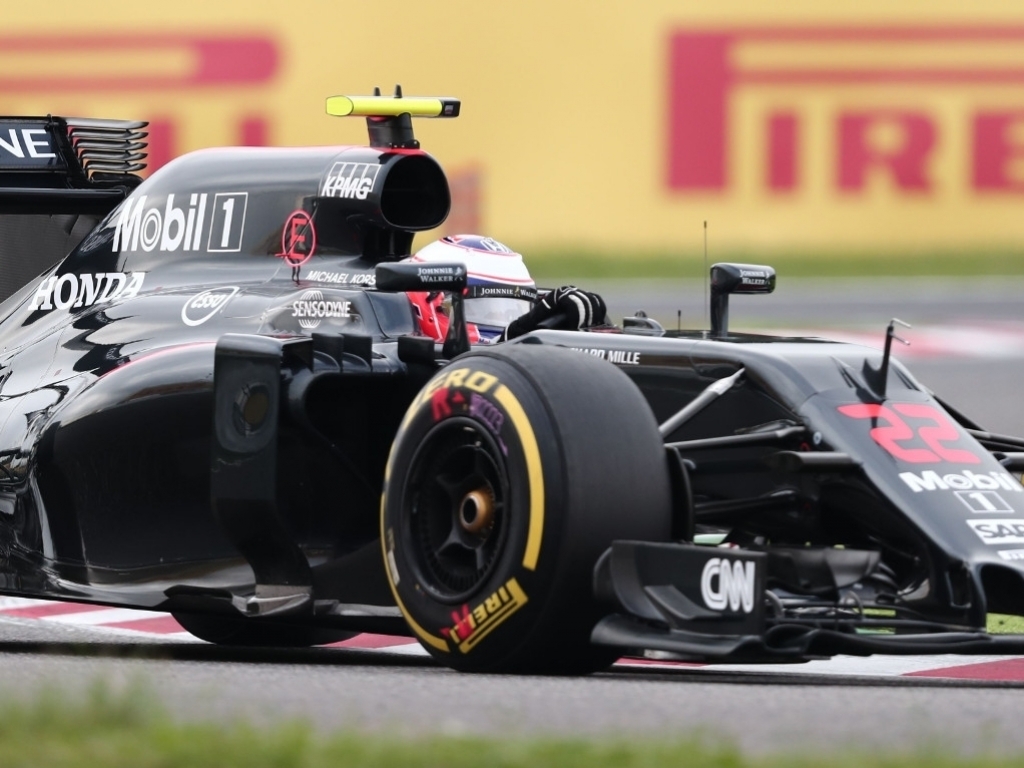 The race to develop next years cars started some time ago, with teams running  their CFD and wind tunnel programs in tandem with this years developments.

However, in the last few races several teams have started using this years car as a real world baseline to better understand concepts they may want to carry over.

McLaren have been particularly proactive in this respect, with numerous tests being conducted during Free Practice 1 in Austin and Mexico.  These tests centre around a developmental front wing design, that the team are using to establish how the airflow may be altered given the dimensional changes of the bodywork and tyres in 2017.

The changes for 2017 mean that the front wing philosophy used since 2009 of outwashing airflow around the front tyre may be slightly amended in 2017 owing primarily to the larger bargeboards.  However, with both the width of the wing and tyre increased there is a net increase in drag that needs to be handled too.

The development wing has a much straighter leading edge and no arch (see inset) with which to usher airflow around the front tyre.  The flap construction also has to differ and so they terminate at the endplate, rather than the inner footplate that is created to facilitate the arch.  The number of strakes mounted under the wing have been increased from 3 to 4 and are much straighter than the current wing.

These changes point toward a team inestigating the real world implications of straightening the flow and how that impacts the wake generated by the front tyre under various loads.  This information can then be used to improve the correlation of their simulation tools at the factory, that will bleed into the development of next years car.

In Mexico the team briefly mounted camera’s on the central section of the front wing that look back at the splitter to see how much it’s deflecting as the cars behavior changes around the course of a lap.  It’s believed one of these was a thermal camera and the other a slo-motion camera maximizing the amount of data available to study back at the factory.

Thermal imaging cameras could also be found mounted in aerodynamically neutral pods on the top of the sidepod airflow conditioners.  These cameras will have a much higher fidelity than the ones we ordinarily see mounted on the cars, allowing the team to build a better understanding of how the tyres operate.

These tests and the information gathered during them will be critical in understanding if the concepts they’re working on perform as anticipated.