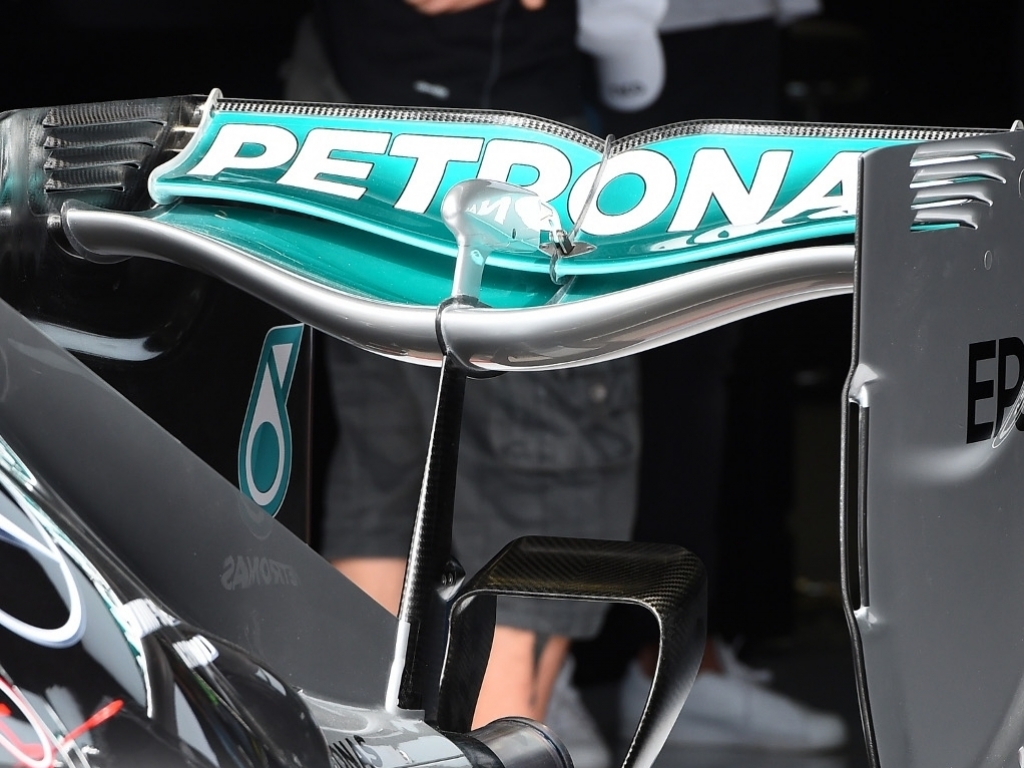 Mercedes may be leading the pack but to stay ahead you must continue to develop, as such they introduced a new rear wing for the Belgian GP. The eye-catching design has been seen before, with McLaren utilising a similar ethos between 2003 and 2008, albeit in a much less aggressive way owing to the width available. We last saw the 'spoon' style rear wing employed by Sauber in 2013 as they too looked to maximise downforce for less drag. However, the regulation changes in 2014 reduced the overall flap box height by 20mm, making it more difficult for the teams to glean an advantage from a 'spoon' style wing.

Spa has perhaps the largest trade-off between downforce and drag, with the likes of Kemmel straight really holding the car back if you're running too much wing, however, take off too much and you'll lose time through sector two. Quite a conundrum then as tyre wear must also be factored in come race day, with that ultimate one lap pace achieved through drag reduction for qualifying hurting the tyres in Sector 2 as the car slides around, especially at the start of the race.

The 'spoon' wing is therefore an attempt by Mercedes to marginalise these issues, with the central portion of the wing being worked the hardest to create the requisite downforce, whilst the outer sections reduction in height changes how tip vortices form (you may have seen such vortices form in damp conditions, they are created as the pressure gradients collide at the wing/endplate juncture, creating a spiralling airflow pattern which can be very energetic but also destructive if not carefully managed), ideally increasing downforce whilst reducing drag.

The shaping of the mainplane and top flap are just part of the rear wings design story though, with the endplates re-designed in order to maximise how the flow structures interact. A change in thickness in the uppermost section maximises the wingspan between the endplates.  Meanwhile, the thicker section below the mainplane affords the designers the ability to add an additional upper tyre wake slot which extrudes inward (marked in green), collating the outboard airflow and using it to re-energise the flow inboard and change the shape of the tip vortex.

The lower section has also seen revision, elongating the endplates surface, enabling the use of one more but shorter slots (green). Whilst the lower tyre wake slot (yellow) is also reduced in height. These changes have a distinct effect on the upwash and connecting airflow structures of the rear wing and diffuser. The latter leading Mercedes to alter the outboard diffuser strake (purple), to fall in line with the rear wing changes.

The team utilised a Y100 winglet (Monkey Seat) for the first time in 2015 (marked in green), assisting the flow under the wings centreline, reducing the chance of separation at low speed, as without it there's a risk the airflow cannot overcome the angle of attack.

Although more viscerally subtle, Mercedes also made a change to the W06's front wing, adjusting the outboard canards position. The canard is placed in a position closer to that used by the team on the W05, with its position and orientation changing the vortex that it sheds. This will also change how the wake shed by the front wheel moves downstream, changing the behaviour of the floor and diffuser a critical consideration given the changes made to the rear wing.