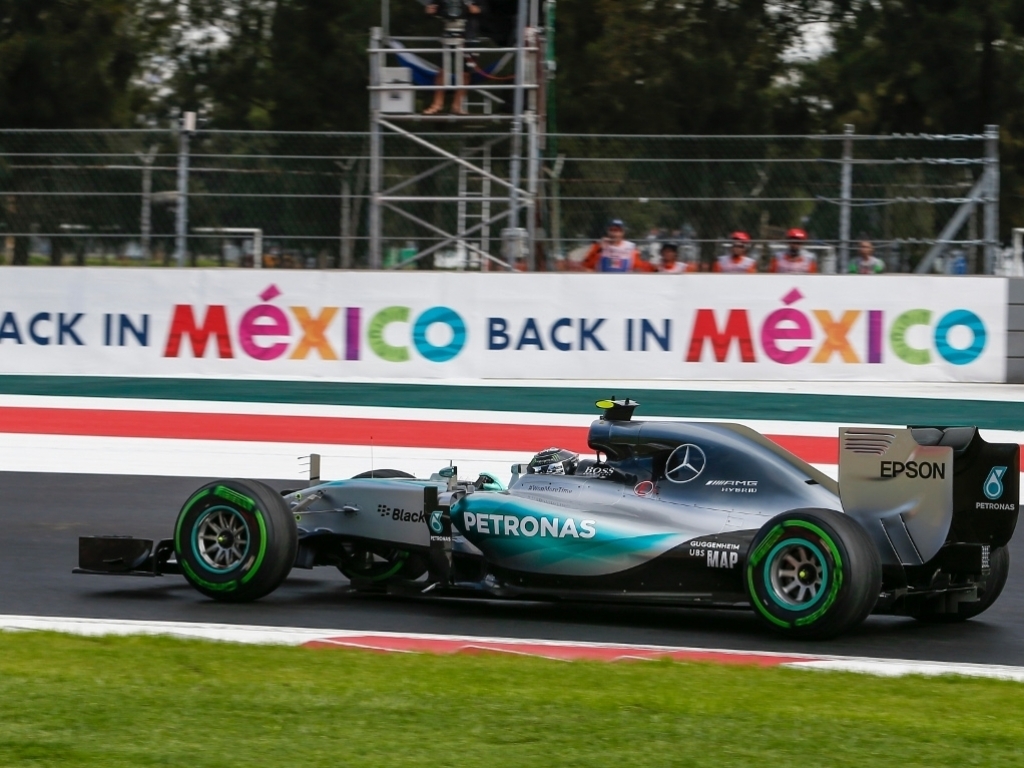 Mexico returned to the Formula 1 calendar for the first time since 1992, but there are some who will despise the changes made to the Autodromo Hermanos Rodriguez, especially the loss of Peraltada. However, by and large the changes are positive with the circuit providing a fantastic challenge to both the engineers and drivers.

At around 2 200 metres above sea level the circuit is also pretty unique in terms of altitude, dwarfing its closest rival Interlagos at 750m. This puts a huge emphasis on the power unit, cooling and aerodynamic setup of the car. The power units are less affected by the altitude than the V8s would have been but the turbo will be worked much harder throughout, as it needs to supply the I.C.E with the requisite boost. This increased demand does mean that cooling apertures were increased to match, both in terms of the power unit and the brakes.

Whilst all of the teams were forced to open up bodywork to cool the power unit, Toro Rosso were clearly struggling with the low air density and temperatures, forcing them to revise their front brake ducts. Like McLaren they ordinarily use a splayed finger style scoopless arrangement (inset) but had to hurriedly rectify the design when more cooling was required. The team likely 3D printed these small sections (green) on site and then cut and shut them into the original components.

Meanwhile, the lower air density means that even with teams recording the highest top speeds of the season (366.4km/h by Pastor Maldonado) it was done with some of the highest downforce packages available. Components you’d normally expect to see at low speed circuits like Monaco, Hungary or Singapore were needed to combat the lower air density through the slow speed corners but didn’t suffer the drag penalty they’d normally accrue.

Mercedes had already took the time to assess their cooling package for the Mexican GP on Rosberg’s car during Free Practice at Austin, adding roll hoop inlets that feed the gearbox oil cooler (highlighted in green), maximizing the airbox inlets availability to feed the compressor.

Whilst others focused on re-purposing parts, Force India had promised earlier in the season they’d deliver an upgraded package for Sergio Perez’s home race and arrived with new front brake ducts and a new rear wing.

Front brake ducts –  note how the lower fin (green) has been changed, rather than the curved fin which was mounted on the vertical brake duct wall the team have added two horizontal mounting fins and enlarged/reshaped the fin (green). The intent of this fin is to control how airflow is shed from the front wing and tyre, which should help to improve the performance of the floor.

Rear wing – the team made changes to the centre of the mainplane, with the leading edges geometry changed (highlighted in green), the upper flap has also been changed, with the central portion now twisted outward, from the centre, rather than being shaped with a central bow, this also led to the central ‘V’ groove being made shallower (highlighted in light blue). Meanwhile at the outer edge the fixed profiles (highlighted in purple) that form part of the endplate and act as an extension of the flaps, have been increased in number, creating slots for the high pressure airflow to move into the low pressure region, changing the way the tip vortex forms. For additional balance the team have also utilised a Y100 winglet (last used in Singapore) which will help with the transition as the car goes from the high speed straight to low speed corners.

Having started the season with a 2014 car, modified to meet the 2015 regulations, Manor were set to introduce their new car after the summer break. For the sake of their financial stability they’ve since decided to postpone the launch of a new car until 2016, when they’ll switch power unit supplier from Ferrari to Mercedes, running a current power unit rather than a year-old specification as they have this season.  To pre-empt the introduction of the new car the team have recently been bringing small updates to the MR03B, as they look to improve the performance of the chassis and learn what they can ahead of the new cars introduction.

In Mexico the team ran with a new set of front brake ducts, featuring a revised vertical fence (highlighted in blue) which no longer imitates a scoop arrangement and sits closer to the tyre, perhaps sacrificing some cooling potential in favour of aerodynamic gains. They also added a fin (highlighted in green), which will further control how airflow shed by the front wing and tyre moves downstream.