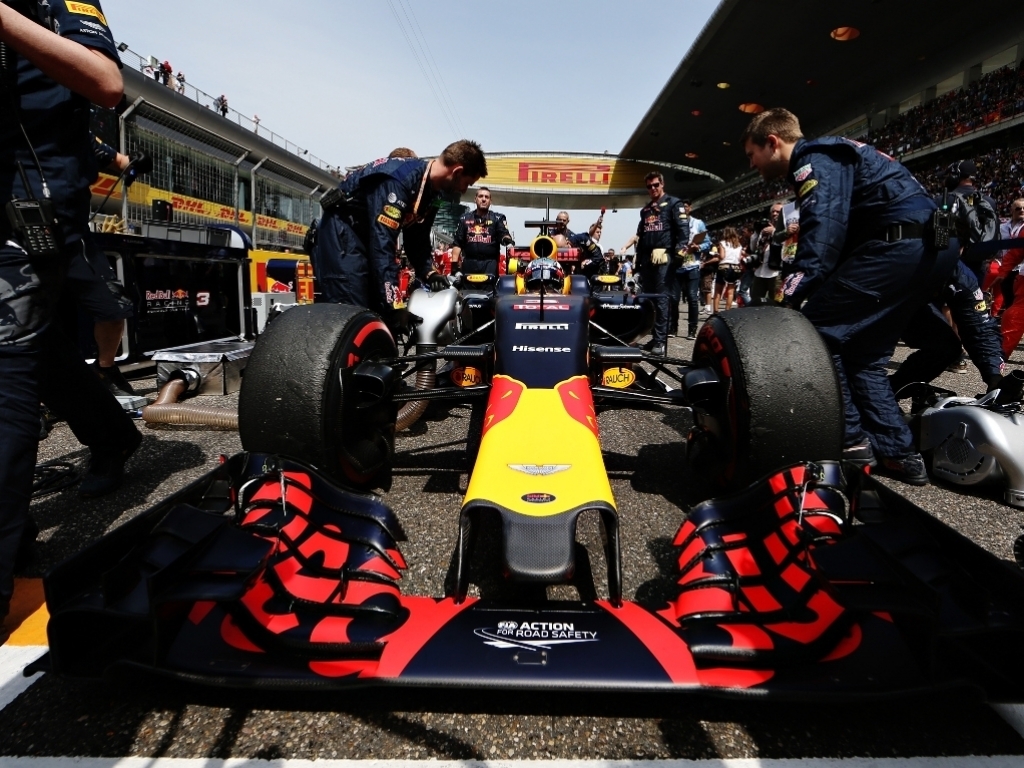 The third consecutive flyaway provided very little in terms of development parts, with most of the teams scheduled to take large scale upgrades to the Spanish GP.

However, Red Bull made use of some of their free practice time to analyze something we’ve seen Mercedes use since last season, a serrated trip strip mounted to their front wing.

The serrated trip strip causes a disturbance in the airflow that moves the separation point and widens the wings operating window.

Red Bull were reluctant to spend too much time with the serrations mounted to the wing, as they were confident their standard setup would provide good results come race day, for which they were vindicated.  Even so, I’d expect them to trial them again in Russia, with the intent of racing them at the Sochi Autodrom.