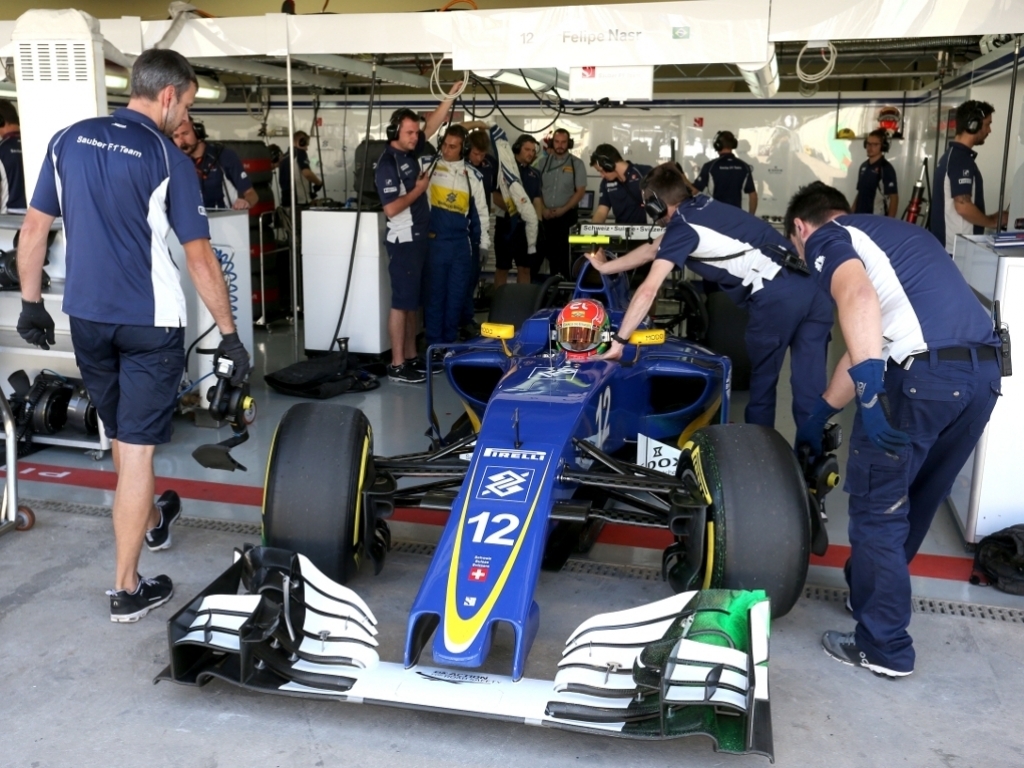 Sauber have been one of Formula One’s perennial midfield teams but, a lack of investment in the last couple of seasons and loss of key personnel had seen them slip back into the back of the pack.

However, the Swiss based outfit are having somewhat of a renaissance in the latter part of the season, chiefly due to the investment from their new owners – Longbow Finance, which has allowed them to improve the previously untouched C35, whilst a recruitment drive has seen them make some marquee signings, including most recently the re-signing of Jorg Zander as Technical Director, which have had an immediate impact on their fortunes.

The team had a new front wing at their disposal in Brazil, which saw the outboard sections of the wing modified, changing the way airflow spills around the front tyre in order to improve not only its performance but that of the airflow downstream.

A small wedge (highlighted in yellow) can be found mounted on the upper corner of the penultimate flap, blocking off the slot that would ordinarily allow airflow through. This wedge is shaped in such a way that it also created a secondary vertical endplate behind the flaps (highlighted in green) in order to shape and direct the airflow as it moves around the front tyre.

Whilst Sauber’s result in Brazil cannot be put down to their pace, such were the climatic conditions, it is indicative of the team working as a cohesive unit to extract the maximum from their package. A well rounded performance from Felipe Nasr and the pitwall has put the team in the box seat to finish tenth in the constructors championship, which will give them another much needed financial boost.