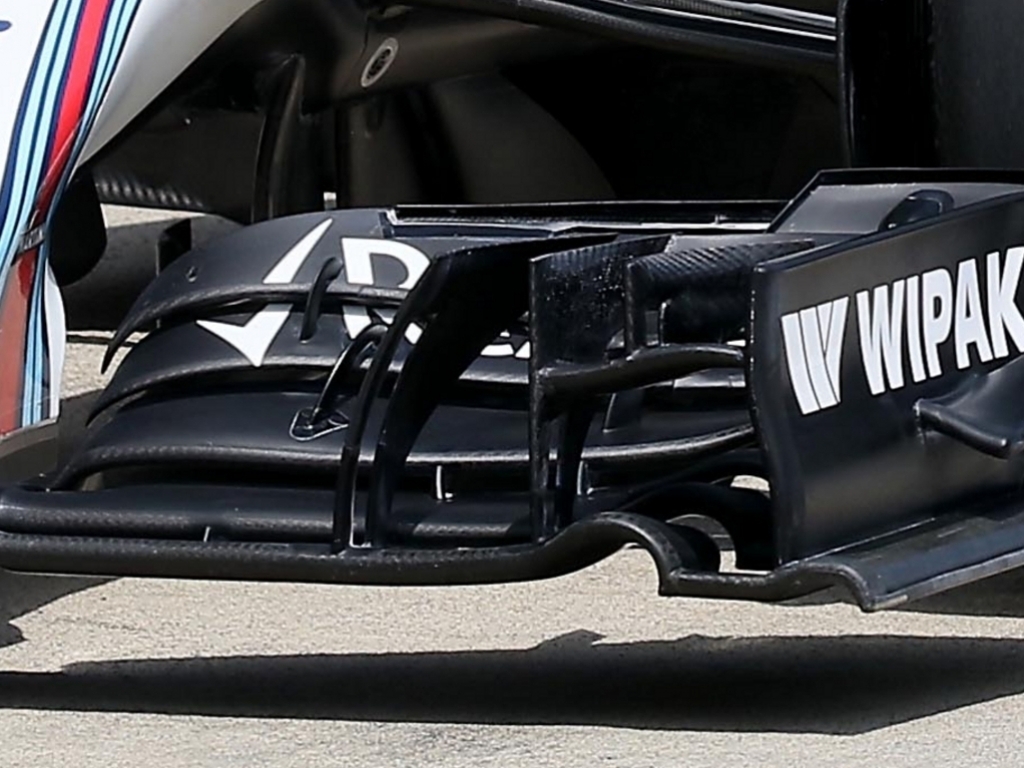 Williams flew in two new specification front wings on Friday evening as they looked to fend off the challenge from Force India, whilst looking for more performance with which to chase the leading pack.

The front wing given to Bottas was very similar in design to the usual specification, albeit with the small vortex generators ordinarily mounted on the mainplane secondary flap removed in lieu of a new paint finish.  This new finish is more abrasive which not only helps to overcome the problem of debris sticking to the surface of the wing, which the vortex generators used to help with but it also creates small disturbances as the airflow moves over the surface, improving the wings efficiency.

Meanwhile, Massa was given the new wing which featured several elements which were changed.  The endplate canard (light blue) was more abruptly curved upward, changing how the pressure on the surfaces builds and how airflow moves around the front tyre.  For similar effect the ‘r’ cascade shape was changed (yellow), arching backward and leaning over toward the main cascade to work in unison with it to move flow outboard.  The main cascade featured its own changes too, with a slot added to the surface of the support (green), whilst a vertical guide vane (red)which is turned outward can also be found placed in its centre.

Massa used the wing for qualifying but damage found before the start of the race meant a pitlane start and a switch to the same specification as Bottas.  Whilst this was thought to be damage caused by the kerbing it’s becoming a rather regular occurrence, with Massa destroying the only new nose and front wing available in Bahrain, whilst the first new rear wing taken to Montreal was also destroyed in a Free Practice shunt.