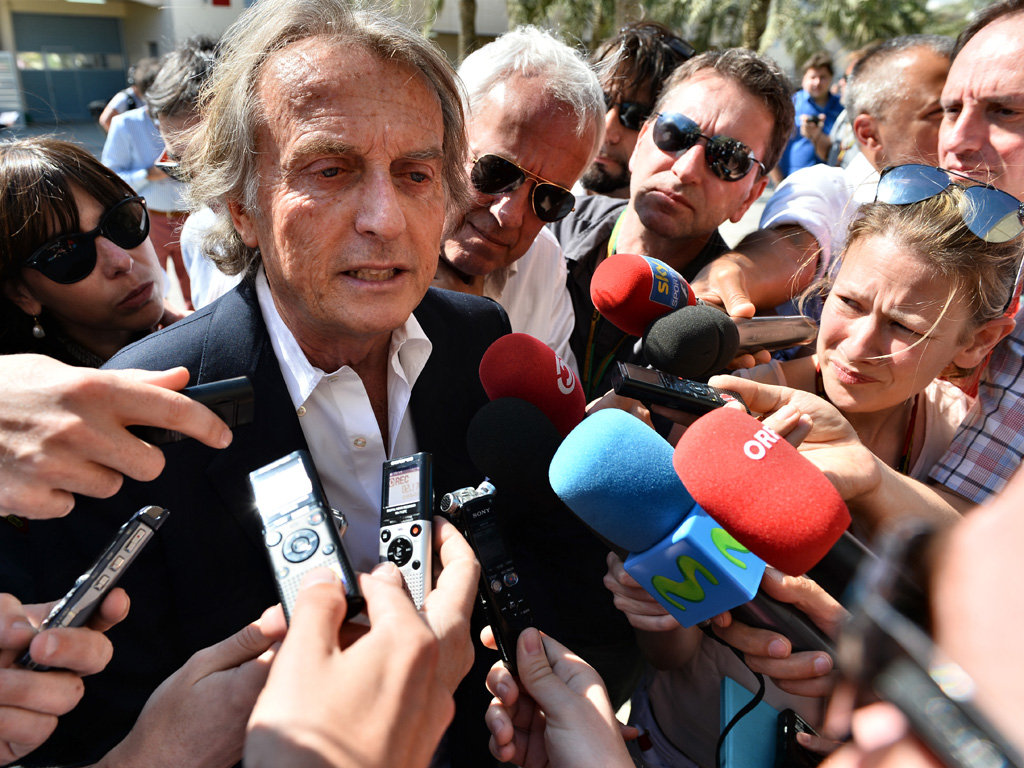 It may be the year of the Silver Arrows, but 2014 will also go down as The Year of Shocks in F1. Some of them were tragic, some of them were unexpected twists, but all stole headlines on the sports pages (and sometimes on the main news pages). We started the year with perhaps the saddest shock of all.

Michael Schumacher’s ski accident
Michael’s battle with a head injury from a Christmas skiing trip began in the last days of 2013, with the world’s press camped outside a hospital in Grenoble well into the New Year. Michael survived and has begun the long, slow struggle back to functionality. What Corinne Schumacher and his long-time press secretary Sabine Kehm also have to fight, apart from health issues, is the ongoing battle to keep his recovery and his recuperation private. If one good thing can come out of the accident it’s that all skiiers need ski helmets, because if someone as seemingly indestructible as Michael can suffer an injury with a helmet, what chances are there without…?
Daniel Ricciardo blasts Vettel out of Red Bull
When Mark Webber retired, the F1 press sighed that the immensely quotable Aussie was gone, to be replaced by a likeable guy, but a product of the Red Bull talent machine. He’d be a bit dull in comparison, surely? Not a bit of it. Daniel Ricciardo’s stellar performance in the Australian Grand Prix in Melbourne was just a foretaste of things to come, a season in which he mullah-ed a four-times World Champion, putting in a variety of the most sublime overtaking moves along the way and gaining the respect of drivers like Fernando Alonso – not an easy thing to do.
Adrian Newey quits frontline role
The greatest designer in F1 history, Adrian Newey, announced that he would be stepping back from his frontline role as technical chief of the Red Bull Racing team. There had been rumours (vigorously denied when they didn’t come off) that Ferrari had tried to lure him to Maranello. Chris Evans’ neighbour wasn’t to be lured, instead he will take more of a mentoring role in the team. He has already designed the RB11 for 2015, but the RB12 in 2016 will be the work of a new team.
Nico Rosberg admits ‘not avoiding’ crash
Tensions in the Mercedes team had been tense after the Monaco Affair, but for the Belgian Grand Prix at Spa they went off the scale. When Nico Rosberg tagged Lewis Hamilton’s rear tyre at the Les Combes corner on the opening lap, he gave Lewis a puncture that would ultimately see him retire from the race. The stewards saw the bungled attempt as a racing accident, but afterwards Rosberg made the’mistake’ of being perfectly honest about the clash. Whereas most drivers try and pin the blame on the other car Rosberg said he deliberately left his car in harm’s way rather than concede the corner – thus denying Mercedes a potential 1-2.
Bernie isn’t convicted of bribery
With one bound he was free. A German court had sentenced German banker Gerhard Gribkowsky to 8 years in prison for accepting a bribe from Bernie Ecclestone over the sale of F1’s commercial rights to CVC. So it seemed pretty much a nailed-on certainty that another German court would find Bernie guilty of paying that bribe – for which someone was already in jail. However Bernie was able to reach in his pocket for $100 million and bring the trial to a halt. Isn’t justice marvellous.
Sebastian Vettel quits Red Bull
Considering Sebastian had some pretty strong things to say about the ethics of the Ferrari team around the time of his 2012 title decider, it was a shock to find out that Seb was heading for Maranello in 2015. He had a Red Bull contract for 2016 after all. Not that he could say that was where he was going. Only Christian Horner could reveal the destination (and enjoyed doing so very much).
Fernando Alonso leaves Ferrari
With Sebastian Vettel’s announcement and with Kimi Raikkonen contracted for 2016 it was soon obvious that the departing driver would be Fernando Alonso, the man who once said he would like to finish his driving career at the Scuderia. It was clear to El Nano that the problems of 2014, and the upheavals in the team, would cascade though to 2015 and he wasn’t waiting around.
Luca Montezemolo leaves the revolving door of Ferrari
The man instrumental in the Ferrari domination of the Schumacher era quit the company after a less-than-satisfactory Italian Grand Prix at Monza. Earlier in the year Luca had replaced his team principal, Stefano Domenicali, with the successful boss of Ferrari North America, Marco Mattiacci. And at the final race of the season it was announced that Mattiacci would also be leaving. Thus in the space of twelve months Ferrari will lose Montezemolo, Alonso, Domenicali, Massa, Smedley and Mattiacci…
Jules Bianchi’s freak accident at Suzuka
F1 got a serious safety wake-up call in Suzuka after Jules Bianchi’s car left the track in a double-waved yellow section and hit the truck recovering Adrian Sutil’s Sauber. At the time, the rain was light enough for some cars to be circulating on Intermediate tyres, so it seemed even more tragic for a serious accident to happen in what must have been manageable conditions. There were uncomfortable post-race questions for the FIA and Race Director Charlie Whiting about the lack of a Safety Car.
Marussia and Caterham go out of business
It was a shock that both Marussia and Caterham should have administrators called in so close to one another. What was an even bigger shock was how little Bernie Ecclestone did to keep them in business till season end. In the past Ecclestone has been the source of favoured loans for struggling teams (such as Jordan) to keep them on the grid and to provide a better ‘show’. But this time he just likened the two teams to women who had overspent on their credit cards and left crowd-funding to supply the necessary to get Caterham to Abu Dhabi. Happy Christmas CVC (the first two letters don’t actually stand for Complete Vultures, but they might as well).
Andrew Davies