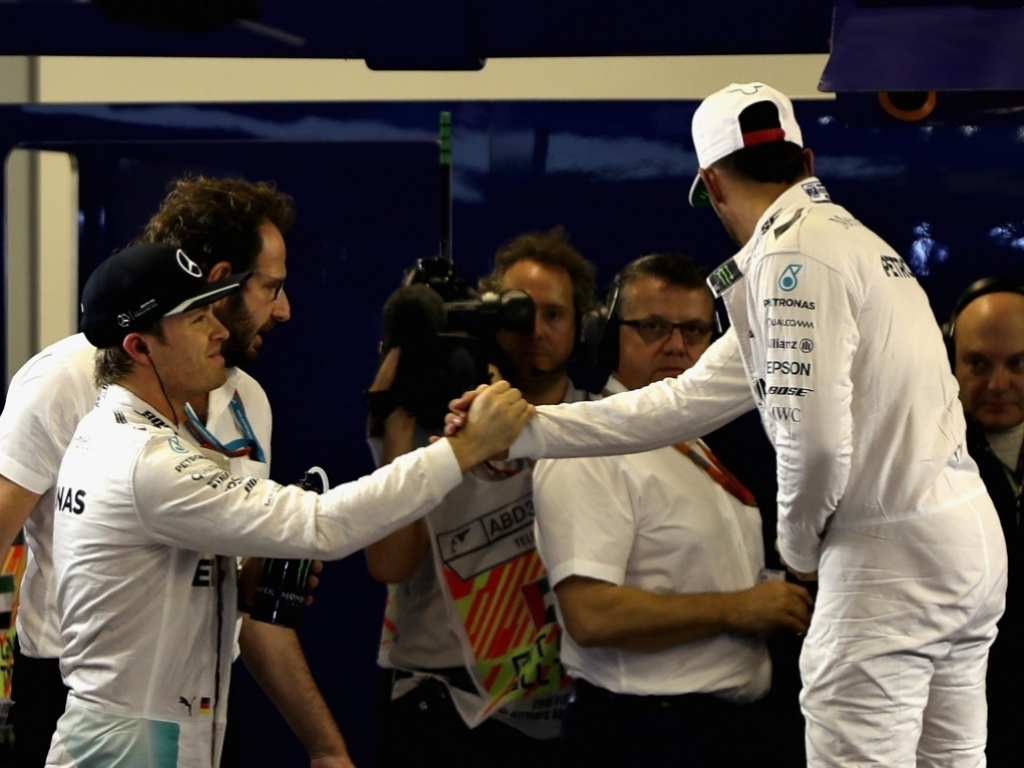 What do Lewis Hamilton and Haas have in common? They were the best in their respective categories for 2016.

The easy answer for Driver of the Year is Nico Rosberg, after all the German won the World title.

However, it is Lewis Hamilton who put in the better displays given that he was given the stage to show off his race-craft as he was forced to fight his way from the back of the grid on two occasions, China and Belgium.

He started P22 in China, received a broken front wing on the opening lap and still finished seventh. In Belgium, he had a 60-place grid penalty and recovered to the podium.

Rosberg’s biggest gain this season was sixth to fourth as he only once started a grand prix off the front row of the grid, Austria.

Added to that Hamilton had one more DNF that his team-mate, and it was one that cost him 25 points with his engine blowing up in Malaysia while he was leading.

Tack those 25 points to his tally and F1 has a different World Champion for 2016.

Red Bull impressed as they took up the mantel of ‘best of the rest’ while Force India were the team that overshot expectations but Mercedes were just sublime.

The only black mark on the team’s 2016 report card is their reliability and the clutch.

Hampered by engine failures, at least on Hamilton’s side of the garage, and dealing with a temperamental clutch that even saw the team alter the way in which the drivers’ gloves were sewn, Mercedes’ 765 could have been so much more.

Abu Dhabi may have given us the tense finale we all craved with the top four separated by less than two seconds, but it was Brazil that had all the action. And no surprise it was a wet race.

The rain always delivers in Formula 1 and it was more of the same at the Interlagos circuit where it bucketed down.

The grand prix began behind the Safety Car, the first of five, which robbed fans of the drama of a standing start but that was the only negative. There were even two red flag breaks to stock up on coffee.

Crashes for Romain Grosjean, on the way to the grid, Kimi Raikkonen, Marcus Ericsson, Jolyon Palmer and Felipe Massa added to the drama while on the sentimental side it was a first Brazilian GP win for Ayrton Senna fan Lewis Hamilton.

Throw in Max Verstappen’s ballsy driving, Felipe Nasr’s first Sauber point for the season and a late pass booting Sergio Perez off the podium and it was the most exciting grand prix of the season.

It wasn’t just wet, it was wet enough to see two red flag stoppages and yet Max Verstappen drove as if it were a sunny day out at the Interlagos circuit.

The Dutchman, a race winner at the Spanish Grand Prix, put in not only his best display of the season but the entire grids as he attacked in Brazil.

A sweeping pass around the outside of championship leader Nico Rosberg in spray that made visibility almost non-existent coupled with the Save of the Year as he touched a slippery white line, lost control of his RB12 and spun but somehow managed to keep the car off the Armco barrier. He continued as if nothing had happened.

His antics, though, were by no means done.

Dropped to 16th by a late pit stop and with just 16 laps remaining, he scythed his way through the field to finish on the podium.

Rookie of the Year almost always goes to a driver, in which case it would be point-scoring Manor driver Pascal Wehrlein. However, Haas scored 29.

Formula 1’s new team did what no other new team has ever managed and that is to really impress.

Three top-ten results in the opening four races, including a season’s best P5 for Romain Grosjean in Bahrain, saw Haas featuring in the top five.

Although they fell to eighth as the season progressed, it cannot be called a slump as their results out-shone every other new team that has ever raced in Formula 1.