Home Uncategorized The Era of No-Swerve 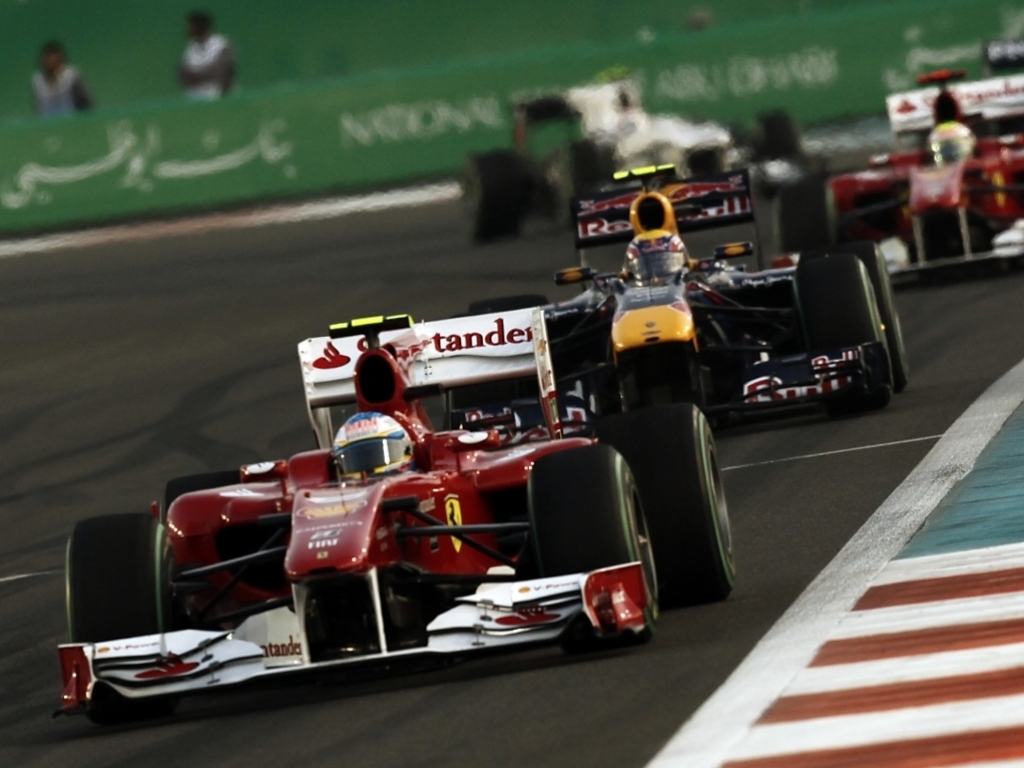 One of the reasons for the introduction of the DRS was so that we wouldn’t have processional races, highlighted by the 2010 title decider in Abu Dhabi when Fernando Alonso covered Mark Webber’s early pit-stop then trailed round for most of the race behind Vitaly Petrov’s Lotus which was faster on the straights.

Like many former Autosport magazine readers I grew up reading the views of Nigel Roebuck their F1 editor (now Editor in Chief of Motor Sport magazine) and he was always banging on about braking distances. It was bad enough that the emphasis on aerodynamics didn’t allow cars to follow closely, but couple that with highly efficient carbon brakes that dramatically shortened the braking distance and you had a recipe for race processions.

Nigel’s idea was that there should be a return to steel brakes, or some kind of retardation system that allowed a greater window in which a pass could be made. This view was expressed a long time before the advent of the DRS, but it had the merit of putting things squarely in the driver’s hands, rather than those who calculate the distance of the DRS activation zones.

Yes, it was a bit Luddite with its move to less sophisticated technology, but its heart was in the right place. The braking zone is where most overtaking moves are made and if it’s tiny then the opportunities to pass are limited, lengthen that and you have the chance for more overtakes. Similarly if the braking distance is already small, the last thing you want is someone moving about to make it even smaller.

Modern F1 cars are incredible on the brakes. When the two-seater F1 car was pioneered some years ago, the consistent reaction of passengers was less about the acceleration or cornering speed and more about the cars’ incredible stopping power.

So, when the FIA made it quite clear that they were going to make the already-short braking zones sacrosanct, that had to be a good, because now it meant that the minute an F1 driver touched the brake pedal, his course was locked. Half the reason they had come to this decision was after complaints from drivers like Sebastian Vettel lobbying hard for darty whipper-snappers like Max Verstappen* defending too aggressively.

At the Mexican GP the delicious irony was that the very first person to blatantly move under braking and cause a collision was Sebastian Vettel who cut across and banged into Daniel Ricciardo and forfeited his podium position as a result. Now we have a precedent set, in future races it should be increasingly obvious  when this is happening.

Technology has delivered us phenomenal brakes, we can’t go back to steel; technology has given us the Virtual Safety Car, technology should easily show stewards who has changed lines under braking so decisions can be made during races. They did a pretty job given the circumstances in Mexico.

The don’t-move-under-braking rule is not an artifice either. Whereas the DRS is a modern solution concocted to solve the dilemma of F1’s aero-dependancy and their inability to pass, the no-swerve rule is back to true, purist racing.

You won’t find historic F1 racing cars moving under braking. Or in Stirling or Jackie’s era. The consequences of an accident or locking wheels even at relatively low speeds could be tragic in the past. Everyone was aware that an unnecessary collision could have a consequence for both drivers.

They also knew how to stick to track limits. But that’s another story.

After Mexico we will embrace the new no-swerve era, and at Interlagos the big brake into Turn 1 will be a key test. Let’s see how it goes.

*And there is an interesting sub-plot here, because many think that the FIA were ready to introduce these no-swerve zones retrospectively from the Japanese GP in response to Max’s last-minute dart at the Suzuka chicane. The no-moves-in-the-braking-zone is an idea whose time has come and that should Lewis have wanted to pursue it after the race, he could well have nabbed that 2nd place off Maxy boy. So, there will be a tremendous irony if he loses the championship to Rosberg by