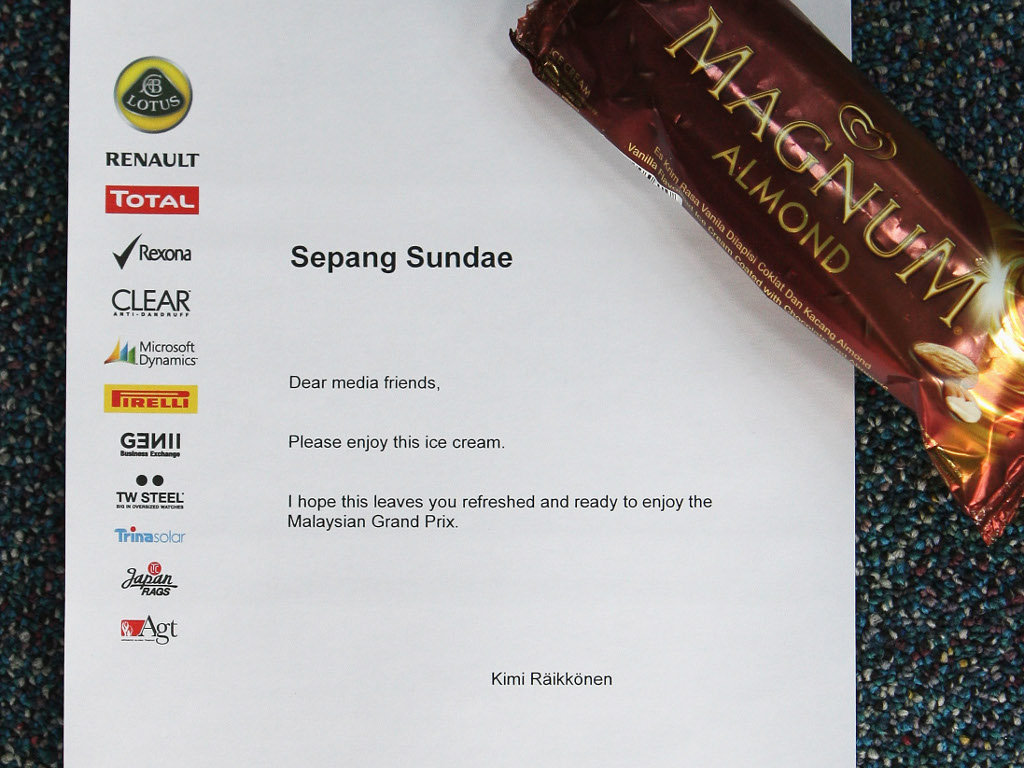 Kimi Raikkonen showed that beneath that icy facade is a sense of humour to rival most as he gifted the media ice-creams at Sepang.

The late time he raced at the Sepang circuit, Raikkonen was slated by many while earning a chuckle from others as, with the race suspended due to the heavy downpour, he headed into his Ferrari garage for a Coke and a chocolate ice-cream.

That proved to be the Finn’s final season with Ferrari as his commitment to the team and the sport was called into question.

Three years later – and back in F1 – there were again ice-creams to be had in Malaysia although this time they were for the press.

With more rain and another suspended race on the horizon, the Lotus team handed out ice-creams to the media on behalf of their Finnish driver ahead of Sunday’s grand prix.

The treat came with a note saying “please enjoy this ice-cream” and was insurmountable proof that Raikkonen does have a sense of humour.