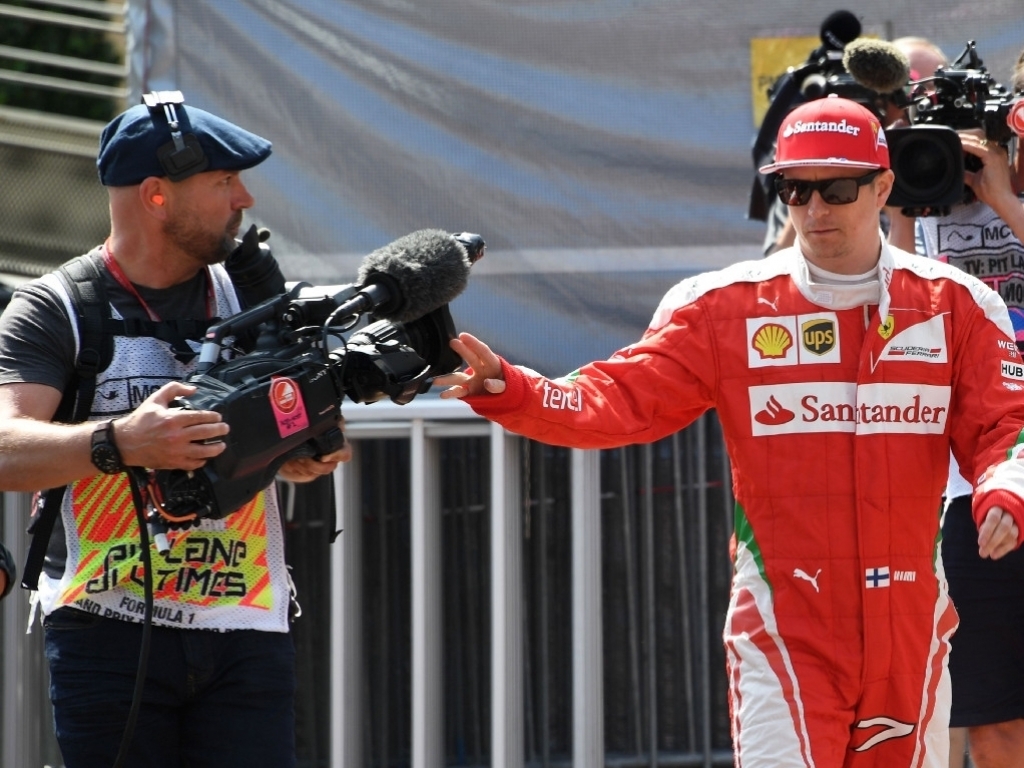 You could say that Kimi Raikkonen is F1’s answer to Donald Trump. The hairstyles might not be similar, but they have a few things in common. Both men favour trophy wives, both men are seen as anti-establishment figures – saying and doing what they like, both men are hostile to the media, and both men were written off early in their campaigns for nomination – Trump for the Republican party’s presidential bid, Raikkonen for the second Ferrari seat in 2017.

Yet both men have triumphed. At the last race Raikkonen was confirmed as Sebastian Vettel’s partner (not just in badminton) for the 2017 season. As Kimi noted, “I am very happy about it. It gives me pleasure to see disappointed people.”

Like Trump’s political career, many had assumed that Raikkonen’s continuing lack of success over a Ferrari team-mate since 2008 would finally have ended in his exit from Maranello. Just as many had predicted the man with hair-out-of-nowhere and trenchant political views would be ejected from the bruising presidential race.

And whereas Trump wants to ban (as one fervent Trump supporter yelled in my ear in a bar in Georgia two weeks ago), “those goddam mooslems”, so Kimi would be happy to see the back of another M-word. The Media.

Journalists, such as the well-respected former Autosport F1 editor and now BBC F1 Writer Andrew Benson has been trying to collect memorable Raikkonen quotes his entire career, but finds the mumbling one’s unwillingness to engage frustrating.

“The contrast with Alonso – a driver who has been around just as long and has every reason to be bored of news conferences, struggling as he is with a down-on-power mid-grid car – is striking. The Spaniard is never not interesting, treats every question with respect, and provides a good, quotable answer.”

Despite Kimi’s refusal to play the media game for so long he has an army of adoring fans, which is always helpful when you have a facility like Abu Dhabi’s Ferrari World to fill with paying punters (Just ask the McLaren commercial team, lumbered with overstocks of official Kevin and Sergio merchandise).

Raikkonen is a far better name to have on a cap. In last year’s GPDA (Grand Prix Drivers Association) poll of 215,000 fans, Kimi was voted as the favourite driver followed by Fernando Alonso in second place. Fans have bought into his non-conformity. One of Kimi’s biggest fanbases is Japan, which is strange when you consider the Japanese national obsession with conformity.

The reputation has come from his willingness to occasionally tell the team where to stick their kindly advice, as represented by his team-radio meme, “Yes, yes, yes, I’m doing all of that.” And “Leave me alone I know what I’m doing,” from his rare Lotus victory in 2013.

But as we noted at the time, this is less ‘The Iceman’ and more like ‘The Grumpy Old Man’. Kimi’s nickname of ‘The Iceman’ is one of the most misplaced in sport and has all the logic of giving out names such as ‘Tall Sergio’ or ‘Ugly Carlos’. True, he comes from a country with large areas covered in ice. But that would also make Daniil Kvyat, Marcus Ericsson and Valtteri Bottas ‘Icemen’.

Raikkonen’s performances of late have been picking up after his abject hammering in 2014 by team-mate Fernando Alonso who outqualified him 16-3 and was usually half a second quicker than the Finn. Now that Raikkonen has a car more to his liking the gap in qualifying pace to Sebastian Vettel has come down. But it’s still there.

The Vettel/Raikkonen relationship is very much like the Hamilton/Kovalainen McLaren partnership. You always expected Lewis to be the the top qualifier and GP winner, but if something happened to him, then Heikki would step up (as he did in the 2008 Hungarian GP). Vettel is Ferrari’s main shot, but if he’s not having a great weekend then Raikkonen is more than capable of taking charge.

Having endured hostility with one Red Bull team-mate and been whacked by the young upstart Daniel Ricciardo, it is no surprise that Vettel was lobbying on Kimi’s side to keep a team-mate he knows he can beat. The wily Sebastian presented the argument as: “We know our primary target is to catch up so we need to be aligned and pushing forward in the same direction. With Kimi, there is no politics. We put our own egos aside, which is good for the team.”

And good for him. Should Maurizio have got the signature of another young charger whose pace showed up the four-times world champion, then there might be uncomfortable talk that all that past success was thanks to the chassis of Adrian Newey not Seb.

Kimi has had a career of not being worried about outperforming his team-mates. Unlike Seb, he doesn’t have an ego to ‘put aside’, and he’s always been like that. Which is one area where any Trump/Raikkonen similarity goes steaming off the rails at great speed. Donald most certainly does have an ego.

Whether he likes to dress up in gorilla suits… that’s an entirely different story.