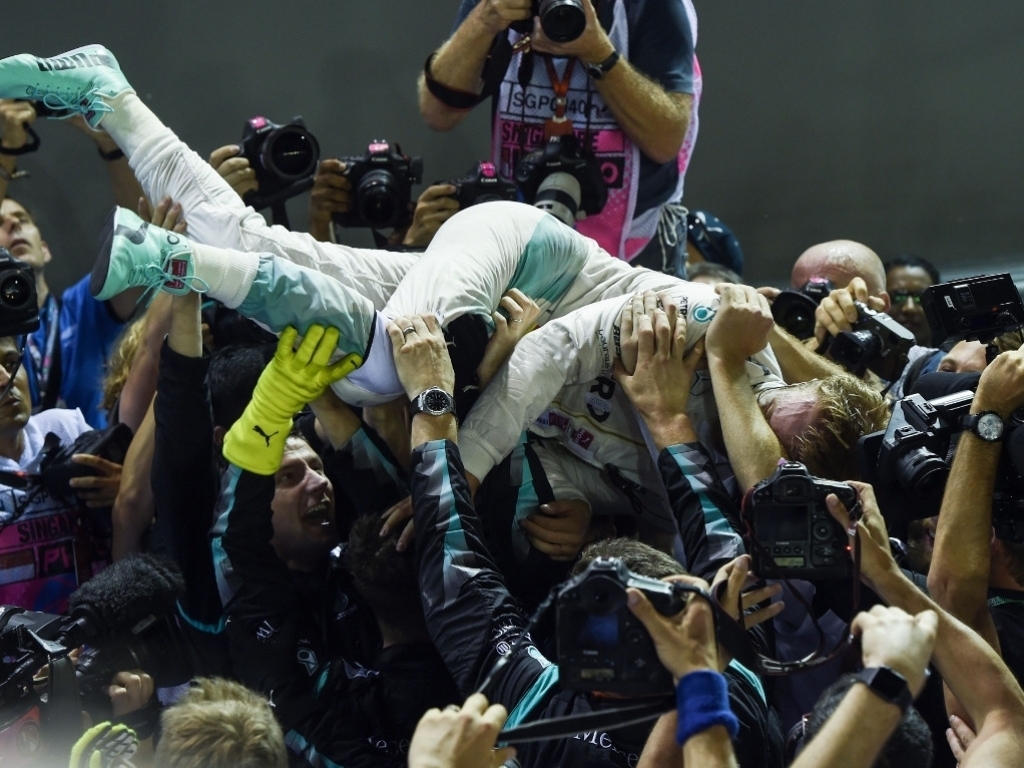 The 2016 title race between the Mercedes team-mates, Nico Rosberg and Lewis Hamilton, has ebbed and flowed throughout this season with momentum back in Rosberg’s favour after a commanding win in Singapore.

While Hamilton grappled with his W07 under the lights at the Marina Bay circuit, Rosberg put in a near perfect weekend.

He claimed pole position on Saturday night with a 1:42.584, half a second faster than second placed Daniel Ricciardo. But, more importantly, seven-tenths up on Hamilton.

A night later he took the chequered flag by eight seconds ahead of Hamilton, who was P3 behind Ricciardo, with Toto Wolff revealing that both drivers suffered “right from the get go with brakes overheating.” Rosberg, though, was running in cool air which was a bit of a help.

His victory, his third in the three races since Formula 1 returned from the summer break, saw Rosberg regain the lead in the Drivers’ Championship by eight points, and hand him his best chance yet at winning a World title.

But perhaps more important than those eight points, is that Rosberg is on top in the mental tug-of-war.

Even Wolff acknowledged that the 31-year-old’s showing around the street circuit played on Hamilton’s mind, and his confidence.

“Confidence is key around Singapore, and then if your team-mate gets out of the blocks in the way Nico did, it’s difficult,” he stated.

While most are looking in from the outside, deducing based on actions, words and facial expression as to what is really going on in the Mercedes garage, no one has a better view than Wolff, who hailed Rosberg’s Singapore performance as his “best” ever.

He explained: “That is the best Nico Rosberg I have ever seen throughout the weekend.

“We have the tendency of saying Lewis has awesome pace.

“This is what we have seen with Nico this weekend – he was just blindingly fast, was [nearly] six tenths quicker than P2 in qualifying in Singapore, something we are not used to seeing at all here.

“In the same way, he drove the race, he had a great start, controlled the race.”

Points, momentum and belief are all in Rosberg’s favour – at least until the pendulum swings again.