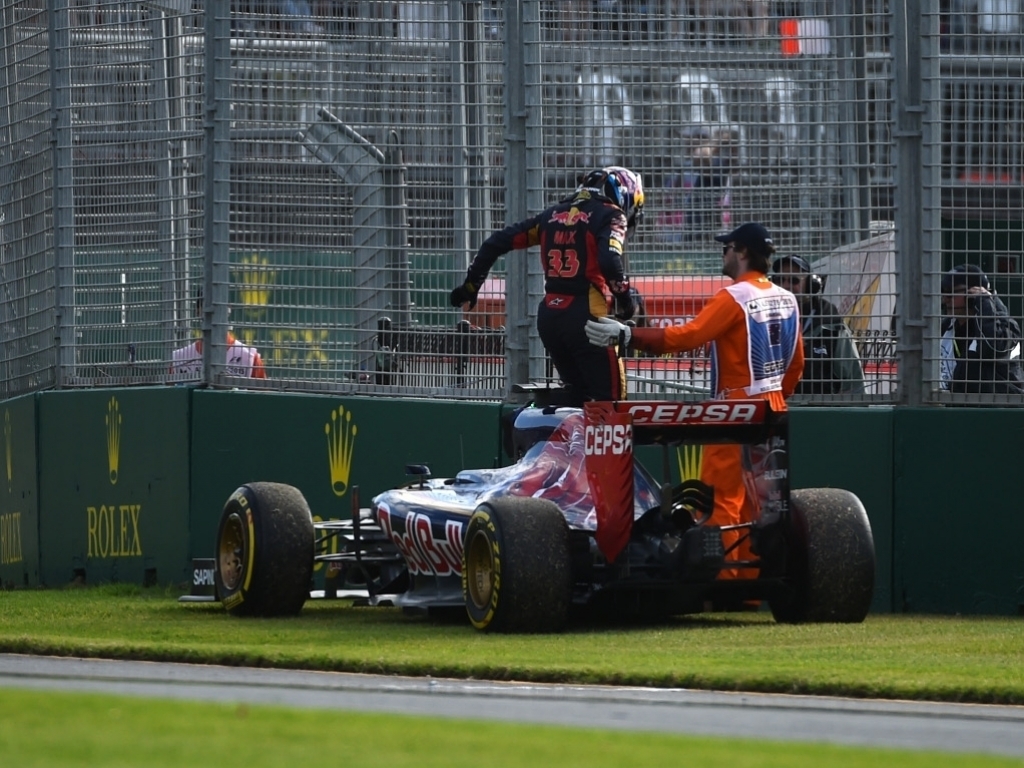 Max Verstappen broke all sorts of records at this weekend's Australian GP as he became the youngest driver to compete in a full F1 race weekend.

Besides setting the new record for youngest-ever driver (have we mentioned that yet?) in a grand prix at 17 years and 166 days, the Dutch youngster also broke a few other records that you may or may not be aware of.

He fell short of become the youngest points scorer as he retired, but he still has a couple of years to achieve that and he can give himself a pat on the back for breaking some extraordinary records at Albert Park.

* The youngest Formula 1 driver to be asked for an autograph in the build-up to the race, but many of the Australian kids later threw it away as they initially thought he was part of 1D.

* The youngest driver to be seen drinking a Red Bull at the side of the track.

* He was the youngest driver to be overtaken by "uncle" Kimi Raikkonen, who is more than double his age 35. The Finn was seen throwing an ice cream out of his Ferrari as he tried to soothe the toddler.

* The youngest driver to make a nappy stop, sorry we mean a pit stop, after doing more than 31 laps on his medium tyres from the start.

* The youngest F1 driver to inhale smoke after his engine blew up. That should be a crime as he's not even allowed to smoke in his home country of Netherlands as the legal age is 18.

* He became the youngest-ever driver to park a Formula 1 car on the side of a track as he retired (also becoming the youngest retiree and joining the likes of Michael Schumacher, Ayrton Senna and Jim Clark to retire on debut).

* Following his retirement, he became the youngest to walk back to the paddock. We were surprised Toro Rosso didn't send someone over to hold his hand to cross some dangerous areas.

This is of course just tongue in cheek, but interestingly both Max and his father Jos Verstappen retired in their debut F1 races. Max on lap 32 in Australia and Jos on lap 34 at the 1994 Brazilian GP, which took place on 27 March.

Give us your records here or tweet it to @Planet_F1 with #RecordsMaxbroke.