Home Uncategorized The Rise Of A Sleeping Giant?… 2 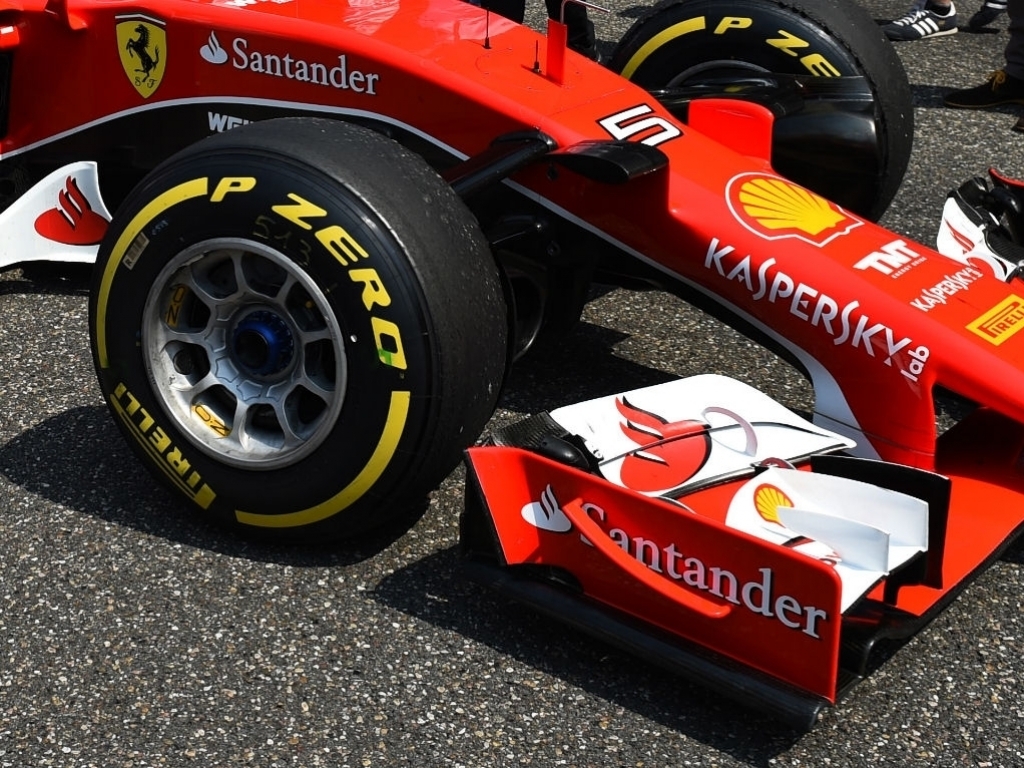 In the first part of this mini series I looked at how Ferrari had been affected by regulation changes and their failure to adapt, in this second part I'll start to unravel the changes made by Ferrari that has provided their performance leap.

Improvement in F1 is a prerequisite of developing race winning machinery but some performance advantages are "baked in", things that are almost impossible for other teams to incorporate during a season as they are part of a car's DNA. Having dabbled with the concept in the past and then consigned it to the scrap heap when it didn't do as advertised, Ferrari have opted to use the blown axle concept in 2015. This is a decision that was taken early in the design process by Ferrari as not only is it difficult to retrospectively apply, to fully exploit its potential it also requires many other airflow structures to work in unison with it, paramount to this is the Front Wing.

The reduction in wing span from 1800mm to 1650mm in 2014 was met differently by each team, as they looked to recover their losses, using the cascades and endplates to turn the airflow over and around the front tyre. You might say "75mm that's not a big deal?" In airflow terms it most certainly is, as the front tyres' wake can be detrimental to the aerodynamic performance of all the components downstream, which is clearly an issue when we are talking of downforce generating devices such as (and not limited to) the diffuser. Drag is also a substantial issue caused by the exposed wheels of an F1 car and so being able to control their influence will create an uptake in performance. The use of the blown axle to control how airflow moves around the front wheel means that the front wing components can be more focused on downforce generation and conditioning flow over the entire tyre span, reducing drag. Ferrari introduced their 2015 specification front wing in the last pre-season test without issue, unlike previous seasons and are now pursuing the same concept going forward.

The ongoing use and performance being generated from the front wing and blown axle can be seen as a signal that Ferrari have resolved some of the inherent problems that they have suffered from in the past. In the next article in this mini series I'll investigate changes made by Ferrari to their suspension for 2015.