Home Uncategorized The Rise Of The Sleeping Giant?…3 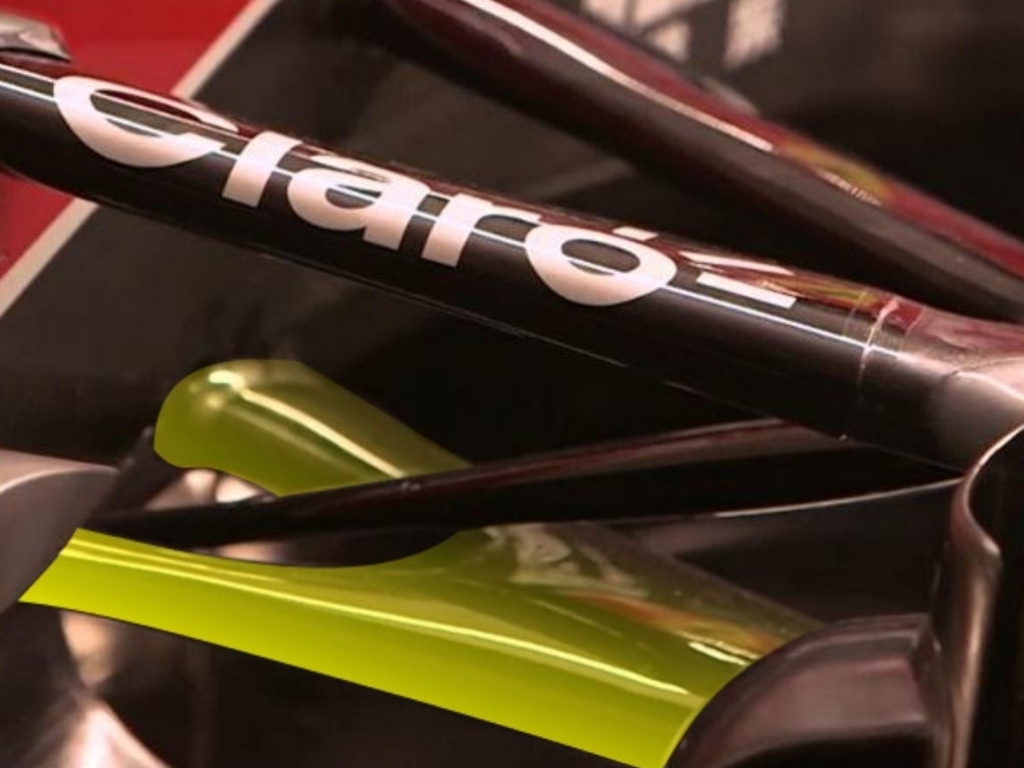 Ferrari's use of pull rod suspension at the front of their most recent challengers has been one of the areas that caused people to point fingers, suggesting that it was to blame for their poor performance. Suffice to say those doubters have been silenced this season, as although the SF15-T still features pull rod all round, both ends of the cars suspension have seen revision.

At the front of the car, the team adopted the more aerodynamically efficient conjoined lower wishbone that Mercedes pioneered in 2014 (marked in yellow). They've also increased the installation stiffness, as the suspensions more flimsy predecessor not only compromised feel for the drivers but robbed the car of aerodynamic consistency. At the rear of the car the team have revised the geometry, which has not only improved the SF15-T's handling characteristics but also tractability, especially important considering the increased torque generated by the new powerunits.

Changes to the suspension can therefore be earmarked as one of the pivotal improvements by the Scuderia, improving stability, aero and driver confidence. The other upshot is how the team can now use the tyres much more effectively, keeping them within their ideal working range which in turn allows them to run much longer stints, whilst providing the same level of performance. Ferrari may lack the absolute raw pace that Mercedes possess but the longevity and performance they can extract from the tyres places them in a position to fight with them on strategy throughout a race.

Temperature is key to this as outside of the tyres operating window it doesn't yield the grip that's desired and reduces the tyres lifespan in doing so, meaning we often see or hear of drivers driving to a delta, rather than the pure pace of the car.  The working range of the tyres is as follows:

Up to and including Barcelona, Pirelli's tyre choice has resulted in the Medium compound being a mainstay, with Ferrari adjusting their setup to extract the most from that tyre. Therefore, it'll be interesting to see from Monaco onwards how they fare, with Pirelli announcing they'll use the two softest tyres available to them for Monaco, Canada and Austria (soft and super soft). I suspect, much like the Lotus of two seasons ago, that also went well on the harder compounds, Ferrari will struggle with the softer compounds too.

In the final part of this mini-series of articles I'll be looking at the changes made to the powerunit and cooling package on the SF15-T.

Thanks to Pirelli for supplying the temperature range information.