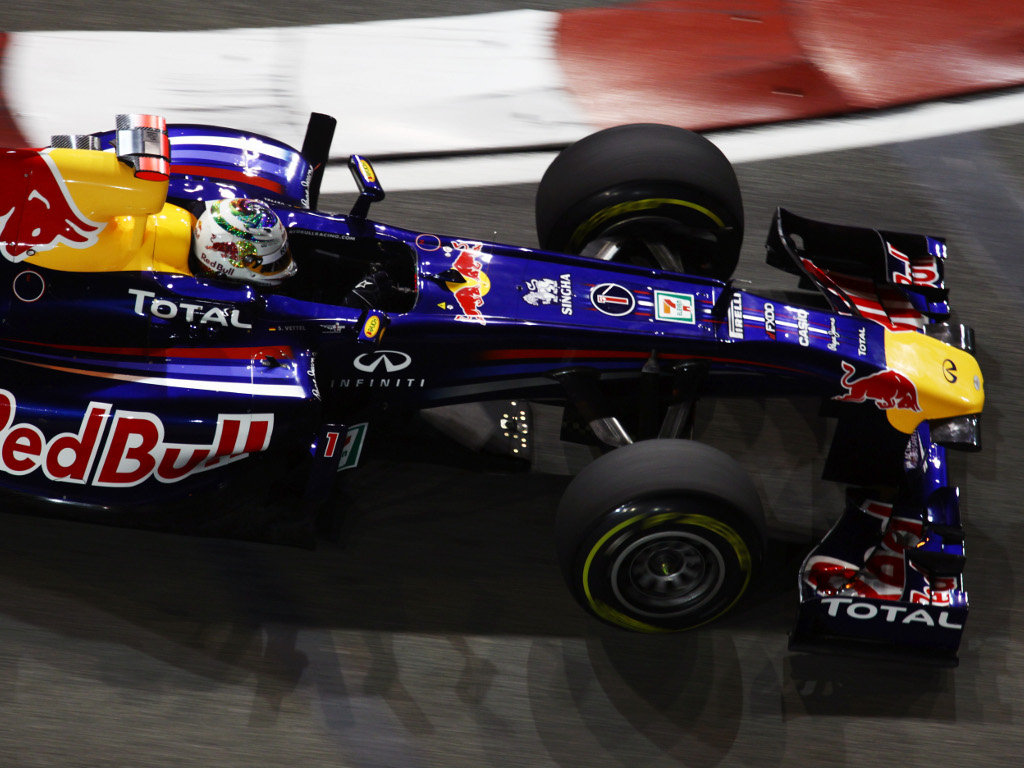 Can Red Bull return to form at Sebastian Vettel’s favourite race or will Monaco winner Webbo have the night to remember?

And so to Marina Bay, undoubtedly one of the highlights on the F1 calendar and the only 100% night race. The rule in F1 is that if you are going to have a grand prix that ends in the dark, the circuit has to have the word ‘Marina’ in its title (Marina Bay/Yas Marina). So there’s hope for Chertsey yet.

Everyone is still playing catch-up with Fernando Alonso (pointswise) and McLaren (formwise – having won the last three GPs in Hungary, Belgium and Italy), though the Woking team are taking nothing for granted.

Sporting Director Sam Michael has pointed out: “if you look at the last three races there are various circumstances that may have contributed to our main competitor, Red Bull, suffering in performance. One in particular is the lift to drag ratios of tracks. We have been to two low-drag circuits, Spa and Monza, and those are quite different aero packages compared to what you normally run.”

However Jenson Button’s failure to finish in Italy has been revealed as a fault in the fuel pump, one which Paddy Lowe has reassured his drivers hadn’t happened before and won’t happen again. Unlike Renault’s alternator.

When it comes down to race performance in 2012, it’s all about the tyres and the weather and this weekend we are expecting nightly ambient temperatures of around 30/31C and interestingly the weather graphic is showing rain, thunder and lightning for Friday and Sunday. Everyone’s going to earn their money if it’s a wet night race. Monaco in the wet is bad enough. Should it rain in Singapore you wouldn’t need to be Nelson Piquet Junior to stick it in the barriers.

Paul Hembery from Pirelli (who must take a keen interest in whether it’s going to rain or not) thinks it won’t rain, so maybe the weather forecast on the official F1 site is suffering from a lack of suitable weather graphics. We know for a fact that it won’t be full sun for Saturday qualifying, they just don’t have a full moon to put up there.

Singapore has what you might call high thermal degradation on the tyres, but it’s reckoned that although most of the corners are low speed corners, people will still be looking at two-stops from soft and supersoft tyres. .Last year’s race was won with a three-stop strategy by Sebastian Vettel, but Lewis Hamilton still managed finished fifth place after stopping four times and taking a drive-through penalty for his standard-for-2011 altercation with Felipe Massa.

The big unanswerable question about tyres is: when to stick them on. Every Singapore Grand Prix that has been run since they started in 2008 has had a Safety Car, so 2012 is unlikely to be any different. At least the difference between Monaco and Singapore is that you can make overtaking moves, but it’s not always easy, even with a DRS zone.

In years gone by there’s been a fair deal of acrimony shared around – Mark Webber put Lewis Hamilton out of the race one year, Kimi got airborne over the kerbs and shunted his Ferrari, Lewis bumped Felipe last year, Fernando Alonso had an inexplicably early pit-stop in his Renault days followed by a miraculously well-timed crash from his team-mate that handed Alonso the race, Felipe Massa has driven down the pitlane trailing half a refuelling rig, Heikki’s had a bit of a burn-out. It all can kick off at Marina Bay.

Surely that’s got to have Kimi Raikkonen smiling. The stealth competitor in this year’s title race was out of contention for a podium at Monza but still managed to amass some points. This weekend he’ll be rejoined by Romain Grosjean who comes out of the F1 sinbin to take part in one of the five most difficult starts on the race calendar. If Romain can’t see other cars in bright sunshine…

Red Bull are never far away on street circuits with Webbo having won in Monaco and Sebastian having won here last year at what he claims to be his favourite race. Mark often gets support from West Coast Australians, because it’s not that much further to fly to Singapore than it is to Melbourne and he could do with a boost right now. Both Red Bull drivers will hope that they, the McLarens, Maldonado (who’s been supreme in Monaco when he hasn’t been out for a sideswipe) and maybe a Sauber and a Merc can get between themselves and Fernando Alonso on the grid.

Alonso proved in Valencia that in the right mood he is the ultimate street-fighting man no matter where he qualifies on the grid. This time he won’t be counting on Felipe Massa to put it in the wall on Lap 13…