Home Uncategorized The time is right for Lotus 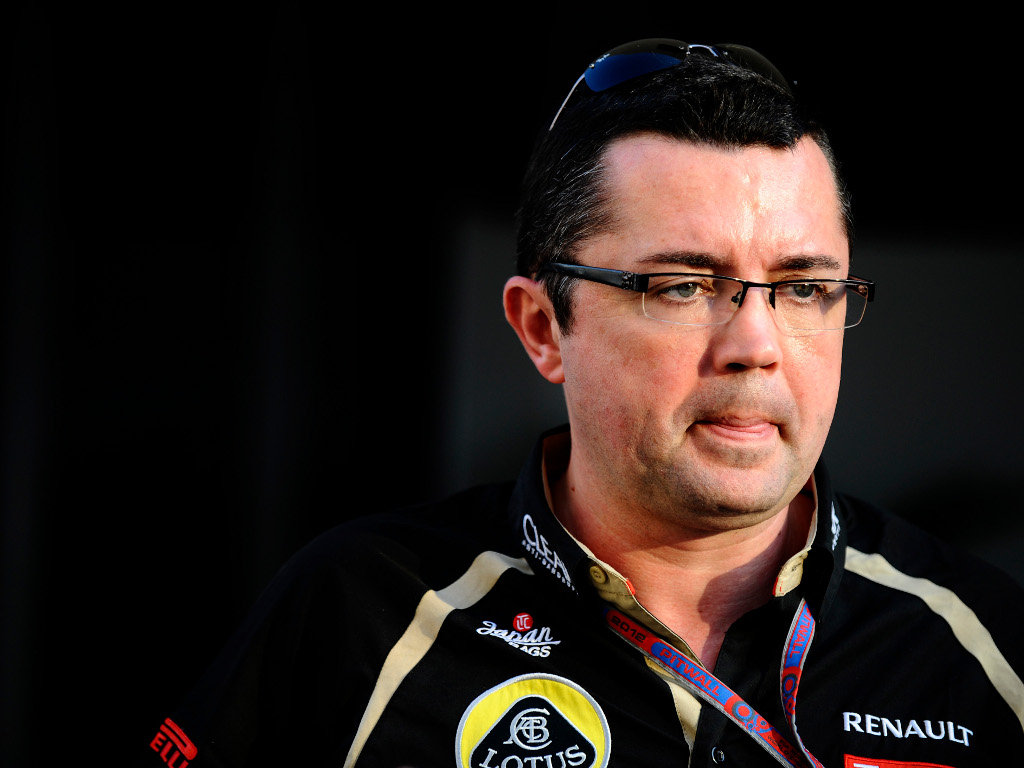 Lotus F1 team principal Eric Boullier says they are ready to ‘play with the big boys’ in Formula 1 this year.

The Enstone team was the first to reveal its 2013 challenger yesterday, with Kimi Raikkonen and Romain Grosjean onhand to unveil the new E21.

What they revealed was a car similar in appearance to last year’s E20, a result of barely altered regulations, but that didn’t stop Boullier from being incredibly bullish about the season ahead.

“I think it is fair to say that great things are possible,” the Frenchman said.

“The leap we made from 2011 to 2012 showed what we are capable of. Add to this the continuity and potential of our driver line-up and we have a very powerful cocktail for the season ahead.

“Our ambitious plan to turn ourselves into one of the top teams in F1 is coming to fruition and now we need to harness this with strong and regular podium results.”

Boullier is confident that 2013 will be the year that Lotus really announces itself as a major contender.

“We are lean and hungry,” he said. “Enstone knows how to win championships, but it is a while since we have won one, so we are very eager to taste glory again.

“We have a fantastic facility at Enstone, and one which has benefitted from significant and strategic investment over the past couple of years. We have a highly accomplished technical and design team who, last year, produced a fantastic car, the E20. The E21 builds on this.

“We also have a superb driver line-up with the 2007 champion, Kimi, and a hungry young gun in Romain. We have further strength in our partners and we are certainly primed and ready for action.”

Boullier added that nothing less than an improvement on last year’s fourth place finish in the Constructors’ Championship would do.

“We want to do better than we did last year,” he said.

“2012 was a good season for us – certainly in the context of the previous season – but we, like every team in this highly competitive sport, want to win. We want to make regular appearances on the podium, and add to our tally of appearances on the top step.”