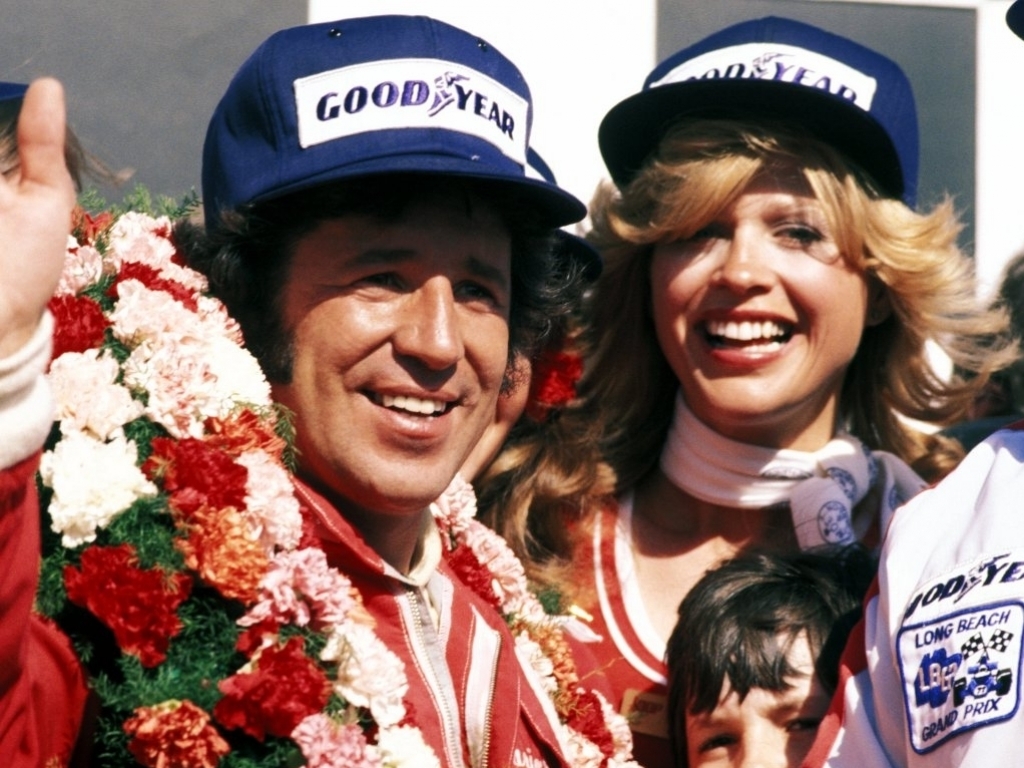 Mario Andretti tastes success on home soil, confusion at the 2003 Brazilian Grand Prix and more as we look back in time.

2 April
1926
Sir Jack Brabham was born on this day and he founded the Brabham team along with Ron Tauranac. The Australian went on to win three Drivers' Championships in 1959, 1960 and 1966 before retiring after the 1970 season.

1978
Ferrari's Carlos Reutemann tastes victory at the United States Grand Prix West ahead of local hero Mario Andretti in the Lotus-Ford and Patrick Depailler in the Tyrrell-Ford.  Gilles Villeneuve crashed out while in the lead at Long Beach.

2006
Albert Park in Melbourne hosts round three of the season and Fernando Alonso claims the win, the 10th of his career, for Renault with McLaren's Kimi Raikkonen third and Ralf Schumacher in the Toyota completing the podium.

3 April
1977
Mario Andretti becomes the first American to win a Formula 1 race on home soil as he takes the chequered flag for Lotus at the second United States Grand Prix West at Long Beach. Niki Lauda was second for Ferrari with Jody Scheckter third for Wolf-Ford.

1988
The renamed Autodromo Internacional Nelson Piquet in Rio de Janeiro hosts the first race of the season and Ayrton Senna gets the hopes of locals up by claiming pole position. However, it wasn't to be as his McLaren-Honda team-mate Alain Prost took the win with Gerhard Berger from Ferrari second and Nelson Piquet third for Lotus.

2004
The Bahrain Grand Prix makes its Formula 1 debut with the country becoming the first Middle Eastern nation to host a race. Michael Schumacher went on to claim the hat-trick of pole, race victory and fastest lap for Ferrari with his team-mate Rubens Barrichello second and Jenson Button third for BAR.

6 April
2003
Kimi Raikkonen in the McLaren takes the chequered flag at the Brazilian Grand Prix with Giancarlo Fisichella second for Jordan and Fernando Alonso third in the Renault. However, the race was red-flagged due to safety concerns following heavy rain and it led to confusion over whether the result should be taken from the order on lap 53 or lap 54.

The issue ended up in court and Fisichella was handed the win on count back, marking Jordan's final win, with Raikkonen second and Alonso third. An unofficial ceremony was held during the next race weekend at Imola where Raikkonen and Ron Dennis handed over the winning trophies to Fisichella and Eddie Jordan.

2008
Felipe Massa makes it a 1-2 for Ferrari at the Bahrain Grand Prix ahead of Kimi Raikkonen with Robert Kubica third for BMW Sauber.

2014
Bahrain hosts the third round of the Championship and it's once again dominated by Mercedes as Lewis Hamilton wins ahead of team-mate Nico Rosberg with Force India's Sergio Perez third. The race will be remembered for the intense battle between the two Merc drivers.

7 April
1984
Niki Lauda wins the South African Grand Prix with McLaren-TAG, coming from eighth on the grid at Kyalami to beat his team-mate Alain Prost by 1:05.950 while third-placed Derek Warwick was lapped.

1985
The season kicks off in Brazil with the Autodromo Jacarepagua in Rio de Janeiro hosting the race. Alain Prost in the McLaren-TAG won ahead of Ferrari's Michele Alboreto with Elio de Angelis in the Lotus third. The race also marked Nigel Mansell's first with Williams, but he retired after eight laps due to an exhaust problem.

1996
The Autodromo Oscar Alfredo Gálvez in Buenos Aires hosts the Argentinian GP, the third round of the season. Damon Hill makes it three wins from three races for the season with Jacques Villeneuve completing a Williams 1-2 and the Benetton of Jean Alesi third.

8 April
1966
Mark Blundell, who drove for Brabham, Ligier, Tyrrell and McLaren, was born on this day. He claimed three podiums during his Formula 1 career.

1979
Long Beach in California hosts the United States Grand Prix West, the fourth round of the Championship, and Giles Villeneuve claimed the coveted hat-trick ahead of Ferrari team-mate Jody Scheckter with Williams' Alan Jones third.

2000
McLaren-Mercedes' Mika Hakkinen takes pole position at the San Marino Grand Prix ahead of Michael Schumacher in the Ferrari and David Coulthard in the other McLaren.

2007
The Malaysian Grand Prix at Sepang marks the second round of the season and McLaren claimed their first 1-2 finish since 2005 as Fernando Alonso leads Lewis Hamilton home with Kimi Raikkonen third in the Ferrari.