Home Uncategorized This Week In History… 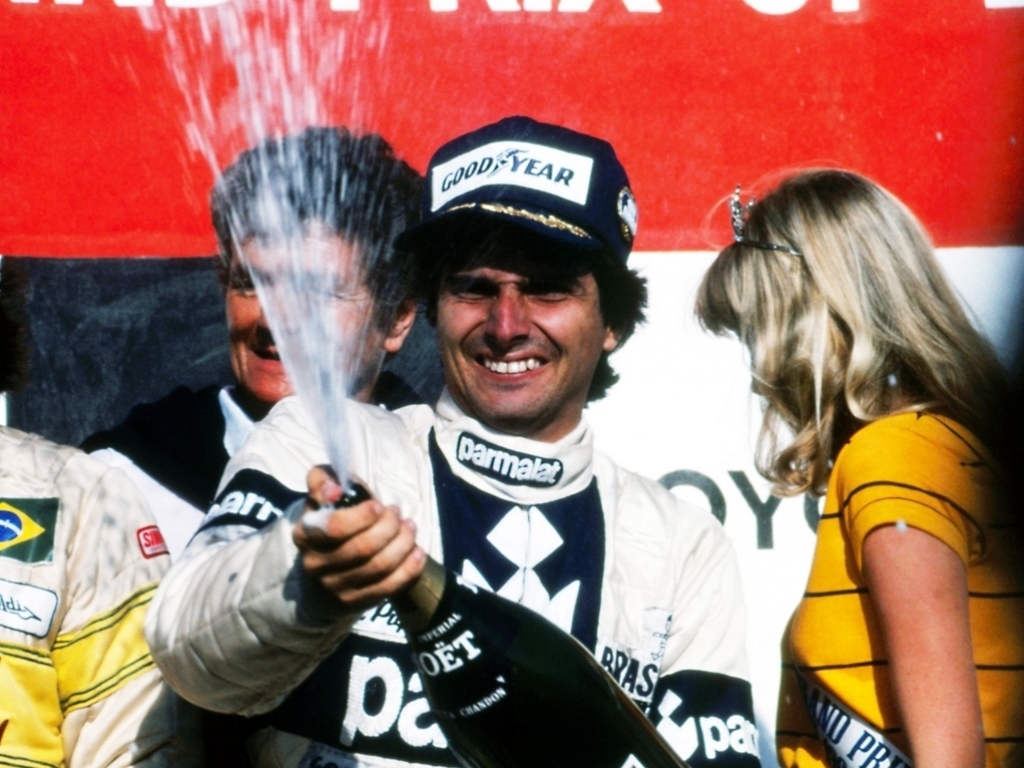 March 26
– Nigel Mansell became the first man since Mario Andretti in 1971 to win on his Ferrari debut as he came from sixth on the grid to take the 1989 Brazilian GP ahead of Alain Prost and Mauricio Gugelmin.

– In 2000 Michael Schumacher made it two from two as he follows up victory in the season-opening Australian GP with more success at the Brazilian Grand Prix. After the race stewards disqualified all of the top six cars except for Giancarlo Fisichella as they had problems with their wooden floors. The teams appealed but while the FIA was scrutineering the cars again, they found out that the front wing endplates on David Coulthard's car were 7mm lower than they should have been. Thus, the position of everyone except for Coulthard, who finished second, was reinstated.

Coulthard's disqualification meant Jenson Button finished sixth and scored his first-ever points and set the record for the youngest F1 driver to score a point in the process.

March 27
– John Watson comes from 22nd on the grid to win the 1983 United States Grand Prix at Long Beach for McLaren. His team-mate Niki Lauda started one place behind him and finished second, 27.993s adrift, with René Arnoux in the Ferrari third.

– Sebastian Vettel kicked off the 2011 season with victory at the Australian GP with McLaren's Lewis Hamilton second and Vitaly Petrov third for Renault. It was the Russian's first podium.

– Former Williams, McLaren and Red Bull driver David Coulthard was born on this day in 1971. DC won 13 grands prix during his career and finished runner-up in the 2001 Drivers' Championship, which was won by Michael Schumacher.

March 28
– Although the Safety Car was first used in 1971, the modern-day use of the Safety Car made its introduction at the 1993 Brazilian GP with the Fiat Tempra the car of choice. The race also saw Damon Hill's first points and podium as he was P2 behind Ayrton Senna.

– Argentina's Autodromo Juan Oscar Galvez track was due to host the second grand prix of the 1999 F1 season, but the race was cancelled before the season got underway. The country hasn't appeared on the F1 calendar again since then.

– In 2010, Jenson Button won his first race for McLaren with Robert Kubica in the Renault second and Ferrari's Felipe Massa third.

– Spaniard Marc Gene, who scored just five points in 36 F1 races, was born in 1974. The Minardi and Williams racer's best finish was a fifth place at the Italian GP in 2003.

– Nelson Piquet claims the first of his 23 Formula 1 victories as he wins the 1980 United States Grand Prix West at Long Beach ahead of Riccardo Patrese and Emerson Fittipaldi.

– Former team owner and current BBC Formula 1 analyst Eddie Jordan was born on this day in 1948. The likes of Damon Hill, Michael Schumacher and Rubens Barrichello.

– Both Lola cars withdrew from the 1997 Brazilian GP for financial reasons and took no further part in the season.

March 31
– Damon Hill claimed the victory at the 1996 Brazilian GP and in doing so beat his father Graham Hill's record of 14 race wins. Six different teams scored points on that day.

– Michael Schumacher qualified in pole position for the 2001 Brazilian GP beating his brother Ralf to P1.

April 1
– David Coulthard wins the 2001 Brazilian GP with McLaren ahead of Michael Schumacher in the Ferrari and Sauber's Nick Heidfeld, who scored his first-ever podium in F1.

– Juan Pablo Montoya was on track to win the 2001 Brazilian Grand Prix when Jos Verstappen piled into the back of his BMW Williams.