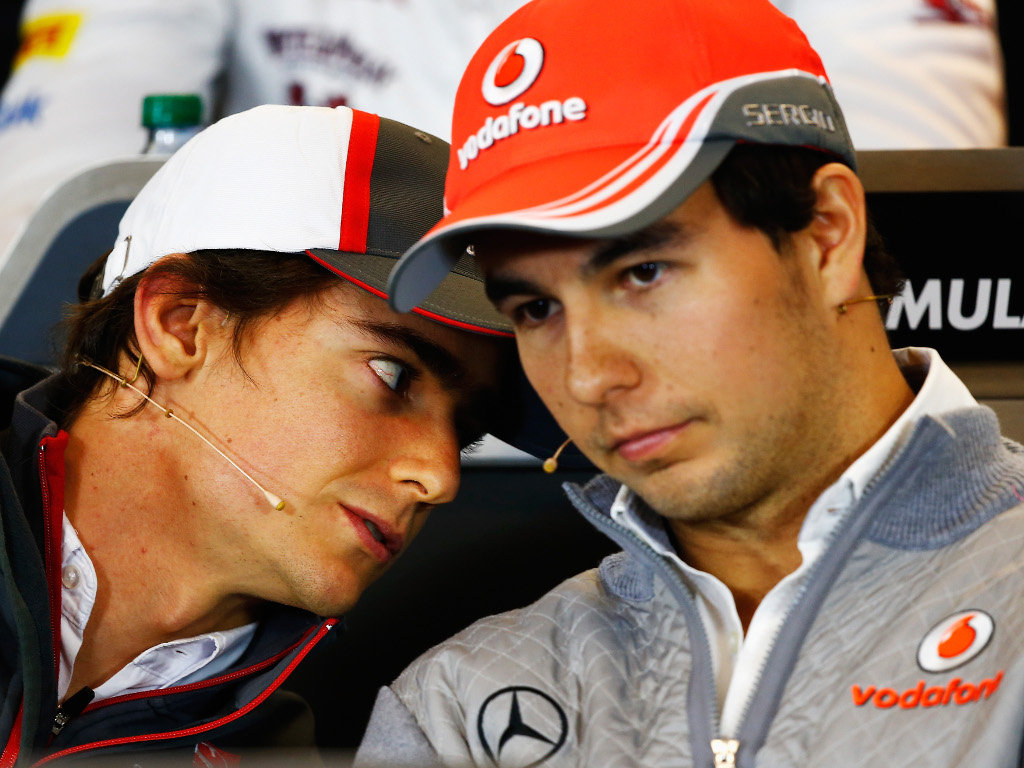 Question: Sergio, we know that you’re leaving McLaren, because you’ve told us that, and obviously we learned today who will be replacing you, but could you explain how this came about and particularly the timing?

Sergio PEREZ: First of all, hi everyone. As you already said, on the letter I did, and I published that. There is no secret. Everything came really late, which puts me in a very difficult position for my future. But at the end it came. I’m relieved. Obviously, McLaren is a great team, I have nothing bad to say about them. I really want to wish them the best. We have had a very difficult season all year long. It was definitely not what I was expecting and also not what McLaren was expecting, especially as when I signed for them they had such a competitive car and it’s not what we have right now and we didn’t have it all season long. It’s no secret that it has been a disappointing year for both parts. McLaren decided to go another route, I have to find my own route and hopefully I can find the best possible seat available for my career, because I am only 23-years-old, I have a lot to give to the sport and I really hope I find a good seat.

Q: As you say, it’s all happening quite late now. What are your options for next year and do you feel there is still time, because it seems a very fluid driver market at the moment?

SP: There’s no secret, it’s very, very difficult right now. I know there are some options. As I said before, I want to stay in Formula One but I will no stay in F1 just to stay. If I don’t find the right option for myself then I have to look at something else but I’m pretty confident something good will happen and hopefully I find a good seat. I think I have a lot to offer a team. I have been three years in F1, one year with McLaren. A very difficult year but I think I learn a lot. I think this year, although it has been very difficult and probably one of the worst in terms of results for myself, I think I am a good driver and I can do good things out there.

Q: Thank you for that. Moving on to you Esteban. Obviously you’ve been doing pretty well lately, a big score for you in Japan. What’s been the catalyst do you think for you turnaround in the last period?

Esteban GUTIERREZ: Well it’s all related to a balance to between how conservative you want to be and how risky you want to be and how much you want to put yourself in a risky position. It all takes time. In Formula One right now there’s not a lot of testing, I didn’t do a lot of testing at the beginning of the year and a lot of things I took time to adapt [to]. Somehow during the year I was gaining a lot of experience even though the team situation was not the best. There was always quite a lot of distractions around with the economical situation but finally I found myself through a good challenge and to find myself and to find the right balance on every aspect and then decided to do a step into the more aggressive side and it worked out pretty well. This is the rhythm we have been showing lately and this is how I plan to go towards the future.

Q: As we’ve been mentioning, one of the themes of this part of the year is a very fluid driver market for 2014, where do you fit into that?

EG: There are a lot of things happening around, that’s true. At the moment I’m focused on what’s happening right now. Right now we are in Austin, it’s a very important race for us, one of the most special of my career, of our careers, because we are both Mexicans. We are here to do our best and we have great opportunities to do good results in these last two races. So I’m going to try to take advantage of that and then after that see what’s going to happen. Obviously at the same time we have been looking to different options. My idea is to continue with Sauber, obviously, because we have been working on a good relationship for a long time and we’ll see what’s going to happen next year.

Q: Paul, 48 points on the board now in the Drivers’ Championship, big score last time out in Abu Dhabi, points in the last two races. Has this put some momentum into your season at an important moment?

Paul DI RESTA: I think the result in Abu Dhabi was massive and I think very crucial for us to try and do what we did. I think, given on the back of the points we scored in India, we went to Abu Dhabi with a car that was very consistent and achieved in the race something that nobody else did. But I think more importantly, if you have the confidence in the car you can do it. It’s such a crucial point of the year for our championship position over the likes of Sauber. We showed that we didn’t have the speed over one lap but we had the speed over a race and we definitely scored big. Hopefully that’s going to be enough and we can come into the last two races trying to secure the Constructors’ position but equally trying to score points because the vibe in the team is very good. I think that given very little has changed… I think it’s more about team effort and everybody’s lifted their game and the results show that.

Q: Presumably it’s quite important because, as we’ve been discussing, a very fluid situation in terms of the driver market at the moment. Does it feel quite late to you, for this all to be going on now, particularly given that 2014 is all about new technology, the packaging of the driver etc., there’s an awful lot of work to do. It’s quite late for all of these driver options to be up still.

PDR: I think it’s very late, given where it all is at the moment – but what can you do? You need to accept where the team principals and equally the shareholders, where they are. But I suppose in probably less than ten days’ time is when the focus is going to change away from this year and more importantly onto next year’s car. The big task for us as a race team at the moment is to get out there and score points in these two and not take the focus away. That’s what I’ll do this weekend but we need to continue to keep doing that and hopefully it’s enough.

Q: Jules, obviously the only driver sitting here at the moment that has a confirmed seat on the grid for next year. Is that a relief, sitting here right now?

Jules BIANCHI: Well for sure it’s a great thing for a driver to be confirmed for next season, you know? I feel really confident with the team and I am really happy to stay in Marussia and that’s why we’re trying to do our best for the end of this season and I am focussed 100 per cent to finish well these two races. I think it’s great for me.

Q: It’s been a pretty good season for you all-in-all. Marussia still tenth in the championship based on that result you go early in the year. Do you feel you’ve been as consistent as you hoped to be as