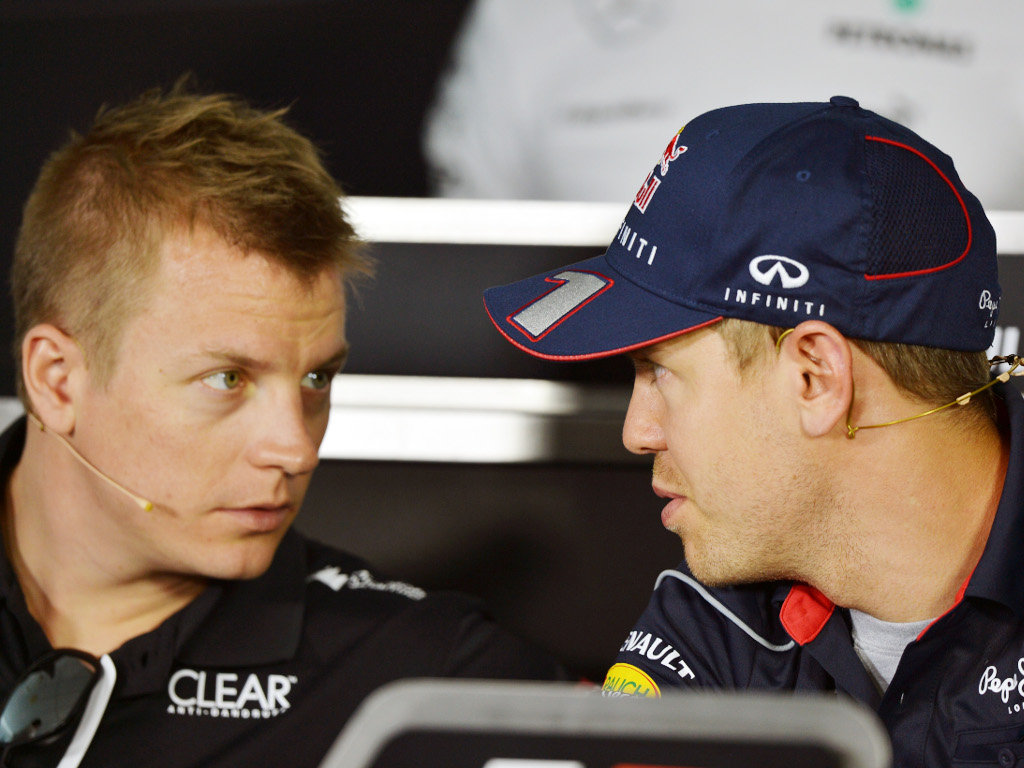 Q: Gentlemen, welcome. Let’s start with you Mark. There have been a couple of retirements from the sport, so you’re the oldest man on the grid this year – don’t worry, you don’t look it just yet. Home race to start the season. Pretty much everyone here apart from Kimi has a home race. Is it good to get one out of the way first of all, all the pressure and extra attention that goes with it?

Mark WEBBER: I think it’s just great to come to Australia at any stage let alone for a race, so we’re all looking forward to finally getting racing. There’s a lot of testing that goes on in Spain and we can all get down to what we all enjoy doing and that’s racing the cars. So, yeah, all the teams, drivers come here with a little bit more anxiety let’s say just because it’s the first grand prix of the year, whether it’s pit stops or whatever department you’re in, it’s a fresh challenge for the new year. For sure around round six, round seven everyone is more comfortable with their jobs but it’s the same for everyone. It’s a great event and looking forward to getting into the car.

Q: Daniel, I’m sure you’re looking forward to getting into the car as well for what is your home grand prix. It’s your second full season at Toro Rosso – extra pressure that goes with that? You against Jean-Eric Vergne. Is it a shootout between the pair of you? How do you see your season coming?

Daniel RICCIARDO: Just hanging out for it to start, actually. Obviously I’ll try and take the experience I learned from last year and bring it into this season; a bit of extra confidence and whatnot and then just try to get some better results and start to creep up the order a bit. That’s really the plan. You always want to try to beat the team-mate. That’s always there, but I’m definitely focused on myself and just do than usual, not doing any dramatic changes.

Q: I’m not sure there’s anything that’s pretty much usual for you Lewis. New team. Melbourne might be familiar but Mercedes still not quite the familiar team that McLaren would be. How much different is your life at the moment with your new outfit?

Lewis HAMILTON: It’s not that much different. It’s put me in a better place. Just settling into the team pretty well. It’s still a Formula One team and they still exist to win. The guys are doing a fantastic job and I’m really excited about the season and excited to get back in the car.

Q: More excited after Barcelona? It went well that final weekend for you and for Nico.

LH: Not particularly any more excited I think. You can’t really take too much from the tests.

Q: With that in mind Kimi, let’s reflect on yours and Lotus’ chances for this season. A slight touch of unreliability in the tests but a lot of people are saying you, the team are genuine contenders for the title this year. Is that accurate?

Kimi RAIKKONEN: It’s difficult to say but we will see after maybe two or three races where we are. We had a few small issues and unfortunately the issues just took a long time to fix. That happens. I think we should be OK. There are always things that can go wrong but I think we are more or less, speedwise, similar to where we were last year when we started and like I said it’s difficult to say exactly where we will be. We’ll see a bit tomorrow.

Q: Do you believe, going into you second full season since your comeback, that you’re a better driver this year – that the rustiness you had maybe at the start of last year is gone?

KR: I don’t think it’s going to really change. I know the team so it should be a bit easier to start the year but there is no promise that this will give you better results. It’s another year and we’ll try to do as well as we can.

Q: For you Fernando, another year but a much better car than this time last year – 200 times better I think you said, the Ferrari in 2013. Is this your best chance to become a world champion at Ferrari?

Fernando ALONSO: We’ll see. I think it was not difficult to start better than last year because it was difficult to start any worse. We were a little bit too far behind and the winter has been much better than the last year, understanding the car and working with the car and getting the results we more or less expect. That will give us much more confidence and optimism to start the season, but who knows. I think it will be a very interesting championship, very challenging first part of the championship with Australia, Malaysia. Difficult circuits, difficult weather as well – changeable. So we need to start on the right foot and hopefully scoring some good points for the championship.

Q: And Sebastian, three consecutive titles. How much difficult is a fourth title in a row now that you’ve got those three in the bag or does it make no difference whatsoever?

Sebastian VETTEL: I don’t think it makes a difference. I think every year we start again from zero. I think everyone has the same chance. As we said, testing obviously this year was probably not as conclusive as previous years, so we arrive here not knowing what is going to happen. But I think it is very exciting so as every year, excited to start.

Q: Not knowing what’s going to happen, does that make it even better for you – that the challenge could be tougher ahead?

SV: I think it’s going to be a long year. Obviously we’re looking forward to this weekend and this is the first of many. But I think we’ve seen in the last couple of years, last year in particular, that it’s a long season and every race is very important. So this is the place we start but then there are many other places coming.

Q: Nineteen races ahead and lots of questions to answer. Bob, I’m sure we’ve got a few hands raised among our media delegates here with some questions for the drivers.

SV: I think in winter testing we all suffered the same problem: the tyres didn’t last. It was extremely difficult for us to do a lot of laps on the same set of tyres, to test certain things. We hope it gets better here. Otherwise it could be quite funny.

FA: Nothing to add. Let’s hope it’s different than the tests, with the temperature.

Q: The guys at the front, Daniel, probably have a touch more downforce on their car than the Toro Rosso. Do you feel the effect of the tyres that much extra in the midfield?